The drought and below average national wheat production is meaning other destinations are filling the gaps supplying wheat to SE Asia. 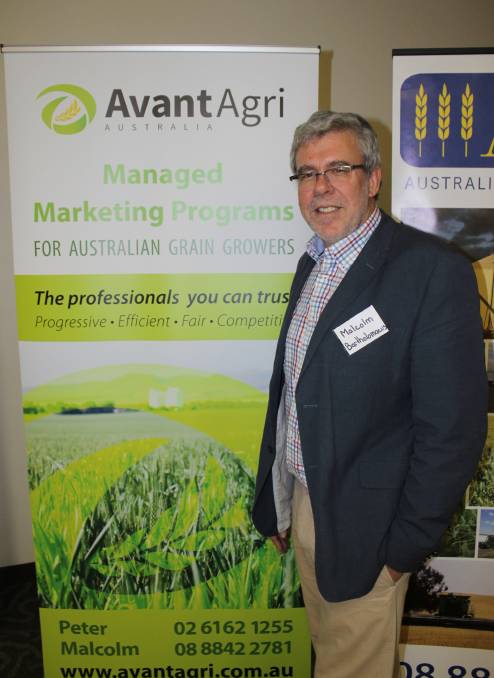 Malcolm Bartholomaeus, Bartholomaeus Consulting, says Australia's run of below average production years is hurting its ability to compete on the export wheat market.

A LEADING Australian grains industry analyst has warned that the succession of below average production years for the Australian wheat industry will lead to an erosion of market position in key regions such as south-east Asia.

Malcolm Bartholomaeus, Bartholomaeus Consulting, said long-term Asian buyers of Australian wheat, forced to look for other suppliers of wheat in light of a lack of Australian product over recent years, were becoming increasingly comfortable with Russian and Black Sea wheat.

"Russia is filling the holes where we used to be and that is pushing us back to the position of a bit-part player on the global wheat stage," Mr Bartholomaeus said.

"Whereas once we were in the top three for wheat exporters we are now in the bottom half of the top ten, well behind the major players."

And it is unlikely Australia is likely to serious step up wheat exports this year either.

The Australian Bureau of Agricultural and Resource Economics and Sciences (ABARES) currently has national wheat production at 21.2 million tonnes, a significant step up from last year's 17.1m tonnes, but still well below the average over the past 30 years of around 25m tonnes.

The Australian wheat sector's first priority is supplying the lucrative domestic market, where high meat prices have meant buyers are happy to buy well above export parity for reliable sources of grain.

Western Australia, and to a lesser extent SA, were the only states to have meaningful wheat export programs last year, with both Queensland and NSW net deficit in terms of supply and demand.

Mr Bartholomaeus said in spite of good rain over the autumn and early winter in parts of southern and western Australia, overall rainfall was still down on average.

"Nowhere in the country has escaped the sea of red when you're looking at rainfall figures for the full 12 months and out to 2 or 3 years, it has been a cumulative drought and that is preventing Australian production rebounding and as a result we are losing market share in those traditional markets."

"We're right down the order now with the emergence of Russia and Ukraine and even the European Union is now exporting more wheat than us."

Looking forward, Mr Bartholomaeus said the lack of reliability regarding production was a concern.

"We're in a vulnerable position while so much of the growing areas remain dry when you have other sellers with much more reliable climate that can compete into the same markets."