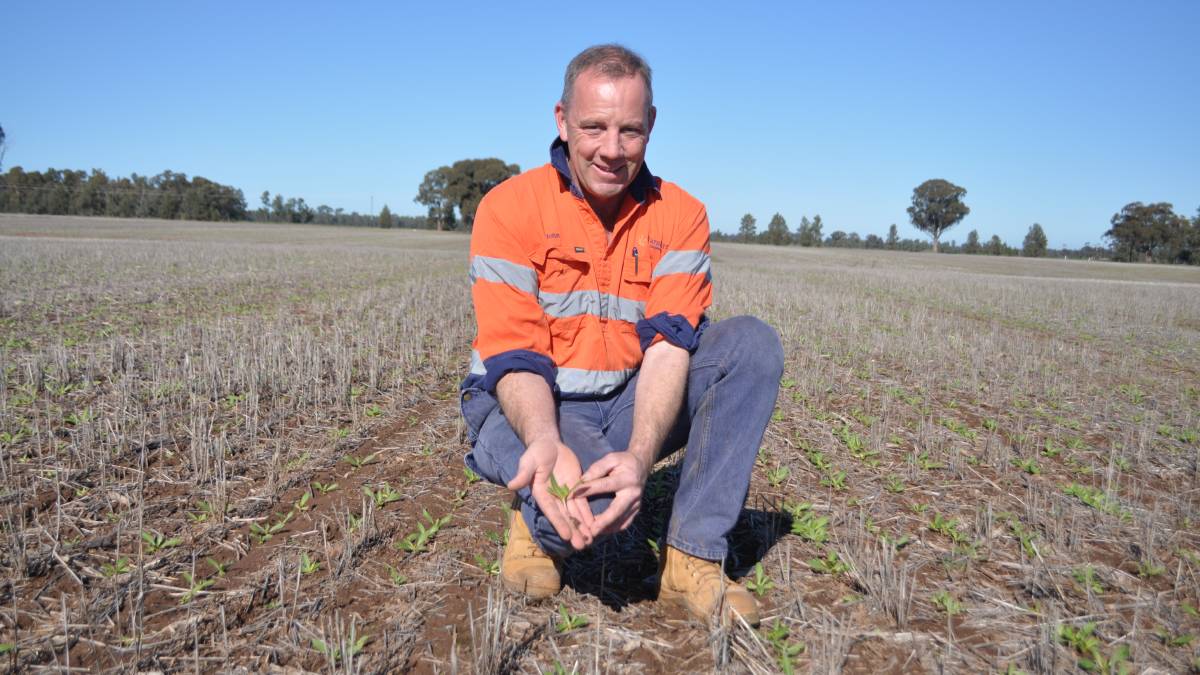 Lockhart grower, John Stevenson is one of the first in Australia to grow GM safflower commercially. His safflower crop was planted on May 30th at 3cm with a disc seeder. It's expected to be ready to harvest in mid-January.

New markets for safflower are opening up after a genetically modified version of the oilseed crop was commercially released last year.

"Instead of bringing in an external gene to make the plant resistant to herbicide or insecticide, CSIRO scientists have applied their RNAi technology that enables the over-expression of oleic acid in the plant," Mr Hudson said.

"For every litre of oil that's crushed out of the plant it's got about 92 per cent oleic content."

Mr Hudson said these properties meant safflower could be used in a range of products, from lubricant for motor vehicles to cosmetics.

"The industrial market that the oleic oil is going into is a huge global market," Mr Hudson said.

"This market is distinct from oil from canola, sunflowers and soy beans that go to the food industry.

"It's a higher value market and that value will flow back down for the grower."

First commercial crops in the ground

Lockhart grower and manager of Warakirri Cropping's Orange Park, John Stevenson, is one of the first in Australia to grow the GM crop commercially with 110 hectares planted this year.

Mr Stevenson said if a stable market for the crop is found, it could be a great alternative to canola with safflower attractive for both its agronomy and farm management benefits.

"For us it's an alternative crop that has potential to get roots deep to open up soil where we haven't really had plants grow before," Mr Stevenson said.

"It also has the advantage of spreading our seeding and sowing window, we plant it later and harvest it much later so it will take the pressure off some peak periods." 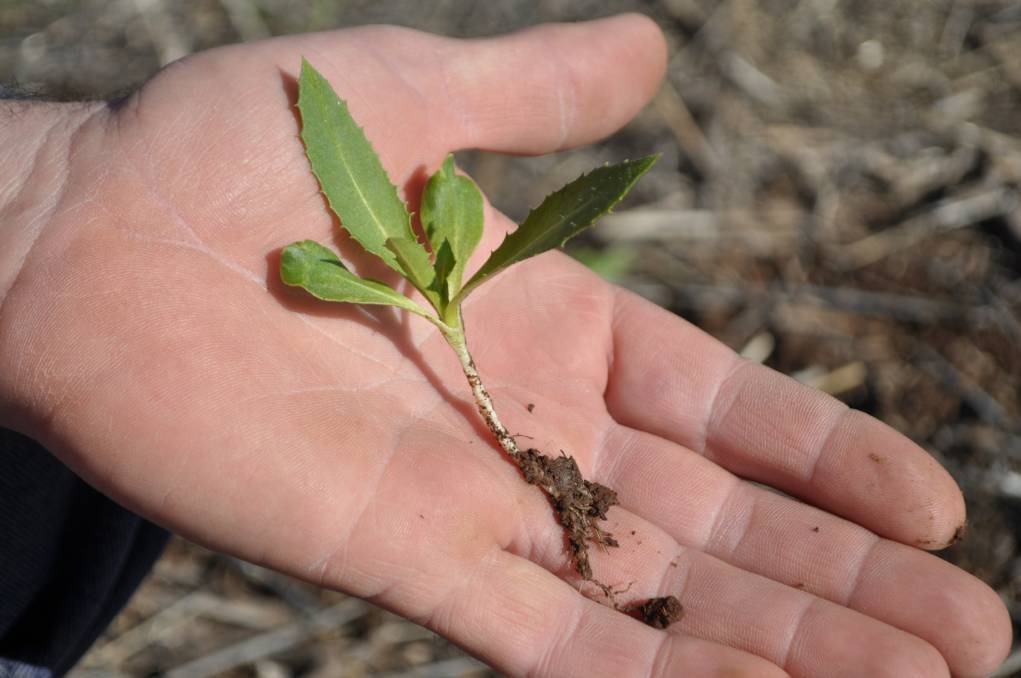 This young safflower could grow up to 90cm by the time it is ready for harvest in January. Its root system can access moisture profiles in sodic soil below one meter.

He said the different growing period could also mitigate risk.

"Having a late crop option is great because it gives us a different risk spectrum for the weather," he said.

Mr Stevenson's crop was planted at around three centimeters on May 30 with a disc seeder. It is predicted to be ready for harvest in mid-January.

He said they hoped the crop would yield a tonne to the hectare.

"The trial crop at Urana, went 1.8t/ha last year, which was quite incredible given the season, but that was because of the harvest rain, so if you get late season rain it can perform quite well," Mr Stevenson said.

Mr Stevenson said weed management was a challenge with herbicide options limited at this stage.

"There's not a lot of registered products over safflower at the moment, mainly because its a minor crop," he said.

"But we did a double knock at seeding, putting out glyphosate followed by paraquat and we've had a really good result.

He said it was exciting that Australia was leading the way with this technology.

"It would be great to find something for Australian growers that adds a bit more value to what we do," Mr Stevenson said.

Safflower could be a sodic soil solution

Delta Agribusiness Young agronomist, Dave Crowley said he was interested in safflower because of its potential to produce on sodic soils.

"We've got significant moisture at below a metre depth and canola doesn't seem to be able to penetrate that on certain soil types," Mr Crowley said.

"We think safflower might be able to do that quite nicely so we're looking at it as an alternative break crop to canola.

"Safflower can access water deeper in the profile because of its root system and its ability to handle salt or sodium at depth."

Mr Crowley said while he didn't believe safflower could compete with canola yields in eastern regions like Young, it could be a good solution for his clients west of Grenfell, around Quandialla and Caragabal.

"It won't replace canola by any means but its certainly another string to the bow," he said.

He said despite the agronomy benefits, it was the opening markets that really made it worth considering.

"It's because of this new super high oleic oil that we're having a look at it, if it was just for bird seed it probably wouldn't have much traction," Mr Crowley said.