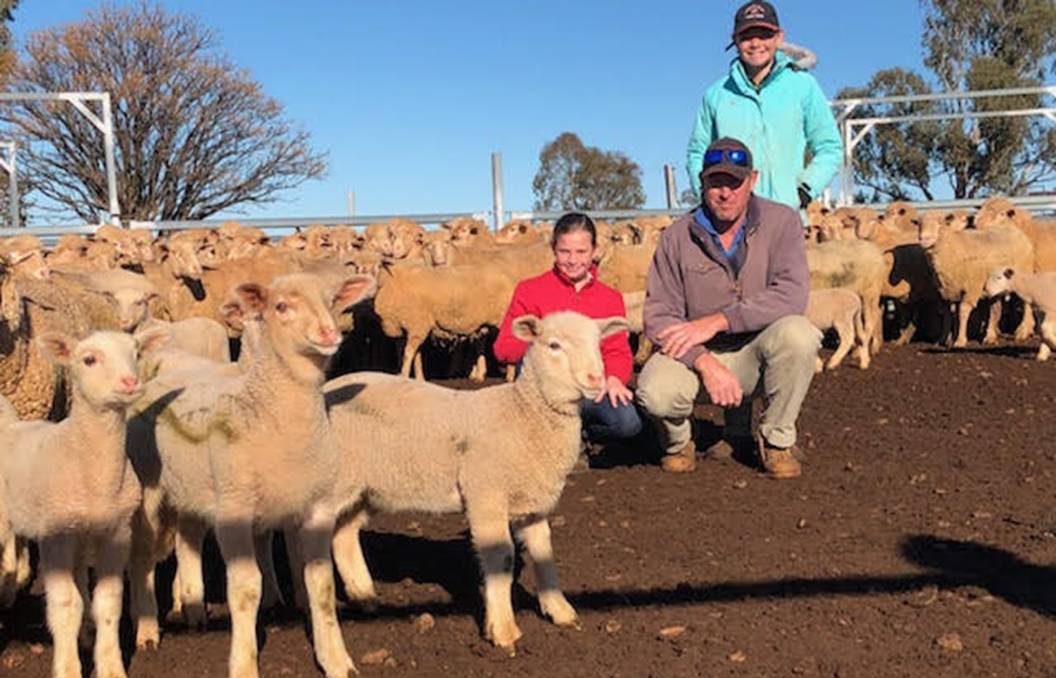 STRONG GROWTH: Evan Fealy, pictured with his daughters Liv and Jess, has been using White Suffolk genetics for the past six years, over SAMM ewes.

Adding White Suffolks to the mix at Mt Ulva, Urana, has resulted in top quality lambs and great first-cross mothers.

Adding White Suffolks to the mix at Mt Ulva, Urana, has resulted in top quality lambs and great first-cross mothers.

The Fealys were early adopters of the SAMM breed, and have now been using them for 20 years.

"My father was pretty keen on the breed, looking for a dual-purpose self-replacing animal, and since we split the partnership up about six years ago, I've been using White Suffolks for a terminal cross," Mr Fealy said.

"I was quite impressed with what Paul (Routley) was doing at Almondvale, so we were crossing a few hundred ewes to start with and now it's about half the flock.

"We've been really impressed with them. Paul's very passionate about genetics, and they're the whole package.

"They need to have a nice long body, but no big heads or shoulders so there's no issues with lambing."

Mr Fealy aims to turn his first-cross lambs off as suckers, but if the season doesn't allow it, he'll lotfeed them.

"They seem to do really well in the feedlot, and the eating quality is fantastic.

"The SAMMs are really good too, because they've got that intramuscular fat which makes the meat quite tender, so it's a good cross."

He's kept a few ewe lambs in the past, but he's looking to retain more as the first-cross ewes have proven themselves as mothers. 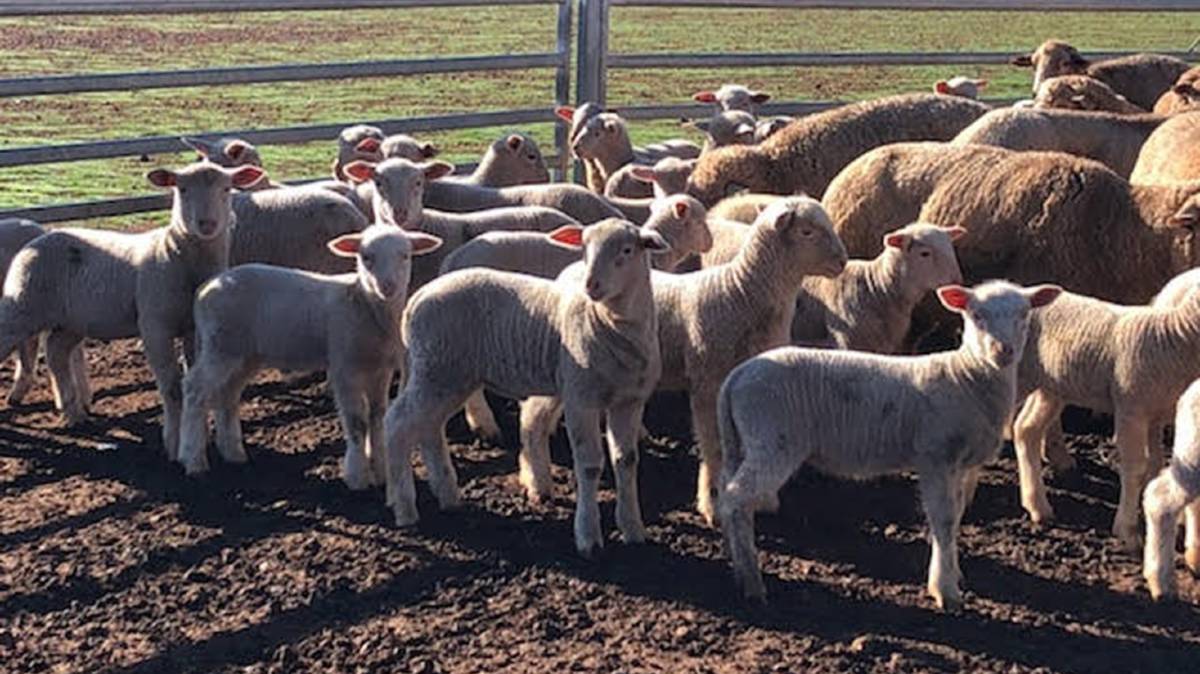 "The SAMMs are great, with plenty of multiples, but even with the first-cross ewes, nearly every one is having twins and they're looking after them so well.

"We've been in a pretty tough drought and the White Suffolk-cross ewes really look after themselves quite well."

If Mr Fealy is able to turn off lambs as suckers they go over the hooks, but if the market's high, the saleyards are often the better option. 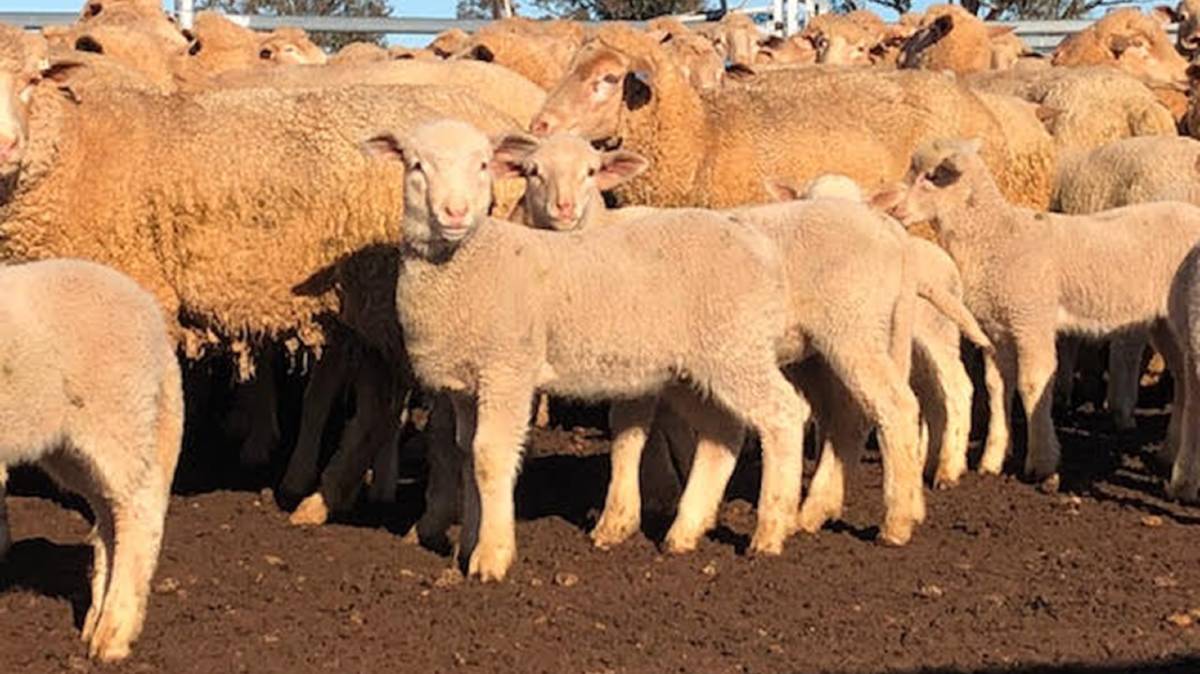 "Coming into last year we'd never seen anything up to 800 cents a kilogram before, and when it hit 800c/kg we thought it was crazy.

Being able to grow grain and hay on farm is a big benefit when it comes to finishing lambs.

If they're finished in the feedlot, Evan Fealy feeds them a ration of barley and lupins in feeders with lime, salt and magnesium in tubs, as well as hay for roughage.

"If we have to feed them we try to take them up to the heavy weights, but the way feed prices are at the moment, that's not quite as attractive," Mr Fealy said.

"When you're feeding, a lot of time goes into them, and there's nothing worse than chasing the market, so I want to be set up and ready to sell when the big prices are coming in. This country is ideal for mixed farming, so it'd be pretty hard to just have stock, because we'd still be buying in fodder, so if you can grow crops for the sheep, that's the way to go."

The Fealys have been improving pastures each year to boost feed levels, but they also grow grazing crops for the sheep.

"The ewes and lambs are on barley and oats at the moment and we'll rotate them through crops to rest the other paddocks," Mr Fealy said.

"We were lucky to get the crops this year. We put them in early, and got a little break after Easter, just enough to get it up, then scored a couple of storms which has set us up. We're still looking for another drink now to keep it going."