Brad Cavanagh of Hardhat Angus with his family, wife Jess, and kids Olive, Henry and Fleur.

Advertiser content: While the last two years have been challenging for beef cattle producers throughout Australia, Hardhat Angus are offering some of their easy care cattle at their 2019 bull sale.

For many beef cattle producers throughout Australia, the last 24 months have been the most expensive period of supplementary feeding in their lives, resulting in a major sell down in the Australian cow herd.

There is little doubt that high quality females will be hard to find when the season breaks, and there has never been a more critical time for cattle breeders to make sure every heifer in the herd is given the best possible chance to produce a quality calf.

Brad Cavanagh of Hardhat Angus inspected the Rennylea Angus Bull lineup in the spring of 2016 with his eye on one bull; Rennylea K522. Since named 'Kodak', K522 appealed to Brad as the highest calving ease bull in that sale, combined with his huge admiration for the genetic data produced from the renowned Rennylea Angus herd. 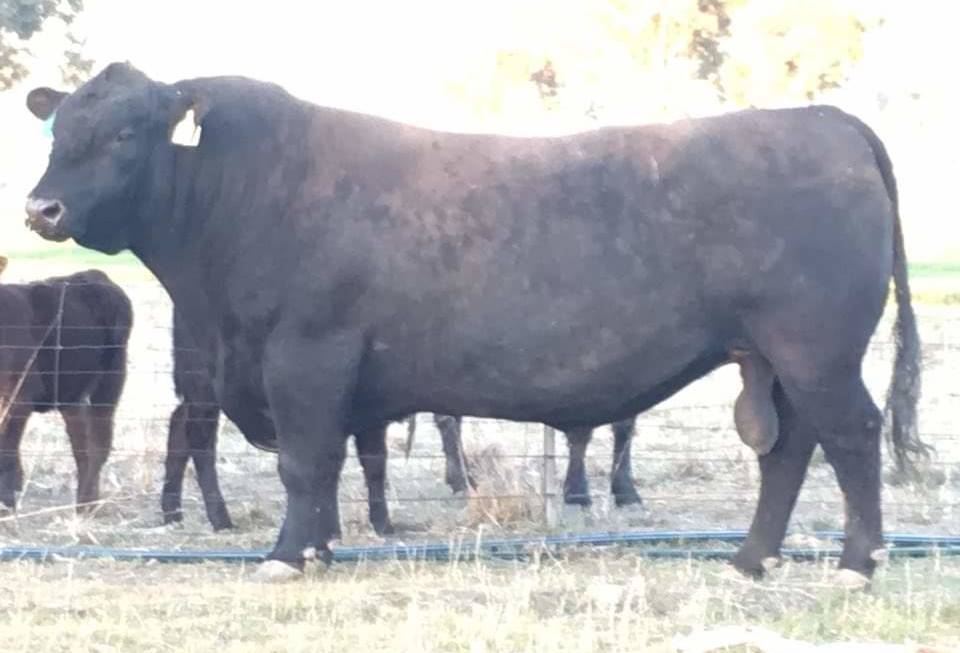 Brad said the way Kodak combines calving ease, fertility and carcase quality is a real credit to him.

"We see calving ease as a highly important trait. Anyone who has calved down a lot of heifers has probably had a bad calving year or two. We breed our heifers to bulls like Kodak and his sons to give the heifer the best chance of producing a live calf unassisted," he said.

"We breed easy care cattle. If I have to pull calves, so will the customers of my genetics, so it's important that doesn't happen." Other areas where Kodak is an elite performer is for marbling and fertility, which Brad explained are two highly important traits to the business.

"Kodak has thrived over the past two years of drought and is an incredibly easy doing bull. His genetic fat data puts him in the top one per cent of the breed for rib fat," he said.

On a structural basis Kodak is now in the top six per cent of the breed for front claw set, and Brad said that having a bull that can improve claw shape on his progeny is a real asset.

"There are plenty of bulls that don't, so that's also pleasing," he said.

"We are very excited about the Kodak sire group for this year's bull sale; they are very uniform and possess the tremendous body length and neck extension of their sire." Brad acknowledged the assistance of his parents Malcolm and Alana Cavanagh who have dealt with the full force of the drought at their Dubbo property.

"It's hard to believe how long this drought has lasted at Dubbo, we wish everyone battling the drought all the best," he said.

"Things at Harden are much better, and we are lucky to present the bulls for sale with no grain feeding required."

Brad also acknowledged the strong support of his wife Jess, and kids Olive, Henry and Fleur, as well as John Chapman for his help on 'Lynwood' at Harden.

Hardhat Angus have catalogued 13 Kodak sons in their September 19 bull sale. A total of 35 two year bulls will go under the hammer at the Harden Showground at 1pm.