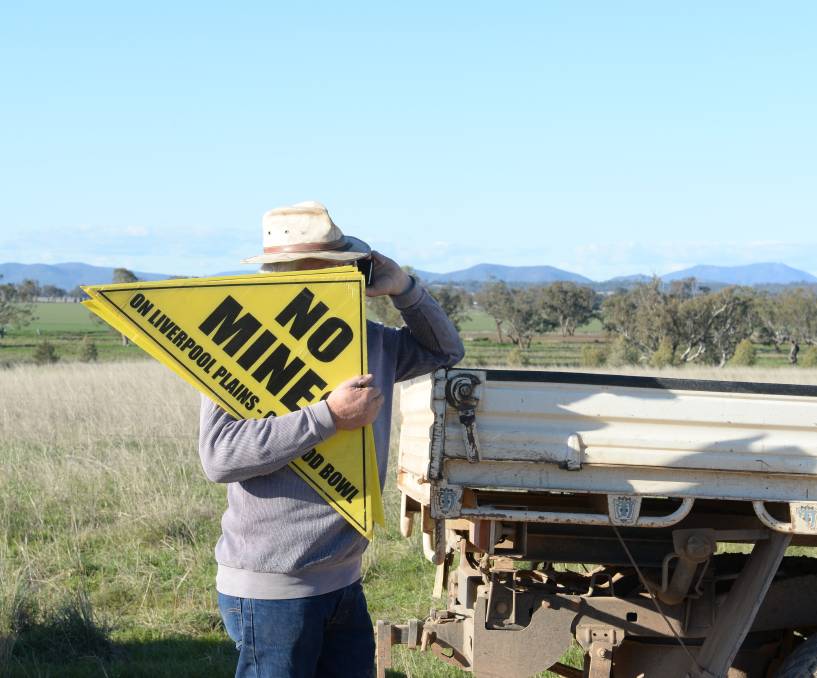 Sweet deal: Chinese miner Shenhua did a $262 million deal with the NSW government to buy the unwanted half of its Watermark coal exploration tenement at Breeza, on the Liverpool Plains. Photo: Rachael Webb

THE NSW government spent $262 million of taxpayers' money on a piece of an exploration tenement that had already been discarded by its owner, Chinese miner Shenhua.

On July 12, 2017, NSW government announced it would buy half of Shenhua's Watermark coal exploration tenement, which covers the fertile black soil of the Liverpool Plains.

The buyback, touted as farmland protection, made no difference to Shenhua's project.

The miner had never planned to mine on the excised area, and many exploration licence renewals halve the original tenement.

Just weeks before the deal, on June 29, Shenhua lodged an application to renew 50 per cent or less of its original licence area, documents obtained by Lock the Gate under freedom of information laws show.

Shenhua's five year renewal application was approved on July 21 in the same year. In the time between the licence renewal application and approval, Shenhua's international boss Dr Ling Weng wrote to Premier Gladys Berejiklian demanding the approval be granted.

In the letter dated July 9, Dr Weng referenced a 'Deed of Settlement' between Shenhua and government, which remains confidential. Significant questions remain unanswered.

Was a deal struck before the application was lodged? Why did government buy a licence area that would never be mined? What value did taxpayers get?

"We know there were deeds of agreement negotiated with Shenhua for the renewal of the this licence, but we don't know why it needed to cost the taxpayers $262m," Ms Woods said.

"We want Mr Barilaro to release the secret documents of this agreement so we can see exactly what this money was paid for."

"It's the same mine, in the same place, the same size, and the same impacts."

A report by the University of NSW, commissioned by the Caroona Coal Action Group, found Shenhua had significantly underestimated the mine's potential impact on groundwater - a particularly contentious issue given Watermark is adjacent to rich, alluvial floodplains.

The report was reviewed by hydrogeologist Professor Ian Acworth.

"If the ground cannot produce the water locally it has to come from further afield. Pumping from a confined aquifer can cause the water level to drop kilometres away," Prof. Acworth said.

Before the mine can be dug, NSW must issue Shenhua a mining licence, which is a legal formality now development consent has been granted.

The miner still requires Commonwealth approval of water, biodiversity and environmental management plans, which have not yet been submitted.