The wasps kill silverleaf whiteflys by laying their eggs inside them. 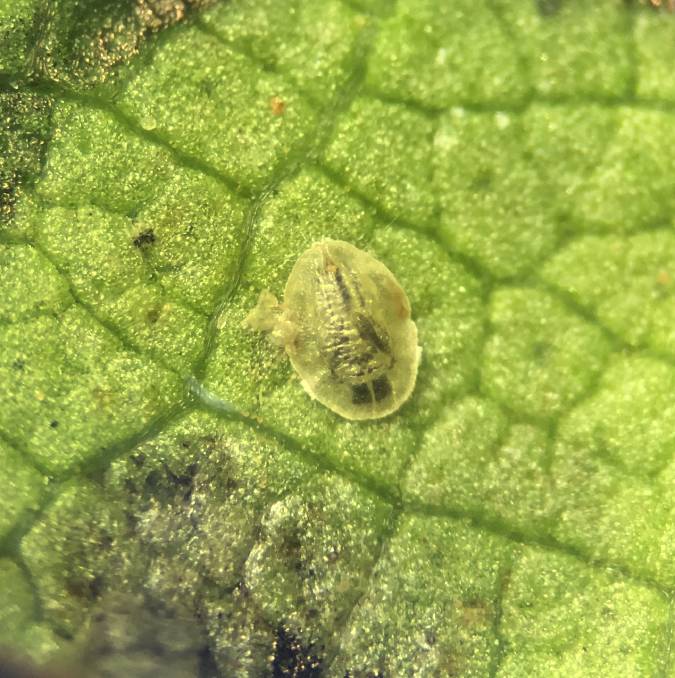 Parasitic wasps could be the tool cotton growers need to fight Silverleaf Whitefly.

A study by Summit Ag's Emma Ayliffe and funded by the Cotton Research and Development Corporation, found releasing parasitic wasps reduced Whitefly in not only the paddock they were released in but adjacent fields as well.

Ms Ayliffe explained that Whitefly was a pest cotton growers usually found late in the season.

"The problem with Whitefly is that their nymphs produce a honeydew, so when the cotton opens up and the lint's exposed, a Whitefly nymph could drop that honeydew down onto it, making it sticky," Ms Ayliffe said.

"Then it's no good for processing, it can even block up spinning wheels at the gin if it's bad enough."

She said the parasitic wasps were able to kill the pests by laying their eggs inside the Whitefly nymphs.

Ms Ayliffe said for the study they did two releases of parasitic wasps at six properties in the Riverina. 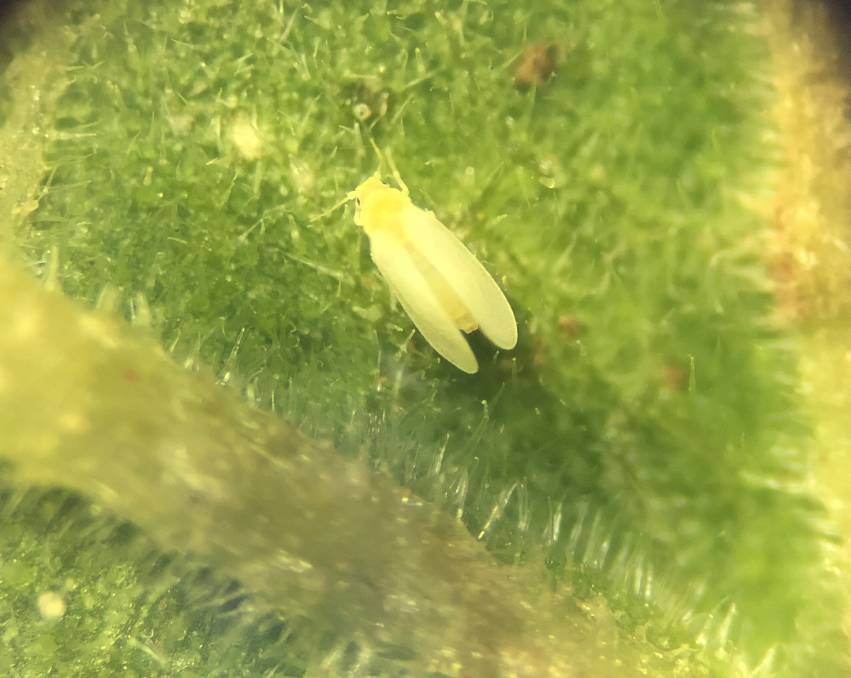 An adult silverleaf whitefly releases a honey-dew that can make cotton lint sticky, a problem for processing.

The releases were conducted by drones, with 1200 wasps per hectare released in the first drop and 900 wasps/ha in the second.

"After the releases we tracked them to see how much parasitisation we were seeing," she said.

"We found that where we released the parasitic wasps we had higher levels of parasitisation which was what we expected," she said.

"But what was interesting was that the fields adjacent to the paddocks we did the releases in had similiar levels of parasitisation.

"This indicated the wasps were moving relatively large distances into neighbouring fields."

Ms Ayliffe said despite the promising results their were some challenges for growers considering using the wasps as a pest control method.

"At this stage there is a limited supply of wasps and there's only one company that can do the releases," she said.

"The Whitefly wasps are produced in Northern NSW and because it was so hot last summer there was a lot of issues with production."

She also explained that growers need to sign up to take the wasps in September, when it was often too early to tell if Whitefly would be a problem later in the season.

Growers using wasps also needed to be selective with their chemical treatments, something Ms Ayliffe believes is not necessarily a bad thing.

"Last season the release cost $60/ha so that's a large investment," she said.

"It's about selecting softer chemistry that are more specific to the pests we're trying to kill rather than a broad scope insecticide that will wipe out everything, including the wasps we're releasing.

"This has a positive effect because growers are therefore choosing softer treatments which enables them to keep the beneficiaries in the crop."

Last season was the final year of the study but Ms Ayliffe said she will continue to monitor the properties the wasps were released at.