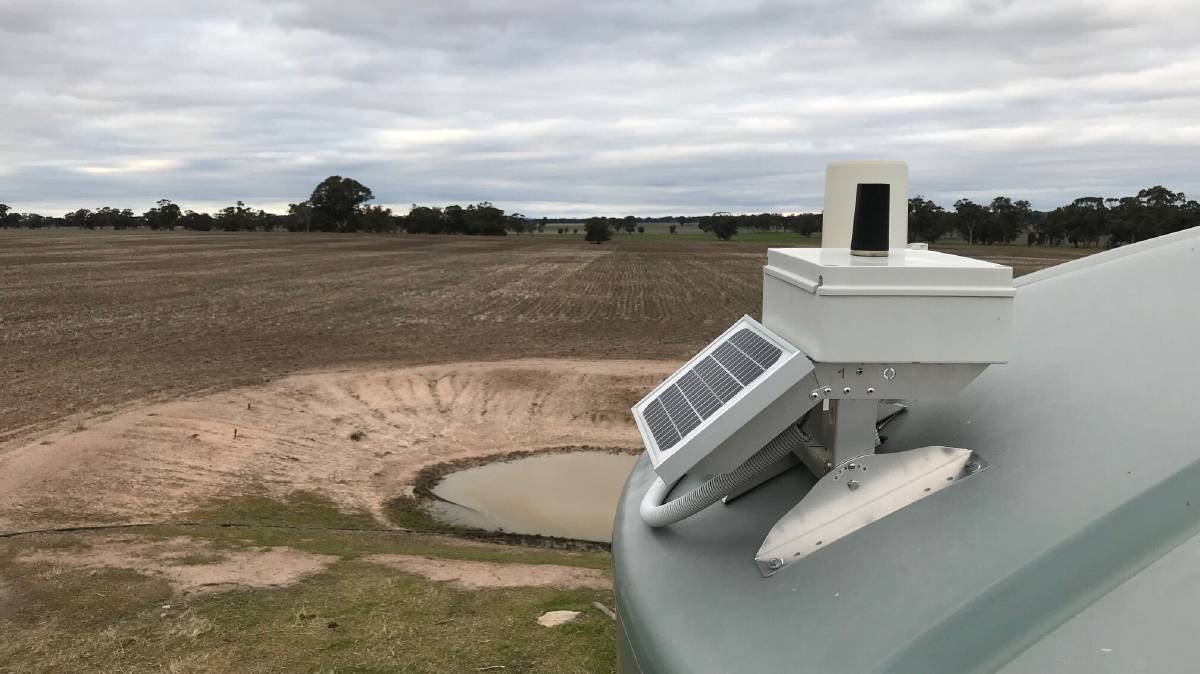 Dam good idea: This self-contained water monitor from Farmbot is right to go as soon as it comes out of the box. It communicates using robust long range, low-power radio frequency. Picture courtesy Farmbot.

So it was no surprise that people visiting Gunnedah's AgQuip were keen to learn more about where to improve.

The team from Farmbot water tank monitors found a ready audience at the last field days and expect the same attention at Henty field days, with primary producers looking beyond this drought to capitalise on rain when it does fall.

"Water management in this drought is top of mind right across the country," said Mr Coppin. "We can see a groundswell of appreciation for big data on farm and there are now a number of systems that can impact on production and profit."

The Farmbot technology involves sending data in near real time with alerts about problems like leaking tanks sent as text messages.

Individual units connect with satellite while multiple units can communicate to the base station through long range low power radio frequencies making a network of monitors robust and efficient.

Farmbot comes in a box and is easy to set up, which pleased early adopter of big data on farm, Stuart Austin, general manager of Wilmot Cattle Company, who appreciated the need for water tank monitoring when things go awry. The company's Hernani, NSW, property uses water pumped from a creek into a multiple tank system spreading across 8km including four primary header tanks.

If water in any of those locations falls below 80 per cent he gets a text message delivered through the 3G network.

Rainfall monitors on each tank also feed into the system as Farmbot can talk that language too, with all data fed into Wilmot's Maia Grazing pasture management program.

Mr Austin said his tank monitors paid for themselves almost immediately during a time when a mob of 300 sale cattle were yarded together waiting for the truck to come next morning.

One of them busted the trough float off its valve and very quickly the tank began to empty.

"Instead of these cattle losing 5 per cent of their weight they would likely have shrunk a further 3pc without water that night, never mind the stress," he said. "When you add up the cost of that potential loss of perhaps 5 to 25 kg per head at 350c/kg, about $15,000, the price for a $900 monitor seems insignificant.