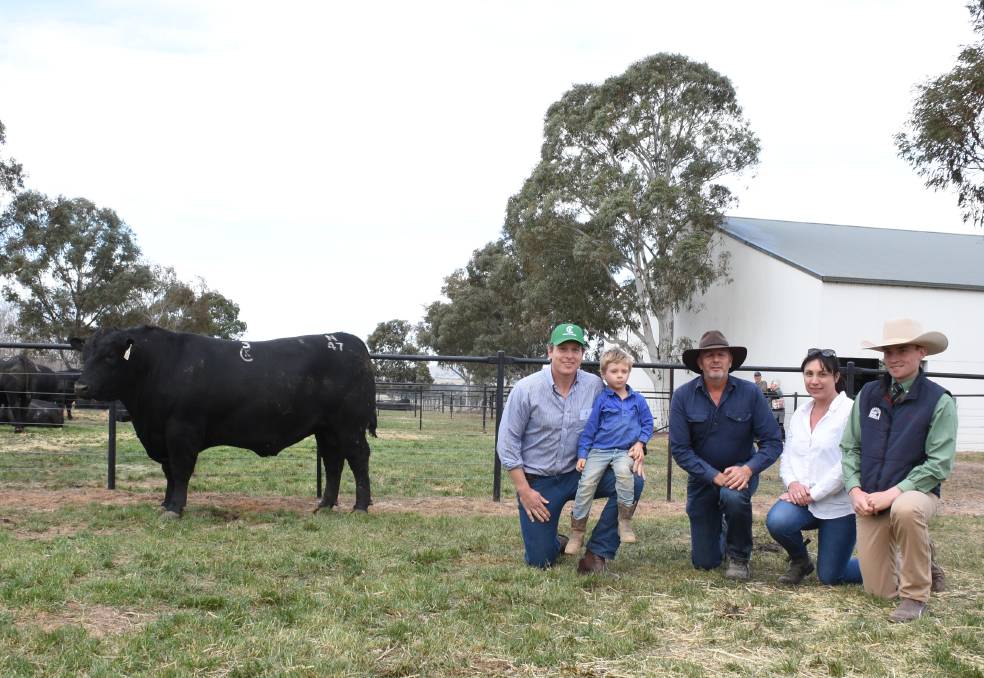 The Burton Taylor family offered a line up of 59 bulls with 56 of them selling at auction for a 95 percent clearance.

The Ford's also purchased two more bulls to fulfill their requirements to average $7333 overall for their draft.

The 26-month-old bull was by Esslemont Lotto L3 from Kenny's Creek Blackboom L153, and weighed 918 kilograms with a scrotal circumference of 41 centimeters.

The first of the $10,000 bulls was Kenny's Creek Lotto N5 purchased through Bowyer Livermore for their respective client who was also a son of Esslemont Lotto L3.

The 25-month-old son of the popular North American AI sire EF Complement 8088 weighed in at 772 kilograms and had a positive rib and rub of +1.1 and +1.9 respectively.

Stirling Pastoral, Belgrevia also lead the volume buying on the day putting together a draft of a further nine bulls for an overall average of $7750.

While Jim Hindmarsh, Braidwood secured five with a top of $6000 twice on the way to a $5600 average.

JMF Livestock, Neville, put together four bulls through the Auction Plus platform to average $5500.

The sale was settled by Landmark Wagga Wagga with Mark Barton and Tim Woodham both as auctioneers with strong support from Auction Plus.