With demand for first-cross lambs at a high, an appreciation of genetics drew growers to Orange yesterday.

A SCIENCE-based approach by a veterinarian proved its worth at Coronga's 'Pick of the Drop' White Suffolk ram sale on Friday afternoon when the Jackson family sold 75 rams at auction.

Stud co-principal and founder Peter Jackson said he thought it was the best line of rams produced so far in a 25-year genetic experiment in a valley just outside of Orange.

That was backed up by buyers Corroboree Partnership at Cudal who, represented by Will Mac Smith, took home the highest-priced ram at $2300 and another 22 with it.

Mr Mac Smith said his run of rams would be put to work on Merinos for first cross lamb production.

He said they didn't go for super high-growth rams, because other traits, such as even fat retention, could be lost if purely pursuing rapid growth.

He said there was also an emphasis of good feet, because the stud had clients in different climates, ranging from Victoria to Queensland.

Vicky Geddes, "Yallock", Holbrook, who bought 12 rams, said she made an annual trip to Coronga because she had faith in the rams.

Low birth weights and reasoned, solid growth were traits she sought and the rams were destined for about a third of her Merino operation to produce first-cross lambs.

Richard Fraser, from Binda, who has been buying from Peter Jackson for 22 years - even when chalk-and-tin Helsman sales were the order of the day - took home four rams.

He said the consistent improvement of the Coronga stud's figures, their length and consistency won him over. 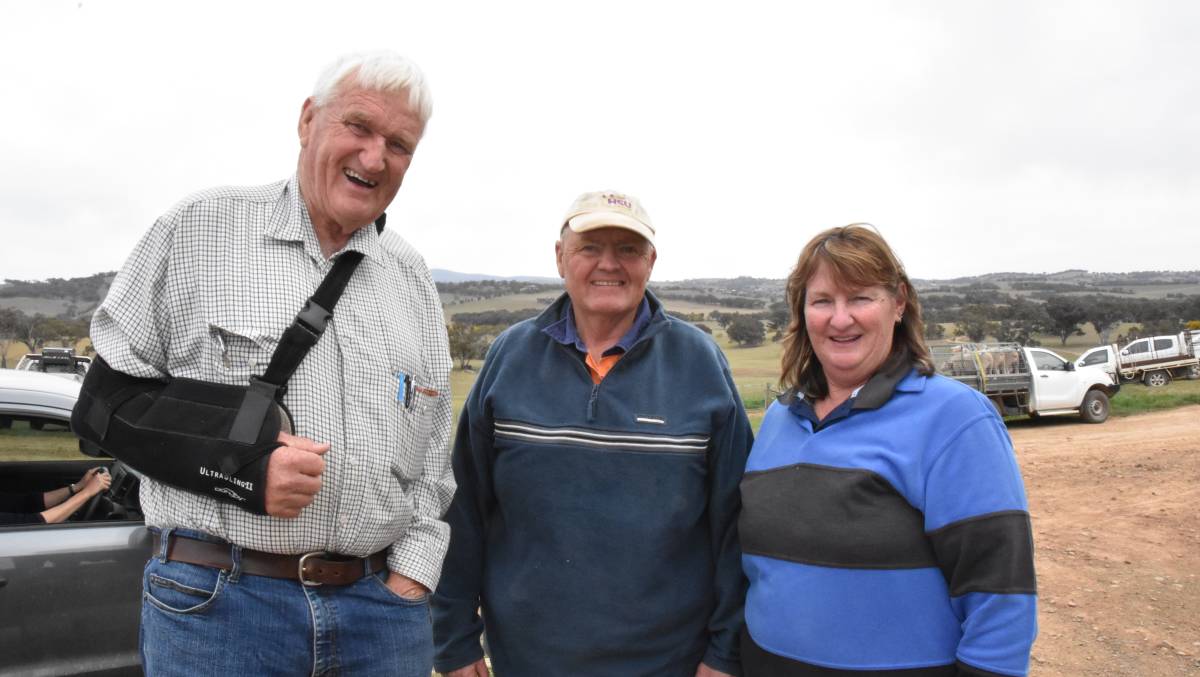 Peter Jackson with Mervyn and Anne O'Hara - the O'Haras are firm believers that it will rain.

Mervyn and Anne O'Hara drove the three hours from Tottenham to take a look at what might be right for them come March, their next joining.

The sale was managed by Elders, with auctioneer Andy McGeoch selling.