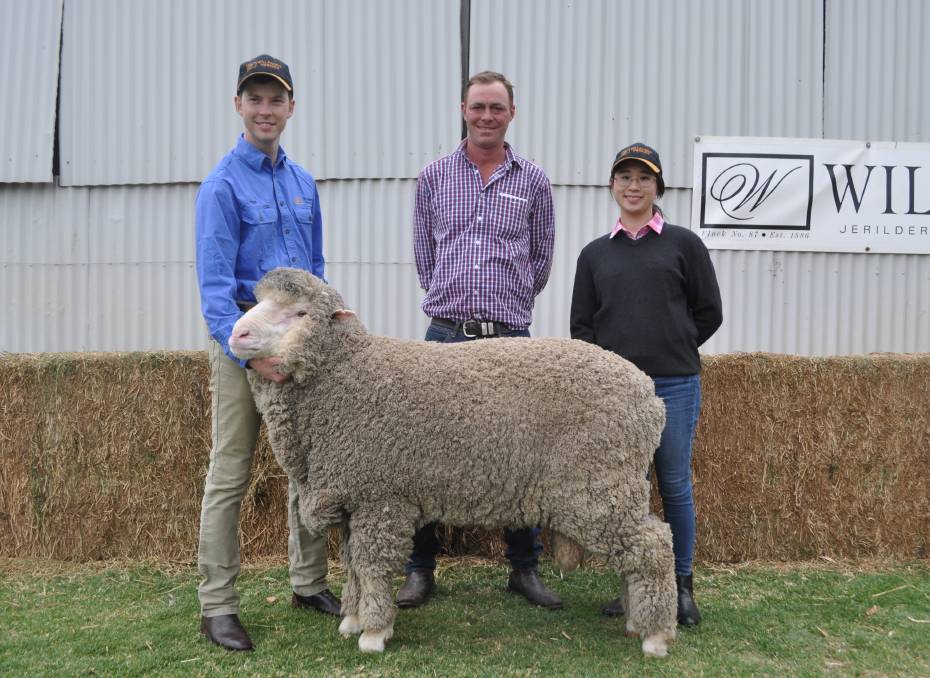 It was Aaron and Ron Granger of Rogara Poll Merinos, Goulburn who took home the top ram of the draft, Lot 3.

His purchaser, Aaron Granger said they had bought a sire from Willandra a few years ago who had bred well for them.

He said the sale's top ram had caught his eye on the show circuit.

"He has our type of wool, a nice stretchy sheep and I think he will aid us in what we're trying to produce," Mr Granger said. The Sleigh's from Jerilderie were a volume buyer of the day, taking home 14 rams for an average of $2700. Pictured, Andrew, Ian and Julie Sleigh, Angus and Heidy Heath, Jerilderie, Tom Sleigh and the Sleigh's wool classer, Chris Bowman.

The LA Genetics Trust from Jamestown, South Australia picked up Lot 20 for $14,000.

The sale was conducted by Elders and Landmark.