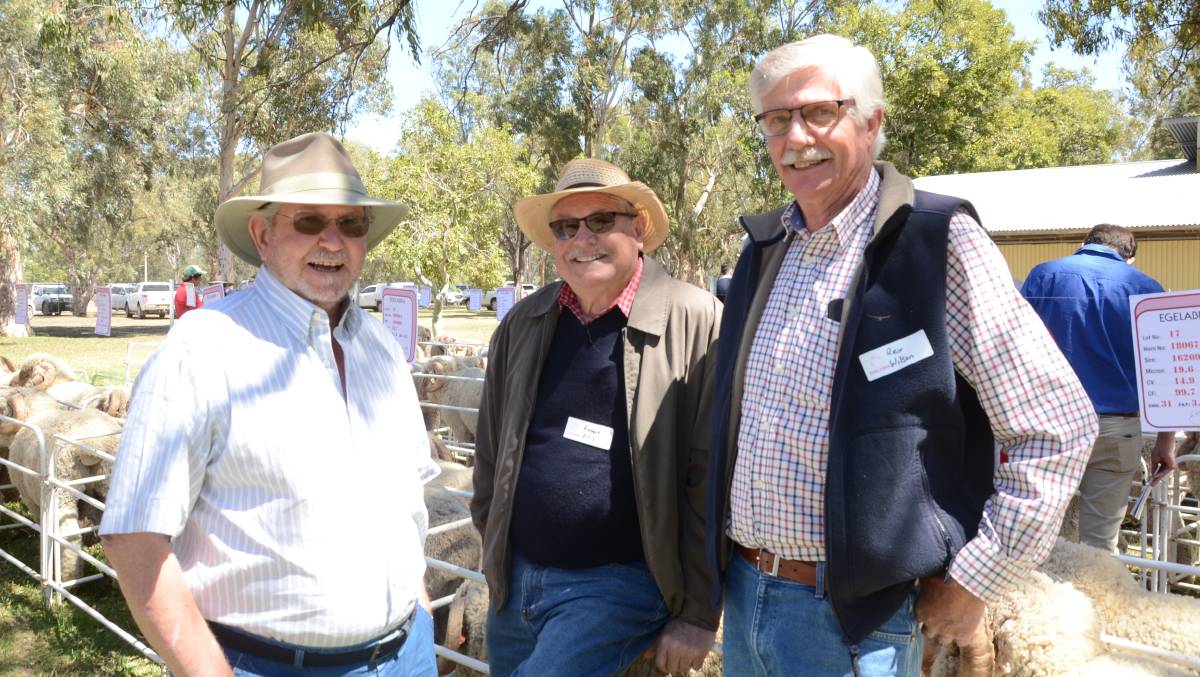 BUYERS from Queensland, NSW and Victoria secured all 146 stud rams at auction for an average of $2699 at the 36th annual Egelabra Merino stud sale, Warren, on Wednesday.

Returning each year for many decades was the Lowe family, Yoorooga, Yeoval, who paid the $18,000 top price for the lead specially selected ram selling as the first lot, for their Gerar Station, Nyngan.

Second top money at $9000 was paid by Andrew McGrath and family, Womboin Station, The Marra north og Girilambone, during his purchases of 17 rams averaging $2735.