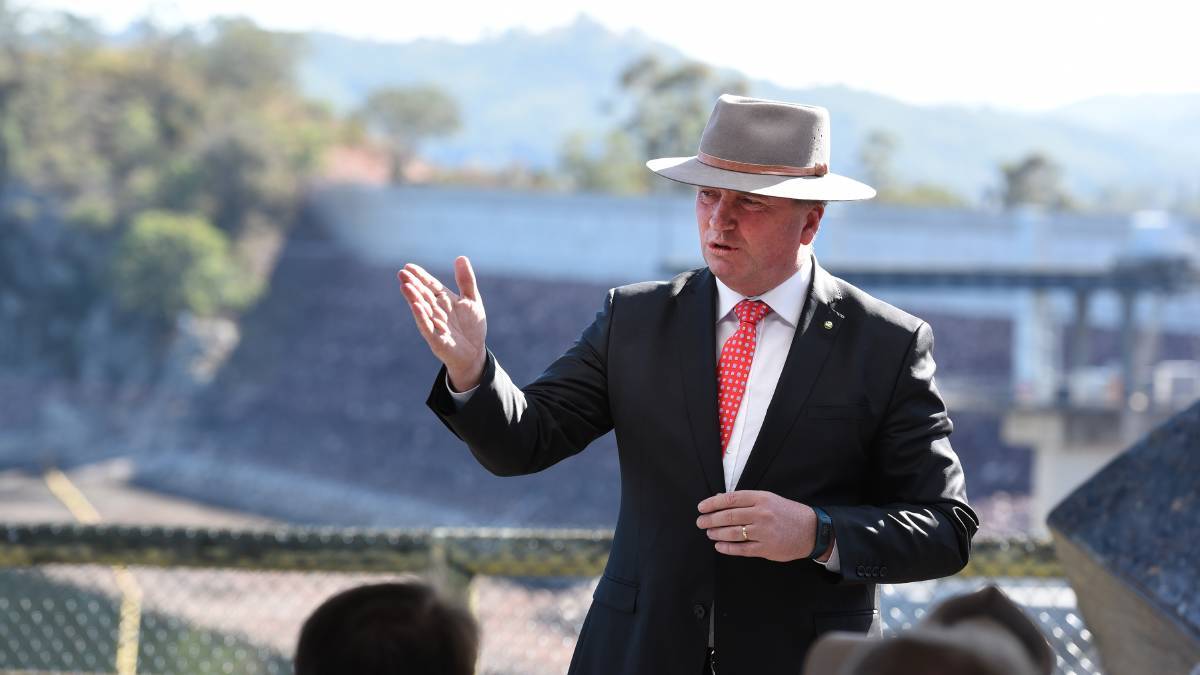 Very well placed sources say that the Prime Minister will announce two dams for the New England on the weekend.

We have been fighting for further dams in the New England to add to the extension of Chaffey that we achieved in 2016. Now very well placed sources say that the Prime Minister will announce two dams for the New England at Cowra on the weekend.

A certainty, no, but Canberra is hardly Bletchley Park for keeping secrets. Reading the story on the front page of a major newspaper on Wednesday does not happen by accident. It is called a drop and it is done so there is a good story to help the government.

All that really matters is after years of work we have got our funding for hopefully Mole River in the north of the electorate, near Tenterfield, and Dungowan, near Nundle.

Mole River is a dam of around 100,000 megalitres, about the same size as Chaffey, and Dungowan is around 20,000 to 40,000 megalitres. These details should be available on announcement.

In 2016, I managed to get the funding for studies into Mole River, Dungowan and Apsley. On top of this, I secured $75 million for the construction of Dungowan.

The state has authority over water resources, that is why water licenses are paid to the state and not the Commonwealth. Any construction of dams in NSW has to be done in conjunction with the State.

Last week I impressed on the Commonwealth Treasurer, Josh Frydenberg, the critical importance of water infrastructure. It is vital for the security of our economic future and current economic stimulation to help businesses suffering from the drought.

Cartage, labour, engineers, accommodation, plant equipment to name but a few get the current benefits from dam construction. Irrigators, dairy farmers, businesses and homes get the future benefits of reliability in water supply.

This drought is the worst on record for the New England and every politician I bring into our electorate gets hit with the same chorus of "please build dams".

It is so frustrating that we often hear of the regulations that stand in the way. Regulations come from government, not God, so if politicians make them, then politicians can remove them.

We have to manage this drought but use the dry weather for the infrastructure work to prepare for the next.

The Prime Minister understands that dams win votes and I imagine the Premier is keen to have a message that hopefully changes the discussion away from the recent abortion legislation.

Everyone will be running to the media doorstop to tell Australia that we are going to build more dams.

They can grab the accolades for the day for something we have been fighting for for years. I don't care as long as they get started.