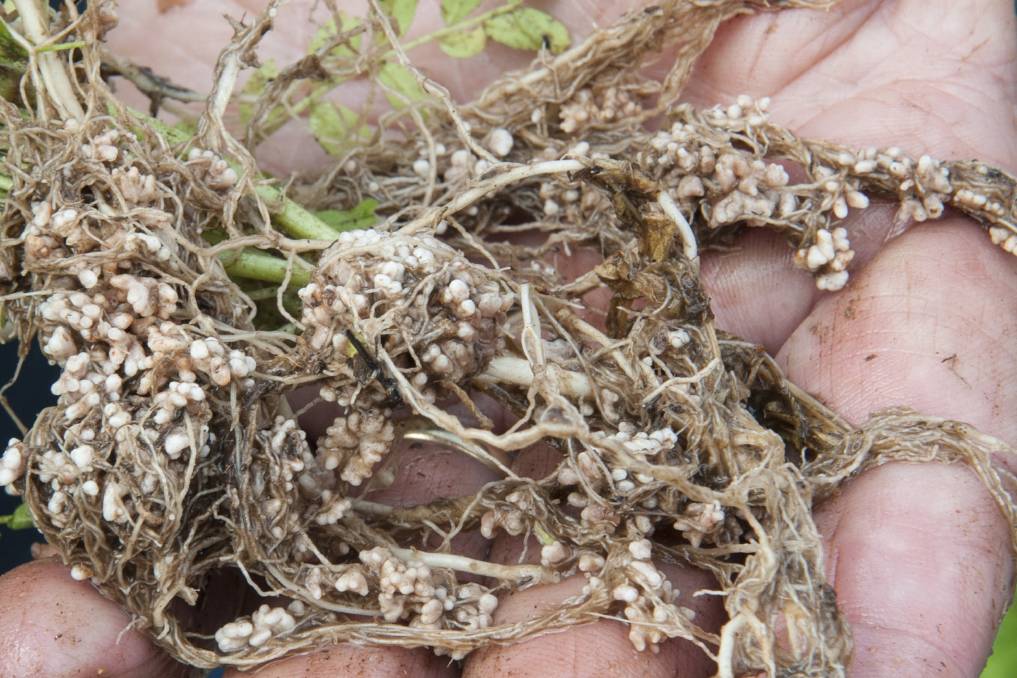 A relatively new technology, Alosca clay granules, infused with species-specific rhizobia bacteria, that can be applied successfully via several ways not suited to old peat-based inoculant technology, is part of a strategy to rejuvenate poorly nodulated pastures.

Legumes, either crop or pasture species, without their specific rhizobia bacteria, which grows as nodules on their root systems, will not build soil nitrogen. These non-nodulated legumes will be totally dependent on available soil nitrogen for their nitrogen supply (for protein).

Where a legume has formed nodules with effective rhizobia it can build soil nitrogen by up to 20-40kg/ha per 1.0t/ha of above ground dry matter. This means an effectively nodulated legume pasture that produces 4t dry matter/ha could supply 80-160kg nitrogen/ha.

Unfortunately, according to some studies (for example NSW DPI studies via Belinda Hackney and colleagues), many pastures have legumes poorly nodulated. This especially occurs in sub clover and probably partly explains why so many perform below expectation. 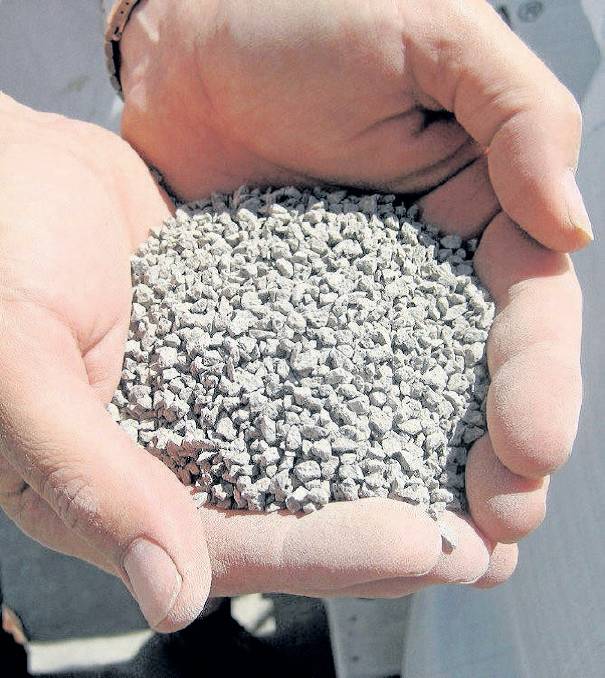 Bentonite clay granules impregnated with appropriate commercial strains of root nodule bacteria, to my knowledge is only manufactured and marketed via Alosca. Unlike other application techniques, rhizobia bacteria can survive in the clay granule for a long period, increasing options for successfully adding them in more situations.

Rhizobia can survive in these granules for months, even if conditions are dry and hot following application. Granules can be top-dressed or drilled into pasture with seed and/or fertiliser ahead of the autumn break. Often the autumn break is late and if peat treated legume rhizobia application is used failure or massive rhizobia loss commonly occurs.

A common WA practise is to add home harvested serradella or biserrula seed in summer to pasture areas. Untreated seed of these species is commonly "hard" and unless treated will poorly germinate if sown in the autumn break.

The only way this works as far as rhizobia survival is concerned, is if applied via clay granule with seed in the summer sowing. Peat applied rhizobia has a short survival life and generally only works if applied with seed into moist soil at sowing on the autumn break.

Prior to rhizobia infused into clay granules, top dressing legumes was always a risky business. Peat and even lime pelleted seed were always dependent on good rainfall soon after sowing or a moist seedbed at sowing. 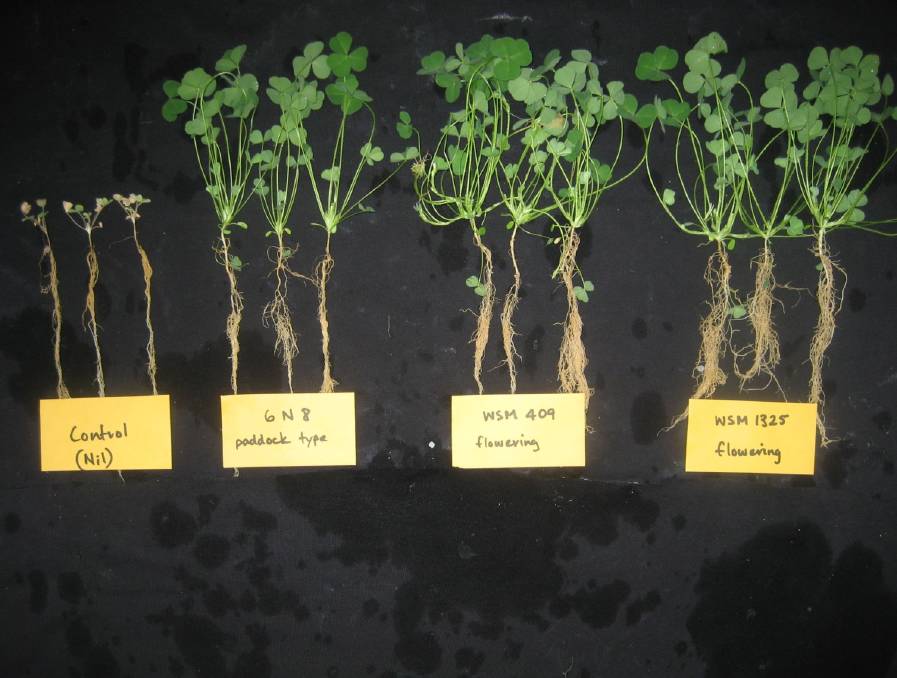 Sub clover plants comparing no rhizobia, past strains, and the currently commercially available best strain on the far right of the photograph.

One aspect of poor sub clover nodulation can relate to older rhizobia strains being dominant in the pasture. For some years the main sub clover rhizobia strain was WSM1325, far more acid soil tolerant than older strains. This can be added via drilling or topdressing via granules.

However, Belinda Hackney emphasises that poor rhizobia levels can be caused by many factors. If soils are too acidic for that species (e.g. sub clover) rhizobia are not going to thrive no matter how applied. Lime application at appropriate intervals and rates, as well as good soil lime mixing, can be an important part of the program.

Mixing Alosca pellets with fertiliser generally requires a reduction in spreader spinner rpm and/or ground speed to even out granule distribution. Product over-mixing before seeder transferring should be avoided as it can break up granules leading to flow problems.

Because Alosca pellets are only manufactured in WA, it is important to order (via most agribusiness outlets) well in advance of next seasons application. At the recommended rate of 10kg/ha cost is double other methods but in many cases is far more reliable.