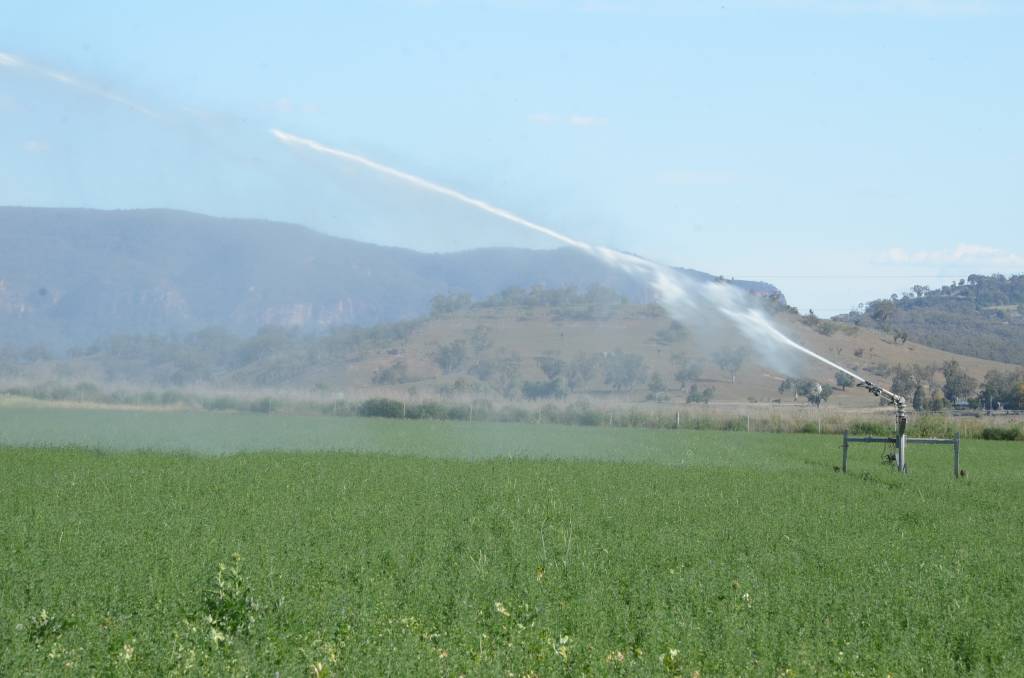 Groundwater means farmers can still grow fodder in the Bylong Valley. They have taken to the airwaves in a bid to get their message across to NSW's leading politicians. Photo: Mark Griggs

Insulted by the NSW Minerals Council's efforts to kill the IPC, farmers launch their own campaign.

FARMERS from the Bylong Valley have launched a new TV advertisement calling for permanent protection from mining, following what they have described as an insulting campaign by the Minerals Council of NSW.

The ad calls on the NSW Premier Gladys Berejiklian and Deputy Premier John Barilaro to protect Bylong for good, following the decision by the Independent Planning Commision to reject a controversial coal mine slated for the valley.

The Bylong farming community considers the valley some of the state's best farmland and is deeply concerned a fragile acquifer could be destroyed.

Phill Kennedy, featured in the ad, said: "It's crazy to open up Bylong for coal mining when we've got reliable underground water that means we can still produce fodder even in this terrible drought. The NSW Minerals Council has been attacking our livelihoods pushing to have the Bylong decision overturned and the IPC nobbled," he said. "It's insulting the mining industry is spending vast sums of money trying to promote mining here.

"The premier and the deputy premier need to stand up for Australian farmers and back jobs in agriculture, rather than kow-towing to multinational mining giants."

"Where is our agriculture minister in this?" Mr Kennedy asked.

Fellow Bylong farmer, Graham 'Tag' Tanner, said: "They want to turn this valley into a coal mine, and if they do, it will drain our groundwater and put us out of business.

"We don't want to have to keep fighting plans for new coal mines here, we've already spent 10 years dealing with this one," he said.

Lock the Gate Alliance NSW spokesperson, Georgina Woods, said: "It's troubling to see the NSW government this week caving in to pressure from the mining lobby and launching an inquiry into the IPC.

"The mining lobby shouldn't be running NSW. It's time for the premier and her deputy to stand up and put farmers and communities first." The Independent Commission Against Corruption is currently conducting a new investigation into the regulation of lobbying, access and influence in NSW.

It is examining whether enhancements to the Lobbying of Government Officials Act 2011 may be required, as well as the broader approach to addressing risks associated with lobbying and influencing practices. Independent Planning Commission chairwoman Mary O'Kane on Tuesday told the ICAC of the Planning Department's discomfit with the IPC. "They're telling us they're uncomfortable and they're very unwilling to answer questions. "They'll often arrive at a meeting with a prepared statement and we are told they will email us later," she said.