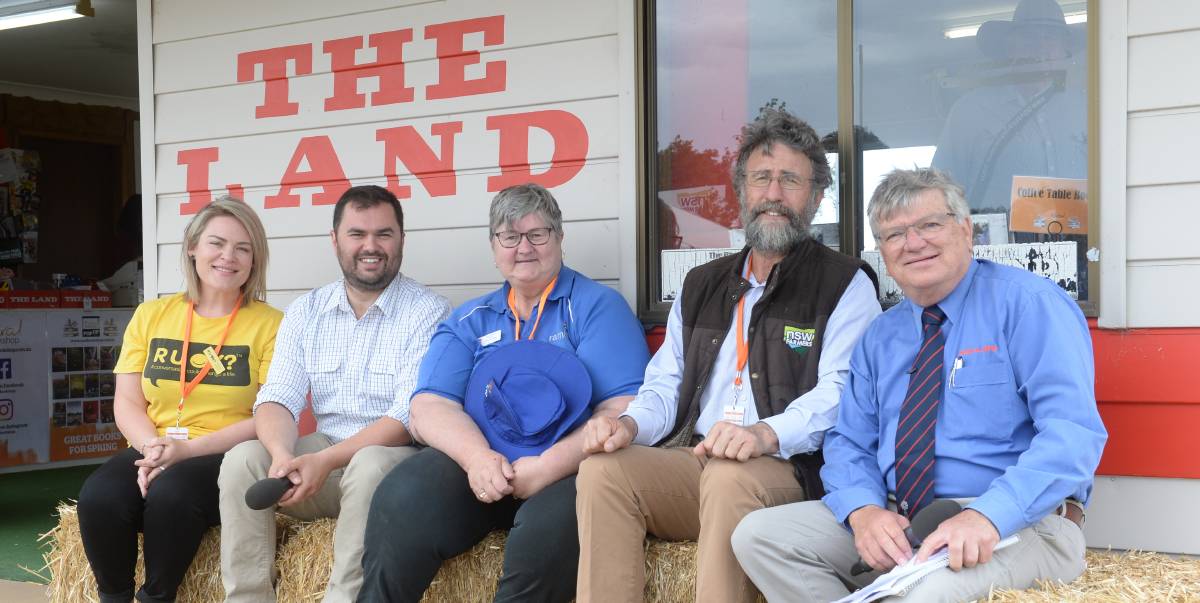 Finding the confidence to ask a friend or loved-one if they are OK, can be found on mental health websites like RUOK.

ITS NOT weak to speak, was the take-home message from a mental health forum conducted at the 2019 Australian National Field Days last week.

It came from Rural Adversity Mental Health Program (RAMHP)Western NSW coordinator, Di Gill, one of four panelists at the "we're off and running for mental health" forum, the third conducted at NSW agricultural field days in as many months.

Held in partnership with NSW Farmers Association, Rural Adversity Mental Health Program (RAMHP), RUOK and Primary Health Networks (PHN) by The Land and Australian Community Media (ACM), the forum's theme was much about finding the confidence of asking the question of a friend or loved-one who may have or show the signs of a mental health issue.

With only 35 per cent of Australians standing up and asking for help, the forum speakers stressed the importance of letting people know that it's ok to not feel ok, and seeking assistance is a positive step and shows resilience. But importantly, support is available in many different forms.

Ms Gill said people should consider their mental health like their physical health.

"You look after your physical health, and your brain is part of your body," she said.

Initial intervention is absolutely critical, according to NSW Farmers president, James Jackson, Guyra, who was asked about recognising the signs and what advice he could offer those who've seen the signs but maybe not have the confidence to take the first step in asking the question of help.

"For a person with mental health issues, doubts or problems, it is good to have structures around them, people around them who are aware of this," Mr Jackson said.

"Noticing the signs is most important.

"People retreating from their social network, maybe getting edgy, angry or snappy, not engaging, or not being their normal behaviour are some signs."

Mr Jackson said it was absolutely critical when you see those or some of those signs that you are confident enough to intervene.

RUOK community engagement officer, Kristina Lawrence, people who may notice the signs of loved-ones, friends or neighbours struggling, but not have the confidence to have 'that' conversation, can gain the four-step process from the ruok.org.au website.

"First step is to ask the question. Is everything alright?

"The second step is actually listening. If you ask a question, take the time to listen.

"As Di Gill said, we have two ears and one mouth, so listen and hear what's going on."

The third step is encouraging action, maybe find some support. Keep in touch.

"The final step is to notice if that person reacts positively to your caring."

Ms Lawrence said there were resources on the RUOK website to find out how to ask that question.

"Last year we conducted a survey and it came out that one in two Australians weren't confident in noticing the signs," she said.

"If you know what those signs are, you can then gain the confidence to ask the question - are you OK?"