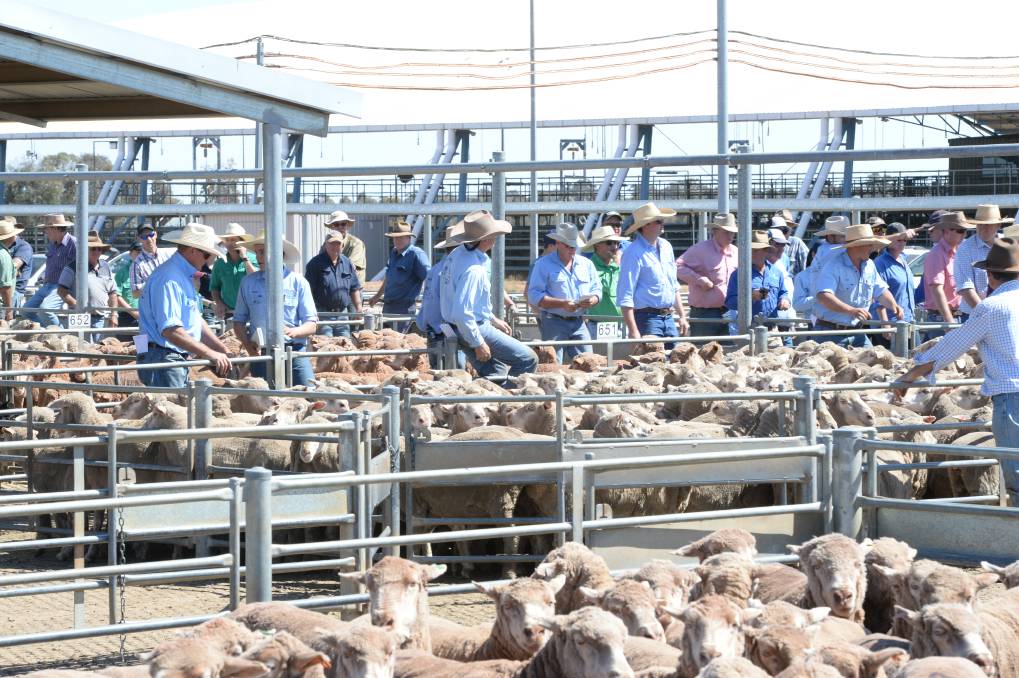 WELCOME RAIN: Long-awaited rain in parts of NSW, while nowhere near enough to break the drought, has reduced sheep and lamb yardings at key saleyards this week and nudged up prices.

The Melbourne Cup holiday in Victoria and welcome rain in parts of parched NSW reduced lamb and sheep yarding at key saleyards during the start of this week.

The Melbourne Cup and handy rain across many parts of inland NSW cut lamb and sheep yardings at the start of this week and sent some key indicator prices heading north.

The Eastern States Light Lamb Indicator had added 22 cents a kilogram by Tuesday evening to 765c while the Mutton Indicator climbed 5c on the back of reduced numbers to 570c.

The Mutton Indicator has shed 37c in the past month but is still a whopping 163c above year-ago levels.

Similarly, the benchmark Eastern States Trade Lamb indicator has dived by 43c in the past month to 760c but is still a healthy 97c above where it stood this time last year.

The NSW Trade Lamb indicator is sitting at 777c compared with 735c in Victoria and 734c in South Australia.

Any follow-up rain in drought-hit NSW will likely prune yardings further heading into summer and put more pressure on prices.

The Melbourne Cup holiday was blamed for a reduced yarding of 22,635 lambs at Ballarat on Tuesday, down 4544 on the previous sale.

Agents reported excellent quality on offer with strong competition for over 24kg lambs.

Sheep numbers were also down slightly to 8961 with prices generally up $5 to $20 a head on last week.

Numbers tumbled at Bendigo on Monday with lamb numbers back almost 10,000 head on the previous sale to 15,000.

They noted extra store buying activity for lightweight lambs but the market overall was cheaper.

Most sales were from $7 to $15 cheaper with some categories recording losses of up to $20 a head compared with a week ago.

On a carcase basis there was a spread of 680c to 770c over processing lambs with most of the better finished stock averaging between 730c and 750c.

Meanwhile, north of the border at Forbes, numbers eased slightly for Tuesday's sale with 11,850 lambs on offer and 8650 sheep.

A sniff of useful rain slashed Dubbo's lamb yarding by almost 7500 lambs to just 3640 on Monday.

The bulk of the lambs were lightweight new-season suckers suitable only for the restockers.

A much reduced sheep yarding of 7490 saw a dearer trend with lightweight mutton $6 to $11 dearer and the heavyweight sheep up to $14 dearer.

The story Rain and the cup cut lamb yardings and nudge up prices first appeared on Farm Online.