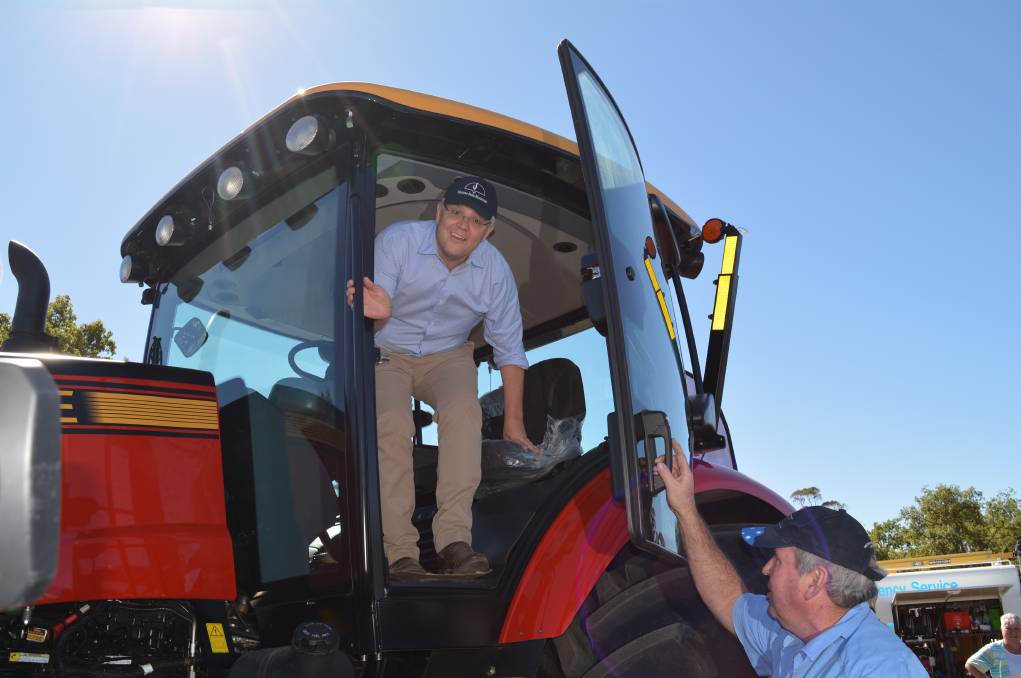 Prime Minister Scott Morrison has announced a new round of drought assistance.

The federal government has unveiled a new drought assistance package with new loan products for farmers and agricultural-reliant small business, as well as hundreds of millions of dollars in direct investments for local government initiatives and infrastructure.

"We will continue to keep providing more support as the drought rolls on. Our drought plan is not set and forget," Prime Minister Scott Morrison said.

"We have been back on the ground listening to farmers and their communities, and this package is a direct response to their feedback."

The government is extending the concessional loans available to farmers through the Regional Investment Corporation (RIC) to small businesses.

To be eligible the enterprise must have fewer than 20 employees and be dependent on agriculture.

Concessional loans of up to $500,000 are available featuring a two year interest free period, interest only payment for years three to five, and interest and principal for the final four years.

Drought loans are already available to farmers and the federal government's announcement today will improve the terms available to new applicants.

Concessional loans of up to $2 million are available with a two year interest free period, interest only payment for years three to five, and interest and principal for the final four years.

Those with existing loans, offered at 3.11 per cent variable interest, can renegotiate to include the two year interest-free period.

Farmers can use RIC loans to refinance debt, invest in drought preparation, keep their business afloat during drought, cover operating expenses, and improve their business operations.

It's unclear when the loans will be made available. This will be a key concern for small business and farmers, many of whom have already struggled through several years of drought.

The government has redrawn the conditions of the Building Better Regions to create a targeted round of $200m drought spending.

Rounds one to three of the $840m initiative have distributed funds to local governments and community groups. It's unclear what the terms of the new drought round are.

The government has expanded the reach of the Drought Communities Program, adding six local governments to the list of recipients of a $1m grant to be spent on infrastructure and drought relief.

Local governments have received nearly $130m in drought funding through this initiative to date. A reserve of $50m will be set aside to extend the program at the government's discretion.

Up to $138.9m will be tipped into road building and maintenance under a special payment to the Roads to Recovery to boost local jobs through new construction.

The government announced its previous drought support initiative late last month, which included $3000 in direct assistance to farmers for basic needs, funding for local councils, and a simplification of the Farm Household Allowance.

It was criticised for its failure to deliver the support promised, with charity groups set to distribute the assistance yet to receive funding.

Federal Drought Minister David Littleproud has written to state governments asking the premiers to cover the cost of local government rates and payroll tax for small business and for farmers.

"(States) own those responsibilities at a state level. And we're saying there's an opportunity for them to step up with us and make big and significant contributions to these local economies, and particularly when you look at the meat processing sector," Mr Littleproud said.

"Their drought is coming, because when it does rain - and it will rain - there'll be a real shortage of supply for them of livestock to be able to slaughter.

"And invariably they're some of the biggest employers in our communities. And if you lose 200 or 300 jobs out of these towns, that will decimate these towns - when it rains, it'll be another kick."