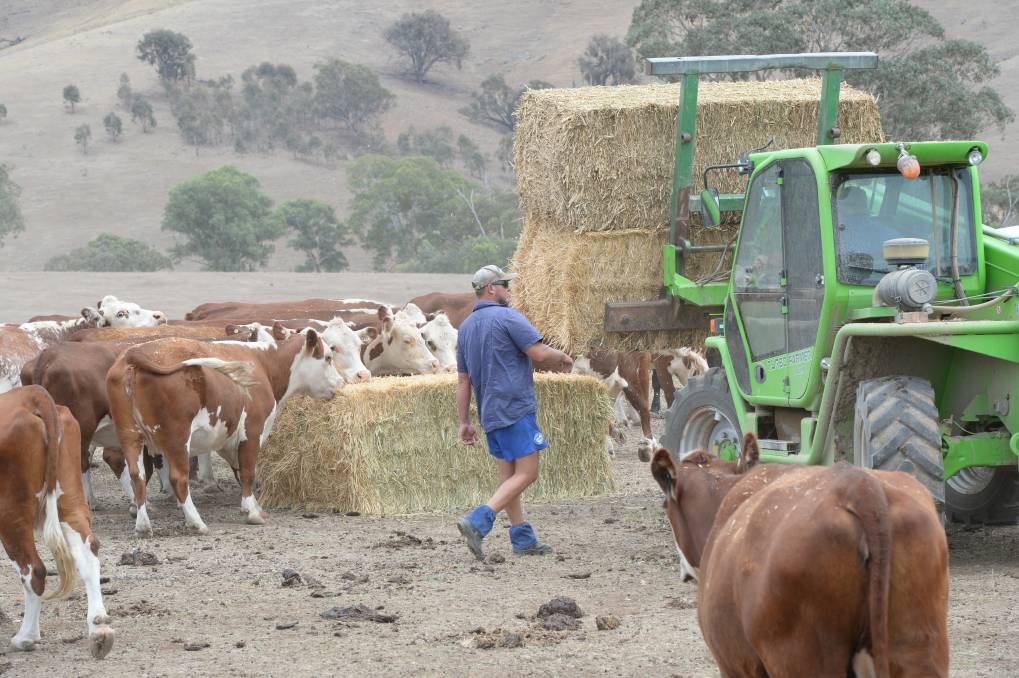 Opinion: How can the PM justify his $100m market intervention for drought hit farmers, when government can't explain how it works?

After four decades of free market reforms to bring Australia's trade-protected rural sector up to speed with our modern free market economy, the government announced yesterday a $100 million scheme to heavily subsidise drought-hit farmers to grow feed for cattle.

The Coalition went big, paying South Australia $100m for 100 gigalitres of water it held in NSW and Victorian dams.

That water, the Prime Minister Scott Morrison, with Drought and Water Minister David Littleproud announced, will be sold at $100 a megalitre to growers in southern Murray Darling Basin.

And it felt good. For about an hour or so. Then the questions came.

What at first appeared to be an example of bold lateral thinking to deploy taxpayers' money as a lifeline to livestock producers who don't have enough money to keep their core breeding stock alive is unravelling under scrutiny.

There are two lines of questions.

One is about why agrarian socialism is acceptable when this government was happy to watch other industries, such as car manufacturing get swallowed up by market forces while irrigation water trading has become a free-marketeers bonanza.

The other comes from farmers, who wonder how the government's good intentions will be turned into good results on the ground?

Will the price of the fodder grown on subsidised water be capped?

Could drought hit farmers afford it? What's to stop lot feeders, which are riding high on strong international prices, paying more for the fodder than mum and dad farmers can afford?

Is the mooted figure of 25 megalitre allocation per farmer enough for anyone to actually grow an economically viable fodder crop?

Will the government employ a team of inspectors to make sure the water is used to grow fodder, and not higher value crops? Or can farmers grow a crop like rice or cotton, sell it, and bale the stubble or harvest the seed, and claim that as fodder?

Will the government's new 'water cop' Mick Keelty be out there policing the scheme?

What about the farmers who are already growing fodder? Will they be undercut by the new crop of subsidised producers using the government's water?

Lastly, if the government has taken the big step of actually making a market intervention, why not go the whole hog?

Given it's not clear how much fodder will be grown, and what price it will be sold at, would it have been better value to use the $100m to buy grain for livestock, which is available on the market, and gift it producers to feed their cattle?

The government should've ignored its impulse to grab a good headline and waited until it could confirm its idea would work.

But instead, we learnt yesterday, the federal and SA government had inked their deal less than an hour before the PM announced it to the nation.

Now it appears like the PM has rushed to unveil a drought policy in answer to the question which Sydney radio shock jock, Alan Jones, berated him with three months ago.

"How does that feed a cow?," Mr Jones demanded over and again, as he criticised the government for its lack of support for farmers.

The government has to show us how the scheme will work for taxpayers and farmers, and not just a $100m advertising campaign to grab a few headlines.

Governments have supported deregulation of the agricultural industries into globalised markets, backed by free trade deals.

But buying water for farmers to grow fodder is a significant intervention into a free market.

The Coalition has to explain how it will work.

The story Does the government want us to be agrarian socialists? first appeared on Farm Online.