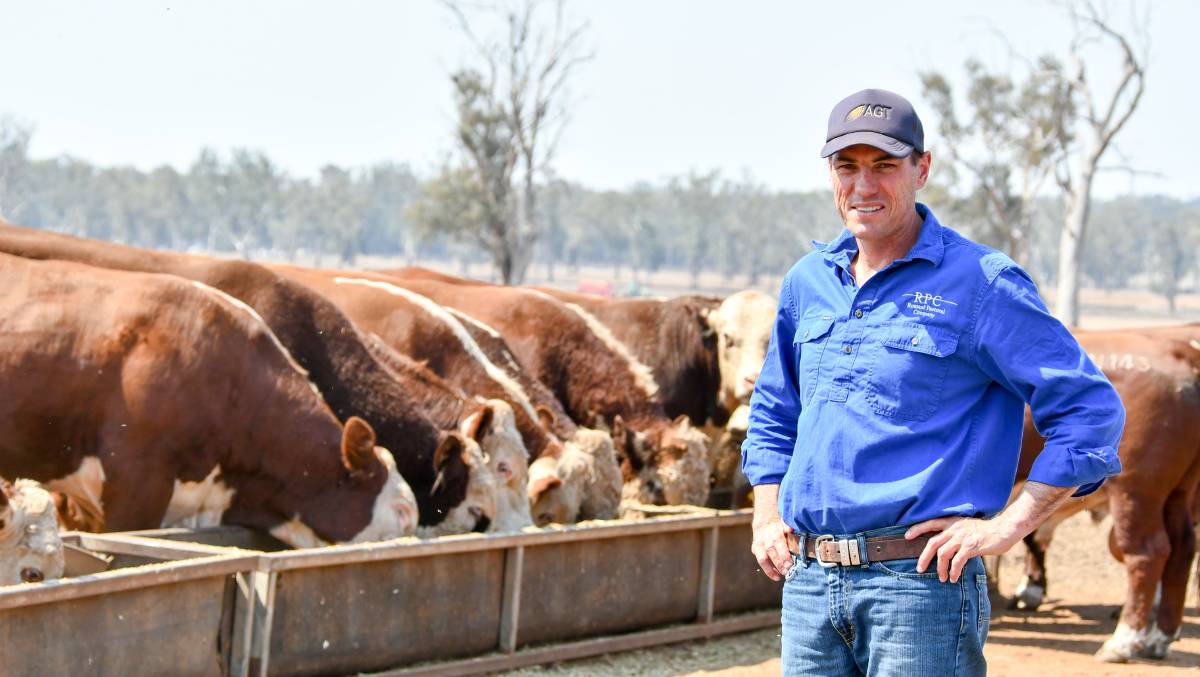 While some properties are destocking, Windy Station are planning for the future.

The large-scale beef operation has not only started installing a range of new technologies as part of MLA's Digital Livestock 4.0 pilot project, but they've made major changes to their genetic base and breeding techniques.

Windy Station manager David Lee oversees the running of the combined properties, Windy Station and Warrah, which comprises of a self-replacing beef herd and dryland cropping.

In January 2018 the decision was made to close their 3000 head feedlot and begin focusing on the feeder market, turning off steers and any unretained females at 480 to 500 kilograms.

While seasonal conditions have seen their last two turnoffs occur much earlier, the company have been building their female numbers.

They currently have 2200 breeders of a predominantly Angus base along with 2200 replacement heifers, including 1000 head purchased at weaner sales in autumn.

But within the next five years Mr Lee aims to be running 4500 breeders or the capacity of about 100,000 DSE.

The herd growth will also bring a renewed focus on profit and productivity with a Black Baldy cross, using their batch of 100 bulls this year from Yalgoo Herefords and Rennylea Angus.

"The idea is all of the heifers will continue to get a Rennylea Angus bull and then probably the third calf they will go to a Hereford," Mr Lee said.

"If we get too much red on them or too much white then they will go in a mob and get continuously bred to an Angus just to keep that colour.

"The Angus premium is obviously touted around but any of the objective measuring or modelling we have done suggests that premium is far outweighed by the hybrid vigour and other productivity advantages."

Mr Lee said they benchmarked their operation from a profit and production perspective and felt a genetics change was needed based on commercial data available in the industry.

"We work a lot on evidence, not on our emotions and gut feel where we can," he said. 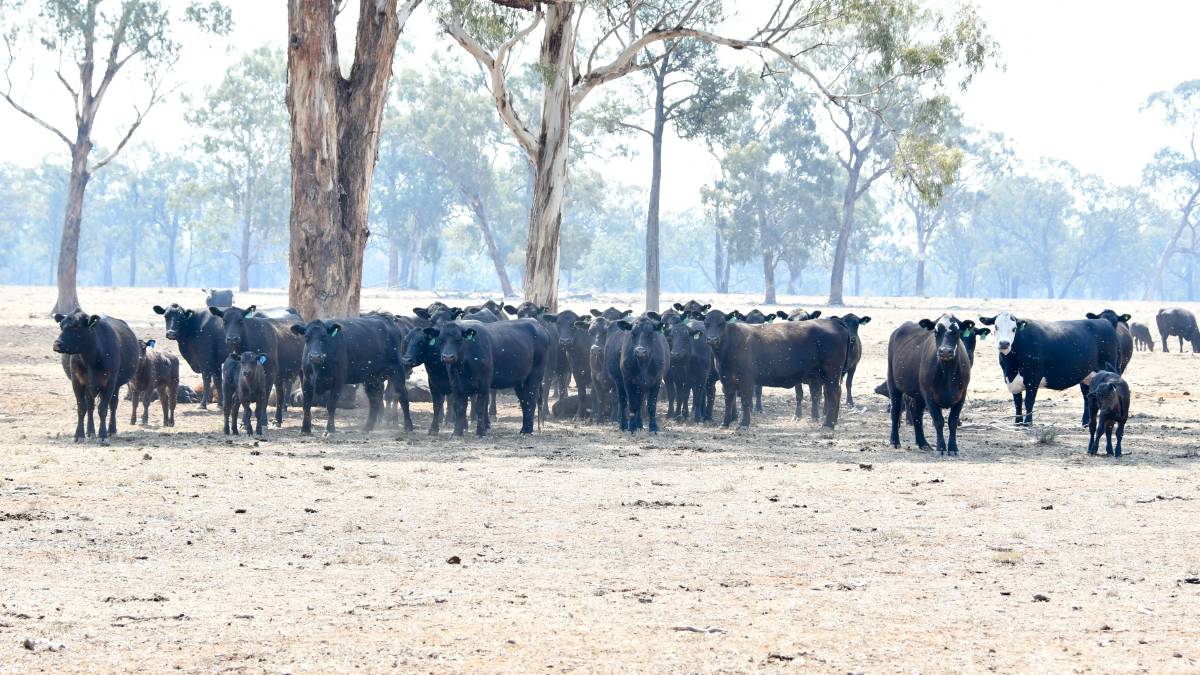 "Part of that is being able to justify to us as a team, but also to our owner, that if something does go wrong, we can say, well we made that decision because it was measured."

Purchasing more females when other producers were offloading them was a part of the steps in growing their herd.

"We looked at it last year and we could see we needed to build female numbers to get to where we wanted to stocking rate wise so we made a decision to go out and buy 1000 heifers last autumn and the reason for that was they provided some flexibility," Mr Lee said.

"If we went out and bought cows and calve we were locked into other people's management firstly, and then they are difficult to shift if things get tough again.

"Whereas these have fortunately been in quite good condition and we can drop them out at any stage so that offered some flexibility around that. We were banking on the fact the season would break and it would be hard to find females. Hopefully that is still the case and we can hold onto them."

Bulls are joined at a two per cent mating rate and selected using estimated breeding values with a focus on fertility, moderate growth and carcase traits including eye muscle area and intramuscular fat.

Heifers are joined at14 months with a 300 kilogram critical mating weight and pregnancy tested from the end of January.

"We have set criteria we provide to the bull breeders and we get a drop of bulls within those specs so we know objectively we are driving the herd in the direction we want it to go," Mr Lee said. 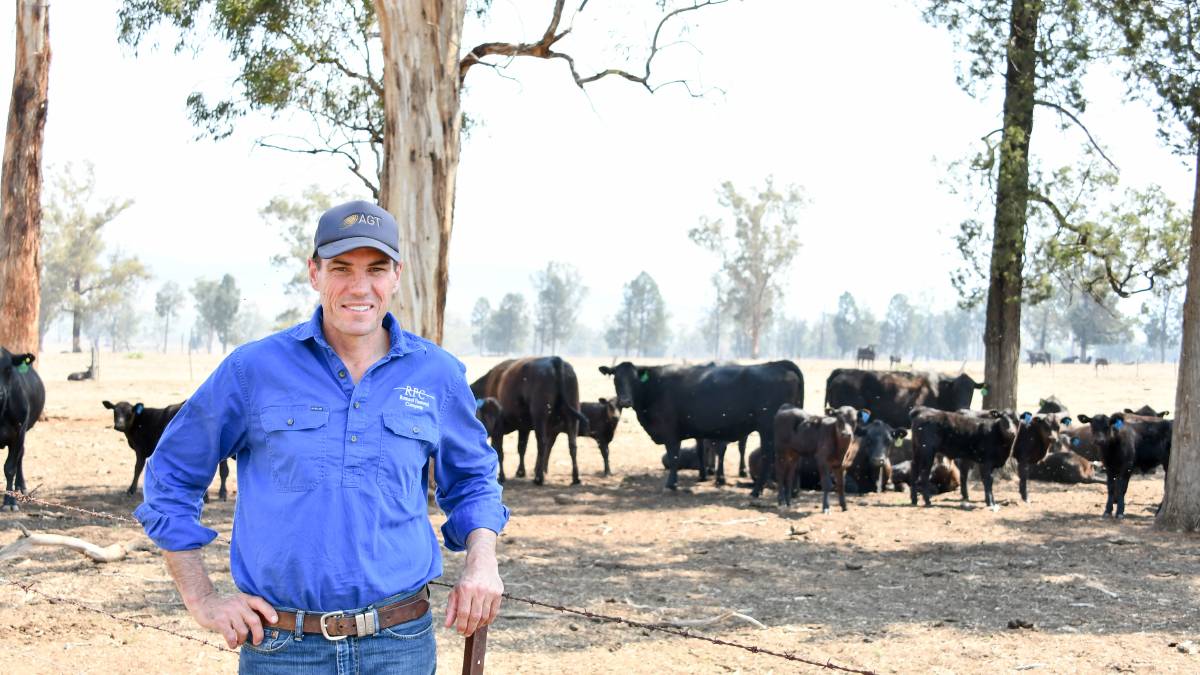 Fertility is a strong focus on their female side as well and in the last two years Windy Station has moved from a nine week joining to six weeks in a bid to retain their highest performers in the dry.

"We have put a fair bit of pressure on them (with a reduced joining) because the condition score was down last year plus we joined for a shorter period of time, but what that has done is it accelerates them in that fertility selection we are placing on them."

Windy Station will host a property tour as part of MLA's Red Meat 2019 conference in Tamworth later this month, showcasing a range of on-farm solutions currently being tested.

Water monitoring, satellite pasture predictions and security sensors are among the technologies that Mr Lee believes can have a major impact on the property's potential.

With up to 130 troughs across the two properties, a Windy Station employee can spend most of their week and part of the weekend inspecting water levels.

"We can do a couple hundred kilometres in a bore run here in a day so the pay back on those (water monitors) is going to be huge," Mr Lee said.

"Now with seven full time staff...this is all about them trying to be more efficient. Giving them an opportunity not to have to work on weekends doing bore runs and dead time just driving around looking at troughs.

"I was looking for water monitoring technology and it was a minefield out there so (MLA's Digitla Livestock 4.0 pilot project) gives us an opportunity to answer some questions for ourselves but also offer something for the industry." 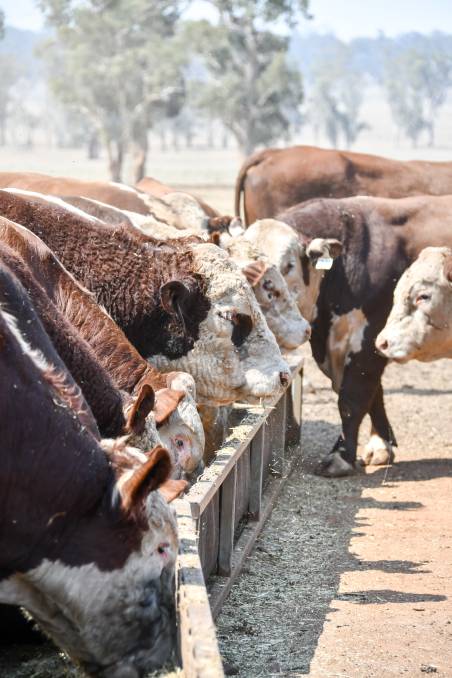 It will also compliment some of the systems already in place.

"We used AgriWebb for the livestock and Agworld for the cropping. Hopefully a lot of this technology is going to integrate into that, which is fantastic because that is a really handy tool for us.

"We have gone from me having a spreadsheet that we had to update and print off for someone to know where all the stock were to now everyone has a phone with a map on it to show exactly what is where."

Feeding for the future

In the future, Windy Station will aim to utilise a grazed crop and tropical pasture program.

Rotating from wheat, oats and then to tropicals, such crops would be used predominantly for steers in winter while also helping to get replacement heifers up to joining weight or support first calf heifers. 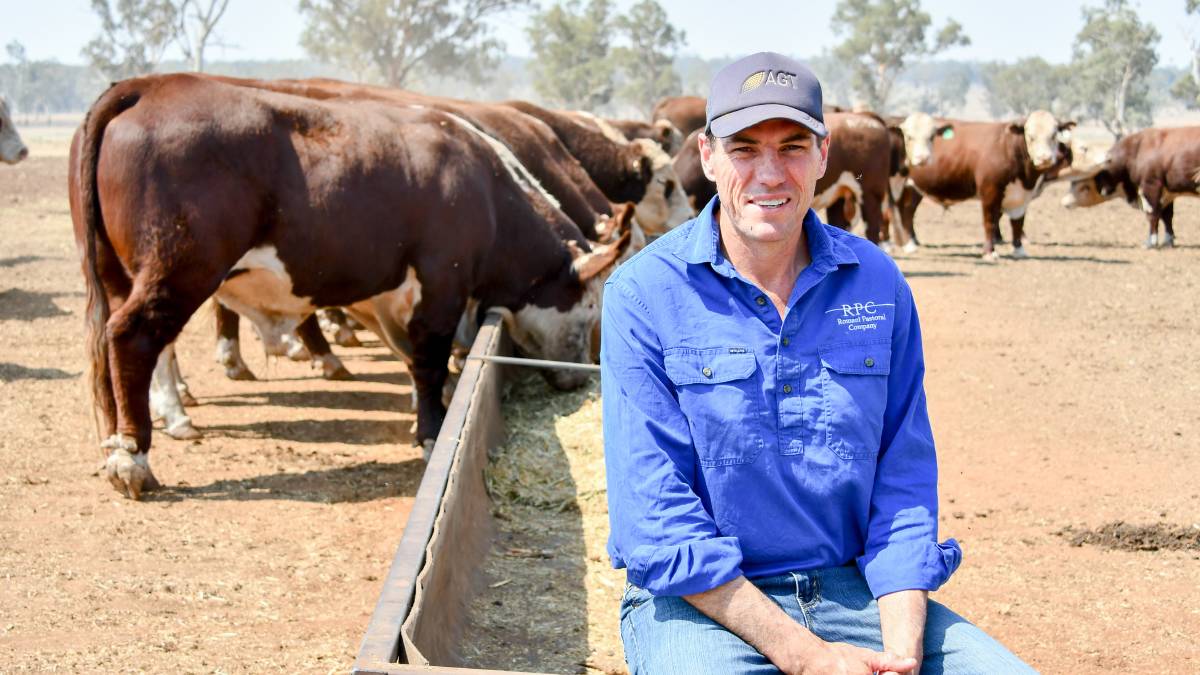 "In the last few years there have been lots of grazing of failed crops unfortunately, which is not what we want to be doing," Mr Lee said.

"We would prefer not to be grazing stubbles if we can because of the ground cover and we have got quite a bit of long fallow in our cropping rotation so we obviously want to keep as much ground cover in that as we can.

"This spring we are currently grazing the 2000 replacement heifers on failed canola crops, which has meant we haven't had to take them onto feed and we are also grazing cows on winter wheat. We grazed failed sorghum crops in the autumn as well, which got us through the winter."

Having recorded 170 millimetres of rain for the calendar year, Mr Lee said they were in a better position than the same time last year.

"This time last year we fed from April through to now and obviously things didn't look like they do now," he said.

"We have been fortunate enough that we have only started seriously feeding in the last month and cows are still carrying quite good condition through."

Having only started in the role two and a half years ago, Mr Lee is yet to see the property at its prime.

But he wants to be ready when the conditions change.

"The potential here is enormous and probably hasn't been seen for awhile and we are setting about trying to do that," he said.

"We are not going to go out and do anything fancy. We work on principals and really keep it simple, I mean on that scale we can't make it too fancy."