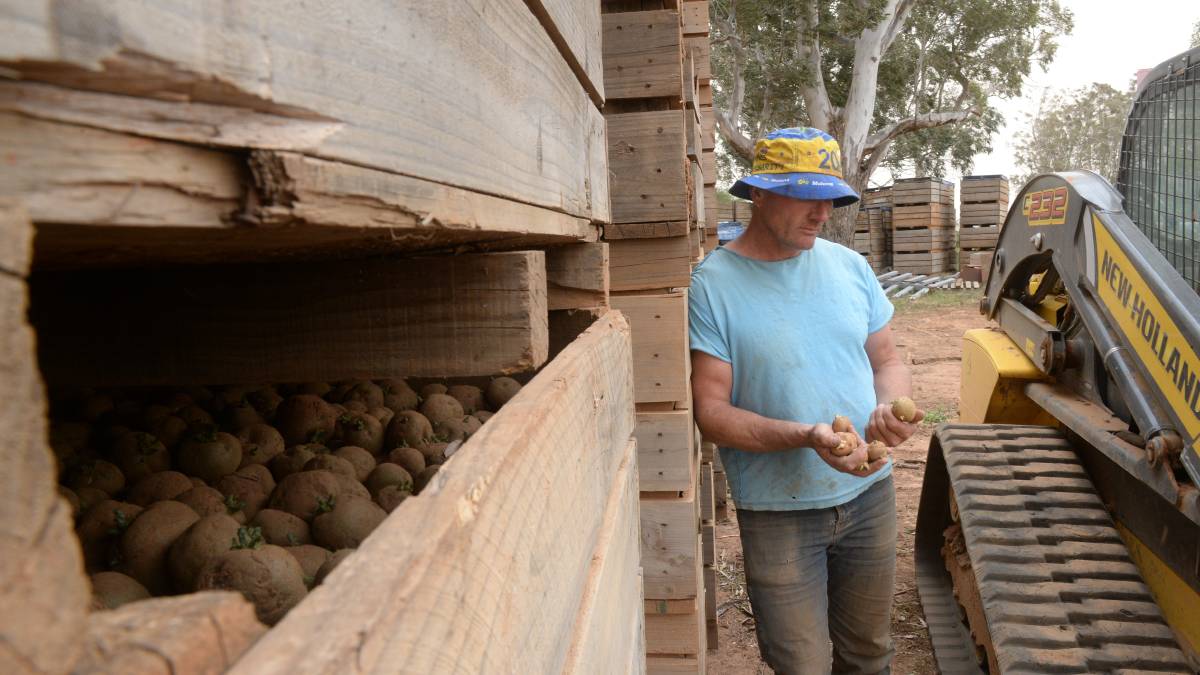 Brenden May, also pictured on our cover, says food is generally undervalued and the disconnect between the owners of lifestyle blocks and farmers is getting worse. Photo: Rachael Webb

Brenden May reckons people have lost touch with food, so much so they're throwing nearly half of what they buy in the bin.

BRENDEN May, a potato farmer at Forest Reefs, sighs when asked about his right to farm.

In an area now dominated by lifestyle blocks his home, Trishela, is perched on a hill and highly visible.

He's a second-generation occupier of that land.

When he parks his tractor it is on a block nestled beside the Forest Reefs Uniting Church.

It's hard to make a stack of potato bins appear neat, but he tries.

Mr May thinks Europe has got it all over Australia when it comes to right to farm.

"There are farms there right up to the edge of cities in Europe and they don't seem to have the same social problems we do," he said.

"It's a bit ironic, the government tells us to be more resilient, but we're being forced into inefficient ways of farming to cater to other people's ways of life.

"They don't like people baling hay at night, but that's when you've got to do it to get the best quality.

"They don't want to hear pumps at night, but that's the most efficient time to water crops."

He said contract prices for potatoes at the moment were at about $330 a tonne, when he left home 30 years ago to study they were $300 a tonne.

"That means they've consistently gone up a dollar a tonne each year for the last three decades.

He said the disconnect between people who eat and the people who produce the food was widening.

"People are throwing 40 per cent of the food they buy away.

"That's wasteful and displays a disconnection with the resources it takes to grow that food."

He said he knew keen gardeners who grew their own food, and they were first to admit it was cheaper and easier just to go to the supermarket and buy it.

"And it's not cheap to eat food. We should be making laws around the fact people need to eat.

"Food should be the driving factor of our economy," he said.

"Australia is so good at farming that even in the middle of a drought we can practically feed half the world.

"We're not running out of food."

In letter boxes throughout the region - Errowanbang, Tallwood, Beneree - he drops notes asking if the householder has underused land he might be able to lease.

"But why should I have to take these drastic measures just to keep farming because I love it?"