Bushfires: A little community wiped out looks to rebuild.

Wytaliba's RFS captain Kym Jermey was still keeping a watchful eye on the remnants of the deadly Kangwalla blaze still burning on a hill across from his house Saturday.

But for most people, repairs and reconstruction of the New England village are on the mind too.

The alternative community has traditionally existed outside local government regulations, but this week will learn whether they will have to follow the rules while rebuilding the town.

RFS captain Kym Jermey said better fire protections would be a good thing, but with a downside.

"A lot of the old hippie shacks and stuff were build out of just weatherboards," he said.

"Now after seeing what we just went through . . .

"From my personal point of view, it'd make me happier that I'm not trying to rescue people living in basically tinderboxes and stuff."

But in a cash poor community some residents may not be able to afford the upgrade, he said.

Many residents from the small village are still in Glen Innes, but a few dozen have returned or remained in the community. The town was smashed by an out of control fire that killed two residents last Friday. Bruce Walker from Diehard surveys the ruins of a mate's property. REBUILD: "We are Wytalibans, we will survive". Pictures: Andrew Messenger. The main bridge into Wytaliba is absolutely wrecked, even as the road has reopened. 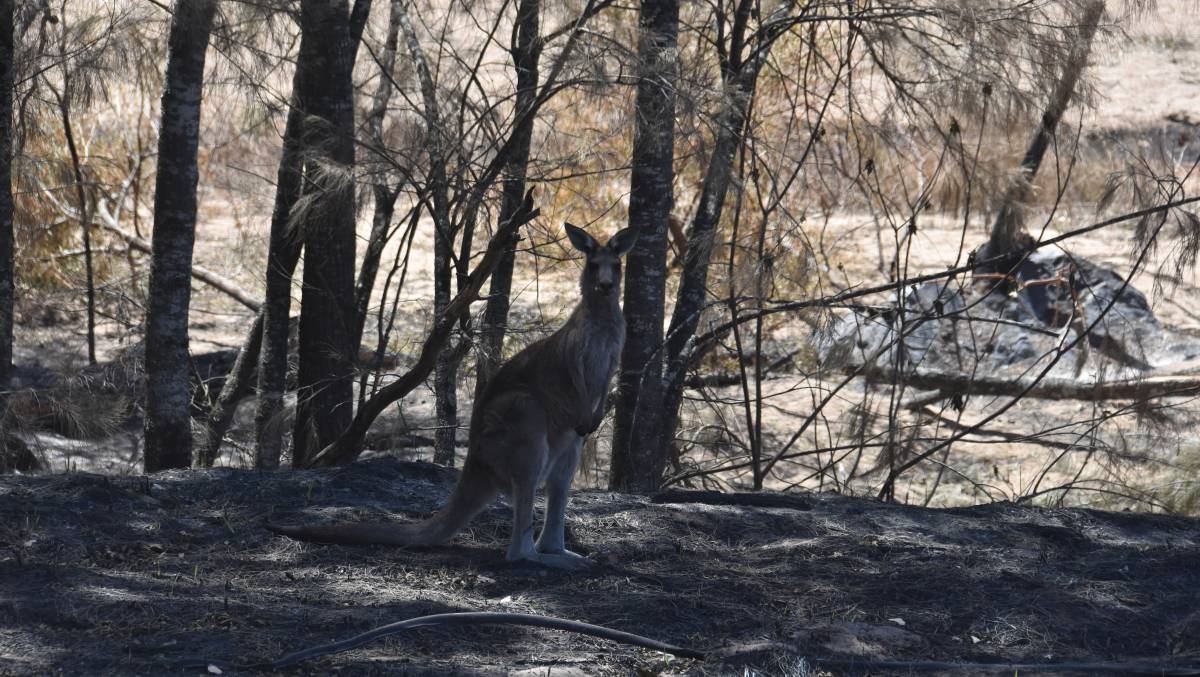 There are kangaroos through the Wytaliba property.