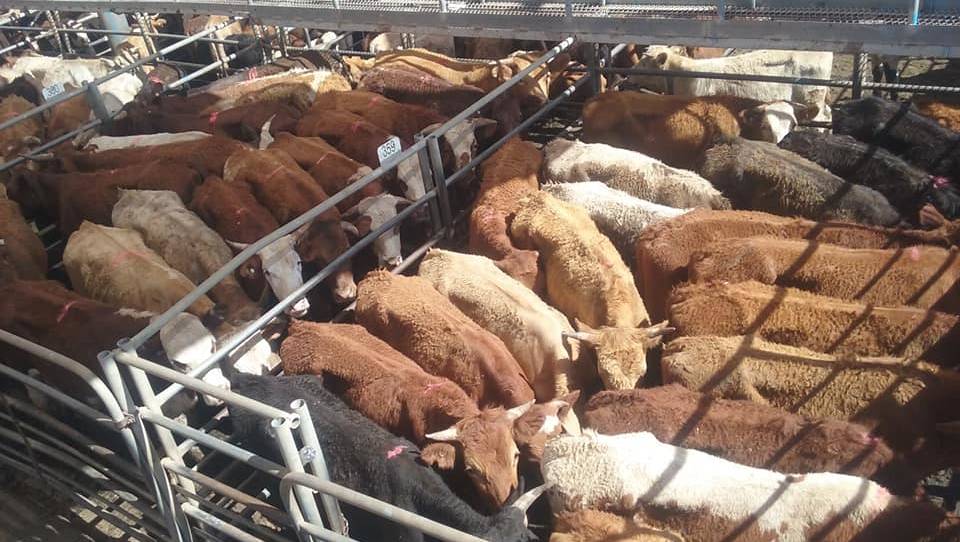 Cattle impounded from John Williams' properties at Binnaway were sold in store condition at Thursday's prime sale at Dubbo, where the market trended downwards. Photo by Scott Moreton.

The decision by RSPCA and NSW Police to impound and sell 1200 head of Binnaway cattle is a strong stand for animal welfare but have thee actions gone too far?

The brave decision by the animal welfare authorities to impound 1000 to 1200 head of cattle from John Williams properties at Binnaway and sell them on a downward trending market, has shocked primary producers who say the store cattle sold were in good enough condition.

In fact, some of them were good enough to buy back, with Mr Williams taking home 150 head of his own from the Dubbo sale and will pay freight both ways.

The exact amount of return this producer will get after costs associated with the seizure are accounted for is not yet known but there are many who fear the result for Mr Williams will be destitution.

The combined task force responsible for the largest ever seizure included a Department of Primary Industries veterinarian, a Local Land Services officer, a producer representative from NSW Farmers and a few of the NSW Police stock squad. All had signed off on the bold plan to remove between 1100 and 1500 head of five properties totalling 4807 hectares.

But it wasn't a knee-jerk reaction to recent public complaint. The task force visited property owner John Williams no less than 10 times since June 2018, when the drought started to make its presence felt. Coming into summer of the second year it was deemed timely to act. In that time between 200 and 800 head died although the exact number of desiccated bodies has not been revealed.

Contract musterer Scott Moreton took photos of the impounded cattle being offered for sale in tight pens at Dubbo, on Thursday.

"There's a lot worse looking cattle about the state," he said. "I'm worried this will set a bad precedent."

Mr Moreton admitted Mr Williams' stock looked "average" when they were on the road six months ago but in the meantime their condition had improved. 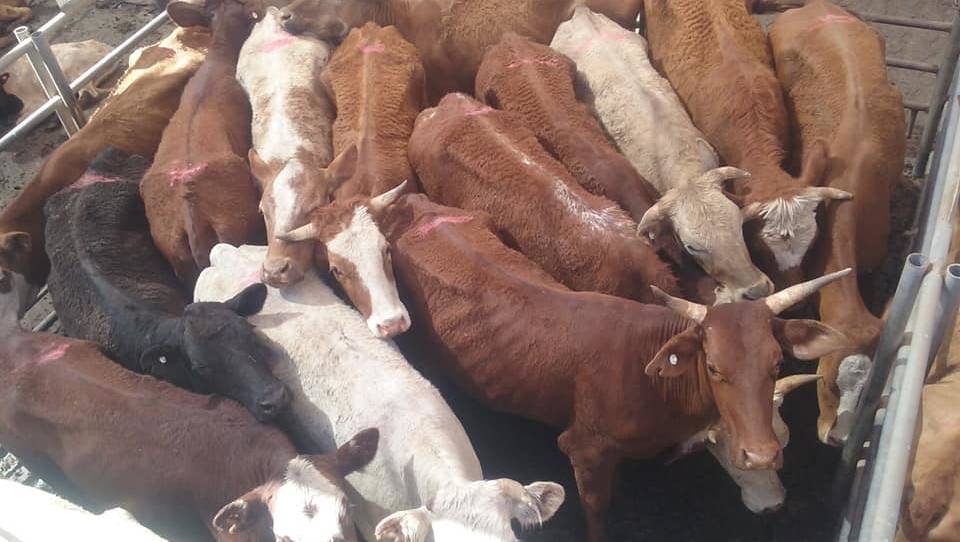 Another pen of John Williams' cattle impounded and auctioned for sale at Dubbo on Thursday. Photo by Scott Moreton.

"Now that he's done the right thing they've taken them off him. I went to the saleyards to see for myself and got the shock of my life at how good a condition they were in."

Tamworth solicitor and RSPCA critic Judy Scrivener said Mr Williams was a gutted man with no income, no way to pay rates and nothing to feed in spite of $50,000 worth of hay delivered the week before the raid.

"This is more concerning than the Hertslet case," she said referring to the the Trangie farmer sentenced to jail and fined $107,000 for starving cattle in 2009.

"Any farmer who feels safe (carrying out their enterprise) needs to take a breath."

Meanwhile a petition with 3250 signatures is circulating on-line calling for Mr Williams to be compensated.

"Australia needs to stand up for our farmers," said the message posted on change.org.

"Without them we wouldn't have food on our tables. Is this any way to treat the people who feed us? To take their livelihood away from them? This seizure only happened because a nosey community member constantly reported John for neglect, due to a person disliking John. Yes, some of the older cattle were struggling, the same way older humans do. Do we shoot them? No. If John doesn't get his cattle back, he will lose his properties and they are his life."