Australia is currently installing solar and wind energy at the fastest rate of any major nation. 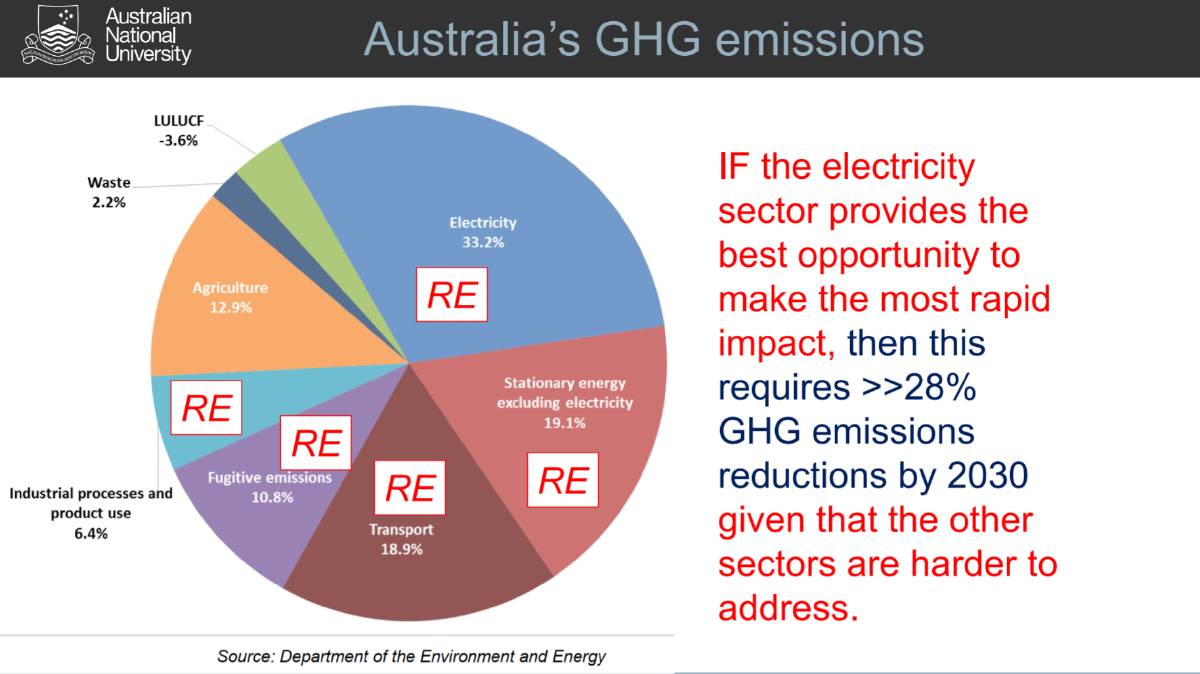 Powerpoint presentation by Professor Ken Baldwin at the National Renewables in Agriculture conference and expo held in Wagga Wagga.

Australia is currently installing solar and wind energy at the fastest rate of any major developed nation, according to Professor Ken Baldwin when he was the keynote speaker at the National Renewables in Agriculture conference and expo held in Wagga Wagga earlier this year. 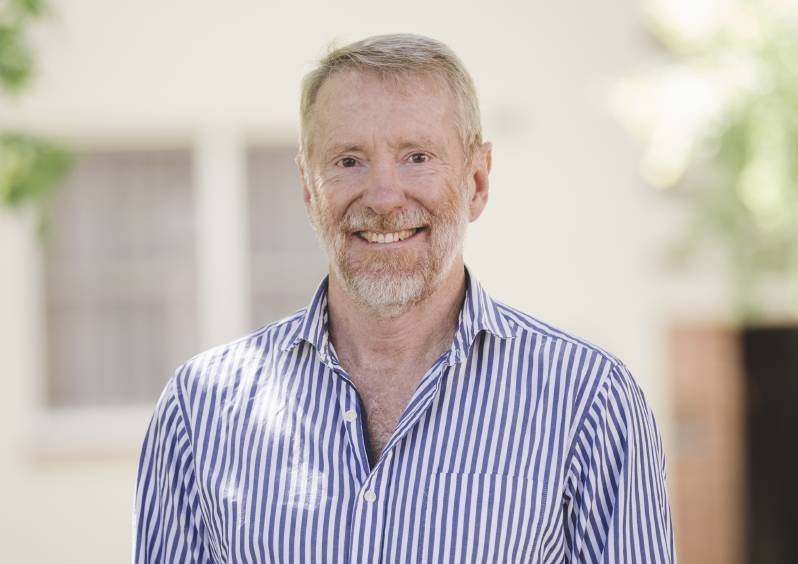 Professor Baldwin is the Director of the ANU Energy Change Institute, based in Canberra. Photo: Canberra Times

Taking into account both utility-scale renewables and domestic rooftop solar, we are installing more generating capacity per person each year (250 watts) than any other major country.

"Furthermore, Australia leads the world in domestic solar usage with more than 24 per cent of households owning rooftop panels," he said.

"This is in spite of the almost total absence of federal Government planning to align climate and energy policy in response to climate change.

"The renewables revolution is instead being driven largely by the competitive economics of renewables, as more households cash in on the rooftop solar boom."

Dairies, vineyards, horticulture and a range of agribusinesses are installing renewable energy in a bid to brand their product as carbon-neutral.

"This transition to renewables will accelerate in a rapidly decarbonising world which will eventually see a significant price placed on carbon," Prof Baldwin noted.

"For rural properties and communities at the fringe of the electricity grid, the ability to combine rooftop solar or even small-scale wind with battery storage is also becoming more attractive as a way of addressing power outages.

"Security of supply is becoming crucial as disruptions caused by extreme weather events are predicted to increase due to climate change. This makes having your own stand-alone electricity system - or being part of a micro-grid with your neighbours - even more attractive in some fringe-of-grid locations."

He noted examples from off-grid properties that generate and store their own renewable energy to replace more costly diesel power is leading fringe-of-grid customers in regional areas to ask the question: 'should they also go it alone with renewables and disconnect from the grid completely?'

"However, this question has no obvious answer," Prof Baldwin said.

"First, stand-alone systems can never be guaranteed to supply electricity continuously. Maintenance downtime and infrequent but inevitable breakdowns are to be expected.

"Second, even solar systems combined with battery storage will struggle when there are too many days in a row of cloud and rain. This can be circumvented by purchasing a diesel generator as a reserve, but this adds further to the cost."

For both these reasons, Prof Baldwin said having a grid connection may provide useful backup - although utility companies will undoubtedly charge for such a service.

"A third reason for maintaining a grid connection is to sell excess solar generation back to the grid - or be paid to reduce your electricity usage when requested by the utility at times of peak demand (so-called demand response)," he said.

This will become more important in the future when time-of-use charges for electricity are adjusted to reflect the ability of generation to meet peak demand. "Prosumers" might be able to attract premium prices by selling stored electricity in their batteries back to the grid at times of high evening demand.

In such future electricity markets, the ability to not only call on millions of rooftop generators, but also to ask millions of electricity customers to briefly curtail their demand, will increasingly be used to balance the system as the total penetration of renewables approaches 100 per cent.

"So while on the face of it, disconnecting from the grid and going it alone might seem attractive, there are many reasons to suggest that the grid is often your friend," Prof Baldwin said.

Professor Ken Baldwin is Director of the ANU Energy Change Institute. Contact him for further information on this article at kenneth.baldwin@anu.edu.au