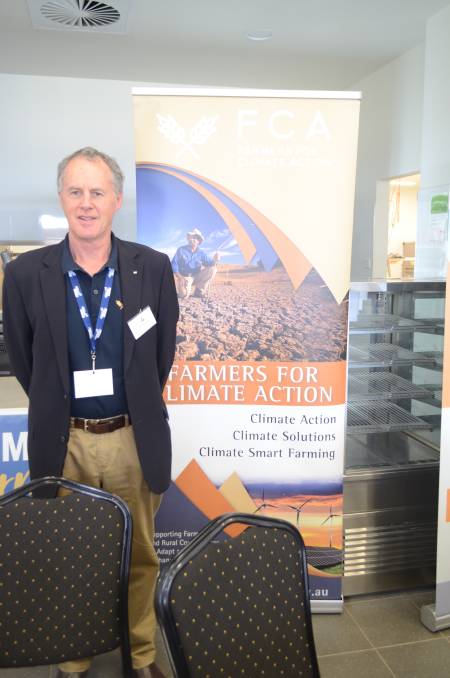 Charlie Prell feels honoured to tell the world he is a climate activist.

The third generation farmer from Crookwell, who is also the deputy-chair and past co-chair of Farmers For Climate Action, having been a founding member of the group, was speaking to the National Renewables in Agriculture conference and expo at Wagga Wagga.

Mr Prell has had wind turbines on his farm for 2 years, but thought his activism was a really important point to make in the current climate of political agitation.

"I can tell you I proudly call myself an activist because the definition of an activist is a person who campaigns to bring about social or political change," he said.

"I'm not a radical activist but I am an activist and that is an important statement to make and I hope you are as proud to embrace that title as I am." 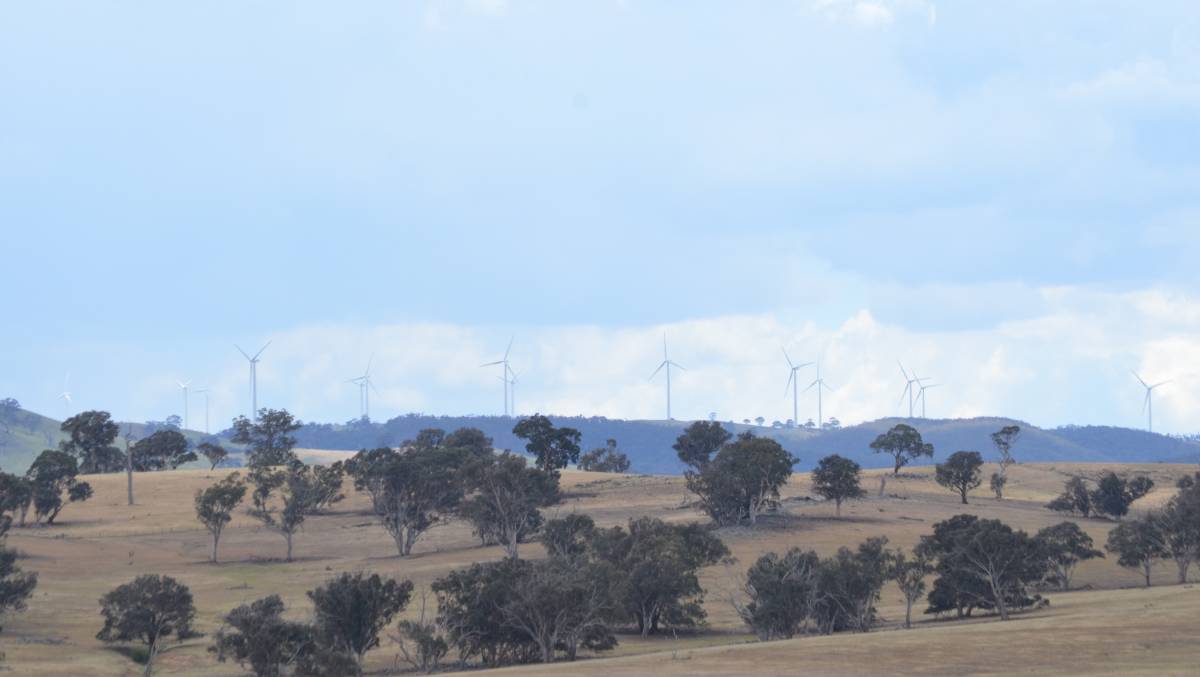 Wind turbines between Crookwell and Gunning.

Farmers For Climate Condition is a national organisation which Mr Prell said is very diverse in gender, race and geography.

"We are proud of the impact we've had on the debate about climate change, and action to address it, in the three years we've been in existence," he said.

"I think we've had a significant impact on the tone and tenor of the debate.

In relation to recent comments by a leading politician, Mr Prell said neither he nor members of the audience are greenie latte-sipping inner city activists.

"We are farmers but we are also activists," he said.

"We want to be in the best possible position to survive the tumultuous weather systems which are coming our way."

Mr Prell was encouraged by the level of interest in renewables replacing our dependence on fossil fuels for our energy requirements and said if it is done sensitively and consciously, there is a great opportunity to do seriously address climate change.

"The good thing about the uptake of renewables is not only is it possible but it is inevitable because the economics have shifted so much that we will transition to this new energy system," he said.

"The best part for me as a farmer is that we can generate passive income, drought resistant income, that is available not only for the landholders and for the community in which we live, but most importantly, for the people who live around the infrastructure.

"I firmly believe most of the problems associated with new energy constructions, particularly wind turbines are created by jealousy."

Mr Prell said viable regional communities are important for their ease of social interaction, aesthetic appreciation and resilience in the face of many challenges, not the least being the current and widespread drought.

"At the moment those communities feel marginalised politically, economically and socially," he said.

"These communities are on the outer, and we are seeing that expressed in the political world and I don't know if it is sustainable.

"I'm not sure if it is going to create an outcome that we want and I think the demonstration of that is the populist politics displayed in this country and abroad."

With the increase of wind turbines across certain parts of the country, and based upon his experience Mr Prell emphasised the need for consultation and collaboration to achieve the best outcome.

"If we want a wider acceptance of renewables in the community we have to incorporate the income stream from those renewables with those who are impacted, most particularly the immediate neighbours of wind turbines and solar panels but the whole community in general," he pointed out.

"We have to ensure we get the income spread into the community as fairly and equitably, and most importantly as transparently as possible."

Benefits of sharing options in relation to renewables

Mr Prell told his audience he didn't think the present situation in the matter of equitable distribution of income generated by wind turbines in particular is creating a positive atmosphere of trust.

"We can certainly do better," he said.

"The process doesn't need to stop and start again, we just need to have a clear understanding of what we are doing.

"We are living through an energy revolution, which is also a social revolution creating opportunities through the wealth generated by the infrastructure of wind turbines and solar panels."

Mr Prell said that investment is creating a whole new income stream, a new opportunity to revitalise regional Australia and it is a movement which has an unstoppable momentum.

He cautioned there is not one particular model which suits all of regional Australia because each community is unique in its lifestyle, geographic position and agricultural heritage.

But he acknowledged the widespread opposition to wind turbines and solar panels.

"The vast majority of the resistance to wind turbines is because of jealousy," he said.

"There is a little bit of fear but most of the complaints against wind turbines have actually been in the development phase before they are built.

"I've been working for the past 15 to 20 years to change that perception.

"And rather than shutting down the inevitable transition to renewables including wind turbines, I would much rather be talking about making things better."

Mr Prell noted positive moves are being made by renewable energy developers including as much input from local suppliers and small business as possible.

There is a massive opportunity and they don't want to be left behind but be a part of the landscape of the future.

"They have learnt it is better to involve the community. The locals know the area and it is cheaper," he said.

"Community engagement is essential, and it reduces the angst.

"That is my vision for the future."