Falling supply to challenge most Australian commodities in first half 2020: Rural Bank.

WITH or without rain, the first half of 2020 will serve up some of the most challenging circumstances Australia's cattle producers have had to deal with, industry and agribusiness leaders say.

Fully capitilising on renewed demand for the high quality product Australia can command a premium for will be hindered by the ability to produce in trying conditions.

It says drought, combined with high input prices and declining livestock numbers, has caused supply to decline in almost every agricultural sector.

Horticulture is expecting some increased supply for export next year but dairy, beef and sheep will see much of the higher demand go begging.

Rural Bank regional manager agribusiness Mark Pain, based in St George, Queensland, said it was hard to imagine seasonal conditions could be any more challenging than they are now but the concern in the cattle game was that without a late summer break, the continued sell-down of breeding numbers will lead to complete destocking in some cases.

Rebuilding the herd was going to be a 'slow burn', he said.

Those who do find themselves with feed in early 2020 will be faced with big restocking costs.

"The first thing producers will likely look at if they do get rain is to retain what they have and put the kilos on calves - that makes for a slow rebuild," Mr Pain said. 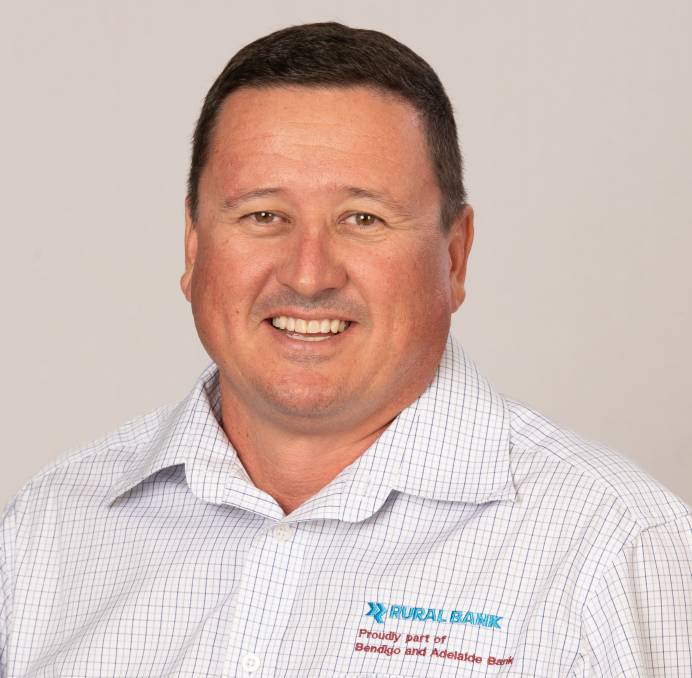 Decisions will come down to where producers see there is money to be made, he believes.

They will be dictated by what is presenting as a good deal - and that could be a catalyst for change in some cattle-producing regions.

"For many, the rebuild may start off being a mix - retaining a breeding herd to some extent and buying trade cattle on the side to generate cash flow while the grass is there," he said.

SEE ALSO: What this year's most profitable beef producers did

Dry conditions are expected to continue until March, due to a predicted late monsoon season in the tropics which will delay the breakdown of the Indian Ocean Dipole, Rural Bank's Australian Agriculture Outlook 2020 says.

It has forecast beef production to be 10 per cent lower in 2020, due to both the low herd size and declining carcass weights.

The cattle market, however, will remain stable. Rural Bank says the Eastern Young Cattle Indicator should float around the 500 cents a kilogram carcase weight mark in the next three months.

Providing strength for prices is rising global demand, which Rural Bank expects to lift by 4pc.

Mr Pain said the protein demand coming out of China in the wake of the liquidation of Asia's pig herd due to African Swine Fever was the big driving force.

"Beef has been the winner of that in Australia," he said.

"We saw a major shift this year with China becoming the number one export market for Australian beef," he said.

However, while China is creating huge opportunities at the moment, Australia has other existing strong export markets and well-developed relationships, he said.

DAIRY: Australian milk production is forecast to decline 4 to 6pc while global demand rises 3pc, due to increased volumes of milk powder to China. The outlook for farmgate milk price is flat.

HORTICULTURE: The value of fruit and vegetable exports is expected to increase by 15.5 and 10.5pc respectively in 2019/20. Nut exports value is forecast to increase 13.4pc, driven primarily by the rise in almond exports. Production of summer fruits, grapes and nuts is expected to grow, supporting export growth. However, this will likely see domestic values soften in the first half of 2020. The Indonesia-Australia Comprehensive Economic Partnership will help grow potato and carrot exports, as tariffs are reduced from 25 to 10pc.

"In 2020, we expect to see increasing export demand for Australian fruit, vegetables and nuts, driven by increased demand in China, Japan and Indonesia. This increased demand will also raise the export values of all three groups," said James Robinson, head of sales WA, SA, NT and Western Victoria for Rural Bank.

GRAINS: Winter crop supply is forecast to be 24pc down on historical levels, but 1pc higher year-on-year. Trade tensions, particularly with China, are impacting trade flows of barley and canola. Barley exports are forecast to rise 5pc year-on-year but remain 32pc below average, reflecting uncertainty over China's investigation into Australian barley and reduced demand for feed due to the African Swine Fever induced liquidation of the domestic pig herd.

"Drought has impacted grain production in many areas of the country, with harvests expected to come in well below historical averages for all grain types. Whilst parts of Victoria and SA have seen above-average results, this has not been enough to offset drought affected areas," said Greg Kuchel, regional manager agribusiness for Rural Bank.

SHEEP: Supply of lamb and mutton is expected to be lower in 2020 due to poor weather conditions and a smaller flock. Growing consumption of Australian lamb in the US and China should sustain high demand. The Eastern States Trade Lamb Indicator should average 6.1pc higher in 2020.

WOOL: Ongoing trade tensions between the US and China continues to impact confidence in the wool market. Imports to China are down 26pc versus last year levels, a trend which is expected to continue. Prices are expected to remain flat for the first half of 2020. If an agreement is reached between the US and China, prices could rise as much as 10pc.

The story Beef demand will go begging in 2020 first appeared on Farm Online.