After the dust and smoke clears Eastern Australia will return to a wet period. Will we be in a position to harvest that water or will it just run away?

The first sunspots to appear in a long time are like early sparrows arriving in spring - a sure sign that a new solar cycle is upon us, bringing the hope of rain says long-term forecaster Dr Rob Baker, Armidale, who says that while the next six to 12 months may offer some respite with scattered rain, the potential for drought remains for another two years - including another El Nino event.

The two new sunspots, designated as NOAA 2753 and 2754, were seen on Christmas eve by NASA's Solar Dynamics Observatory.

The Solar-Terrestrial Centre of Excellence in Brussels, Belgium reported that the period from November 14 to December 23 was the longest stretch of spotless days on the face of the sun in more than 20 years. The predicted end to the current solar cycle is not until April.

Last week there were good falls of 30mm and 40mm in parts of the rain-deprived New England, particularly around Armidale and Guyra. These were received as a sign of things to come, along with the passing of ex-tropical cyclone Blake in the west and its merged cloud band with a cold front across the south.

Those keen to track the exact progress of new solar cycle 25 are reminded to study the Southern Oscillation Index and sea surface temperatures because these readings will herald the flip from which time we can expect wet weather. Dr Baker says the change is typically sudden, over a period of a few weeks. 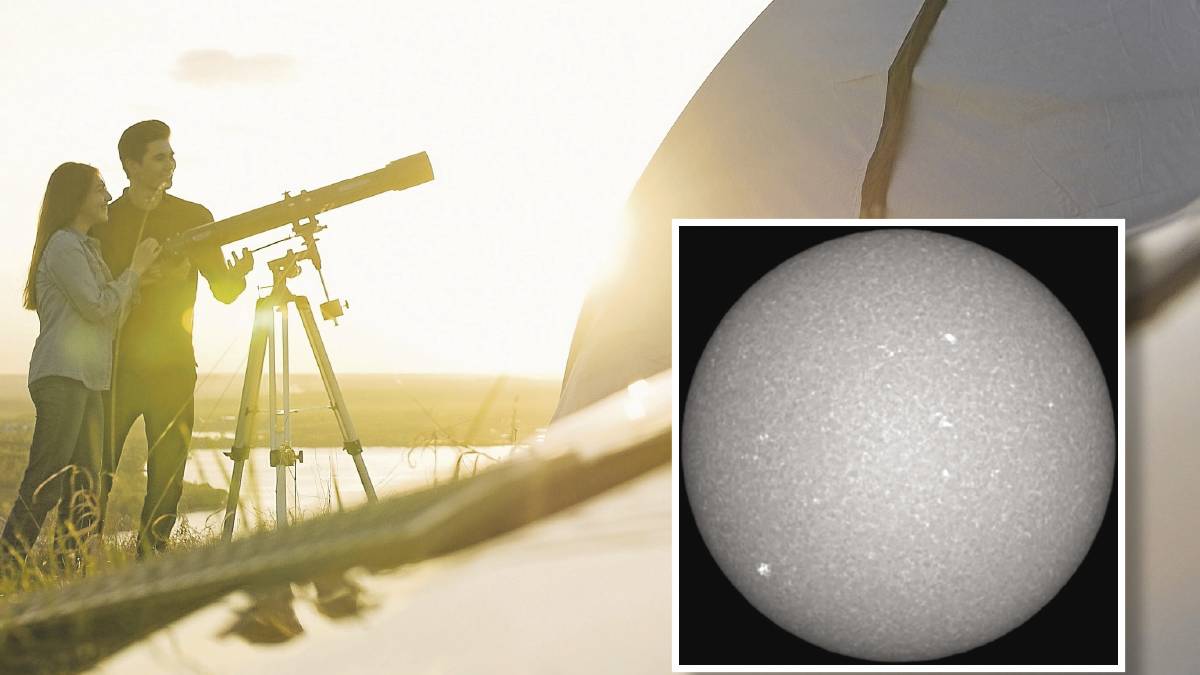 The two new sunspots, designated as NOAA 2753 and 2754, were seen on Christmas eve by NASA's Solar Dynamics Observatory.

Compared to the patterns of the last once in a hundred year drought, which ended in 1902, this one has shown features remarkably familiar, with the exception of record heat and resulting evaporation. That factor could be a sign of human induced climate change, said Dr Baker.

Another fact not well discussed is that six of the 15 wettest years according to written records occurred after the start of this millennium. Those wet periods peaking in 2011, the wettest year on record, contributed immensely to increased fuel loads in bush that is now burning. There was very little hazard reduction opportunity during those wet times, which ended abruptly in 2017.

Dr Baker will explain how he uses his complex forecasting models at the Orange CWA hall on Monday, January 20, and again at Bathurst RSL Club, during a NSW Farmers' dinner, on Wednesday, January 22.

"I hope to transition farmers to use this information so they can see what is happening," he said. "I call it watch and act." 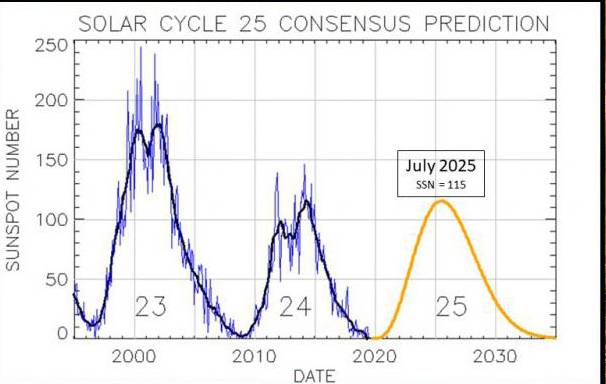 The next solar cycle is predicted to peak in 2025 with sun spot forecasters saying this will coincide with an La Nina wet event. Image Solar Terrestial Centre of Excellence, Belgium.

Dr Baker says this drought is not a lot different to the last mega drought from 1900 to 1902 and solar cycles are reflecting that with a "double horn" as expressed by his physics models using data from cosmic ray measuring stations in Siberia and California. Another measuring station in the south Pacific would be very useful, he says.

The Bureau of Meteorology last week released its annual climate statement reporting that the year was 1.52 degrees C above normal average temperatures recorded since 1910. The record was last broken in 2013.

National average rainfall was the lowest in 2019, with 1902 previously holding the record. 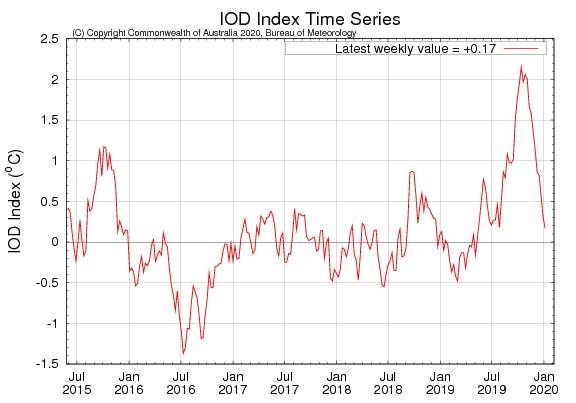 This Bureau of Meteorology graphs shows the dramatic collapse of the Indian Ocean Dipole from positive territory to near neutral. The climate driver's influence typically wanes during our tropical wet season.