Young growth after a hot fire in November recovers well after rain, near Rappville, but big hollow trees suitable for wildlife, like the giant crumbled ruin in the background, have come crashing down across all the burnt forests.

This season's fires have challenged the direction of future fuel load management but managing for a mosaic is easier said than done.

Big hot fires have changed the course of forest progression all along the great Eastern Fall in ways most of us don't understand.

Huge, hollow nesting trees became chimneys that burnt for weeks and inevitably collapsed, crashing down, no longer home for what used to live there. Most agree, hot crowning fires are no good for the environment but there remains plenty of debate about the length of time between lighting a fire stick as a tool to hazard reduction.

Annual burning creates the need to burn sooner, with grasses changing the landscape. On the other end of the spectrum rainforests that avoided fire for a long time are better able to resist a blaze by conserving moisture. So, how long should some forests be allowed to remain fire free?

For the past 40 years forest ecologist Dr Robert Kooyman, honorary research fellow at Macquarie University, has been working and walking the flanks of the Mt Warning Caldera, and over the last four weeks, exploring rainforest gullies and schlerophyll ridges across one of the saddest firegrounds of this season. He has never seen such extensive damage to Gondwanaland rainforest as witnessed by the Mt Nardi fire in November.

At the heart of the matter is a small stand of ancient trees with relations that exist only in the Queensland tropics but nowhere else in the world. 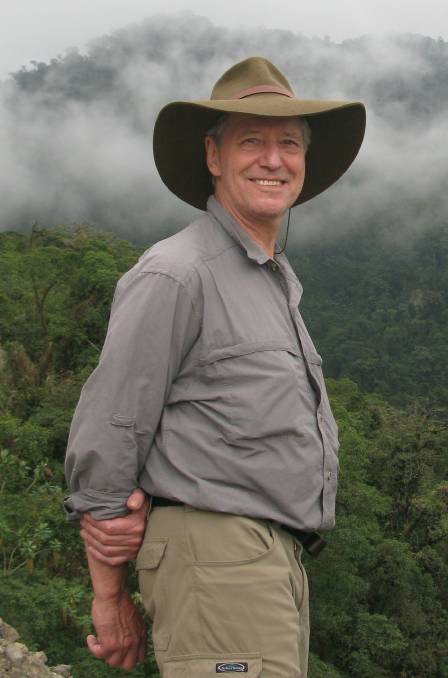 Nightcap Oak, first discovered by Dr Kooyman in 1988 and confirmed through genetic evaluation in 2000, is a relative of the silky oak and the banksia but has roots that go much deeper into the history of Gondwana.

Remarkably the tight cluster of trees, young and old, have shown an amazing genetic diversity, unlike the small stand of Wollemi Pine, which is a clone. A scientist would think that greater diversity would aid in the species survival, but there are other factors at play.

The Nightcap Oak now shares its ancient habitat with plantation blackbutt, planted after WW2. No one knows how many of the rare trees were cleared to make way for a timber crop - which is now part of a national park. But the fact remains that those few survivors are now affected by eucalypt neighbours which tolerate fire.

Consulting ecologist Dave Charley, Lismore, says fire management is necessary to help shape eventual ecological outcomes. The endangered Eastern Bristlebird is an example: On the North Coast its habitat would be lost unless there was a regular fire. Further south and too much fire will set them homeless.

The Hastings River mouse is another endangered species that requires a nuanced approach to fire management. Researchers found that country with no fire for more than 20 years excluded the species but they returned when fire was applied. Certain regimes can help one or the other, but not both, which implies a need for a diversified approach to hazard reduction.

"Fire management is incredibly complex," said Mr Charley, "And it is more so in this year of extreme drought with appalling winds and high temperatures."