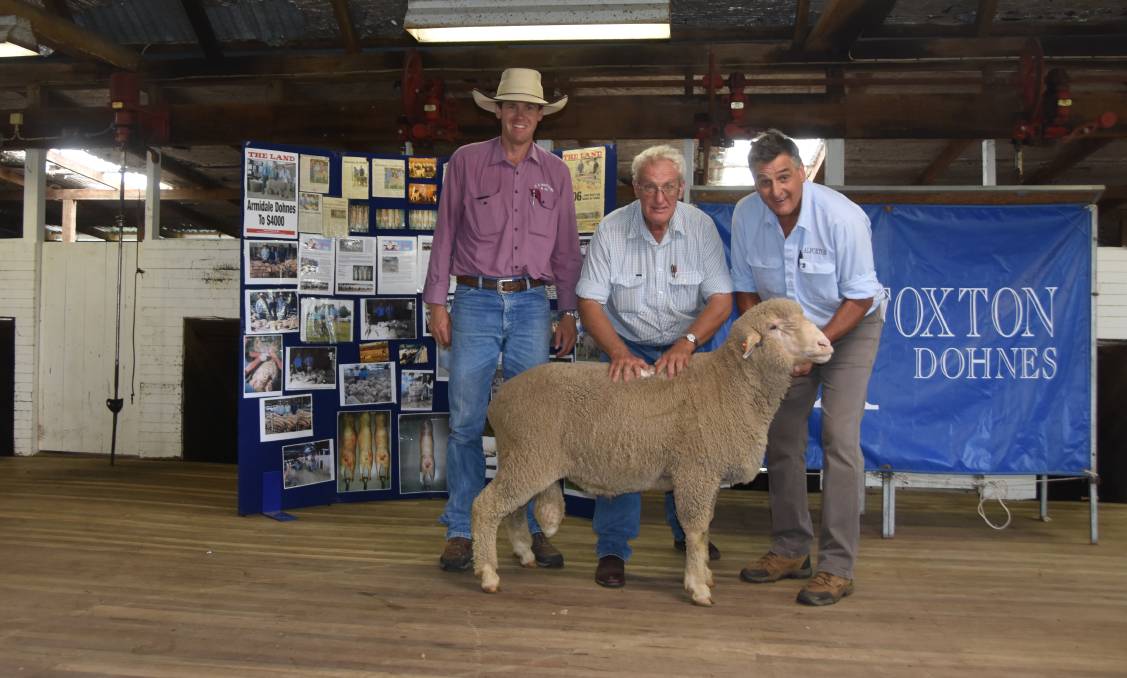 A small shower of rain was a welcome start to the Alfoxton Dohne ram sale of Chris and Cindy Clonan near Armidale on Monday.

The stud offered 59 rams with 44 rams selling under the hammer and a further ram selling after the sale for an 76 per cent clearance.

The sale included 33 sons of RP14-0055 who was purchased in syndicate from Roseville Park for $20,000 at the National sale 2016, the vendor considered these to be some of the best ever progeny offered.

This reflected in the results with 28 of the sons selling for an average of $1442.

Registered bidders came from throughout NSW and new purchaser, St Helens Partnership from Elbow Valley in Queensland who purchased four lots at $1000.

Mr Uebergang also purchased the two rams who shared the second highest price of $2500, in total purchasing eight lots for an average of $1,957.

Mr Bucknell has been working to increase the size of his sheep while maintaining the quality of his medium wool. He has been breeding Dohne for about eight years after moving away from the Merino breed, he found the Dohne handled the dry conditions on his property more efficiently.

"I like they balance they give me of both wool and meat," he said

"The sheep have proven to be more profitable so we will sell our remaining cattle and stick with the sheep," he said.

Bukkulla station runs a commercial flock of 6000 ewes, down from their normal 8000.

Other buyers of note was Mossgrove partnership from Inverell who purchased five rams and Milgalar Pastoral co, Warialda, who purchased eight rams in their first purchase from Alfoxton. They had bought ewes from a buyer of Alfoxton and had bought rams to continue the lines.

Stud principal Chris Clonan was thankful for buyers' support and very pleased with the results given the extreme seasonal conditions over the last twelve months and the absence of several volume buyers who just didnt have the ewes to require more rams.

This was the heaviest draft of rams they had displayed with a top weight of 108kg.

"Our size has increased genetically, but we have not lost focus on our wool, we have a soft handling, bright white crimpy wool and I don't want to let that go," he said.

"I wont compromise the wool for carcase, " he said

The sale was conducted by CL Squires and Co with Robbie Bloch as auctioneer.