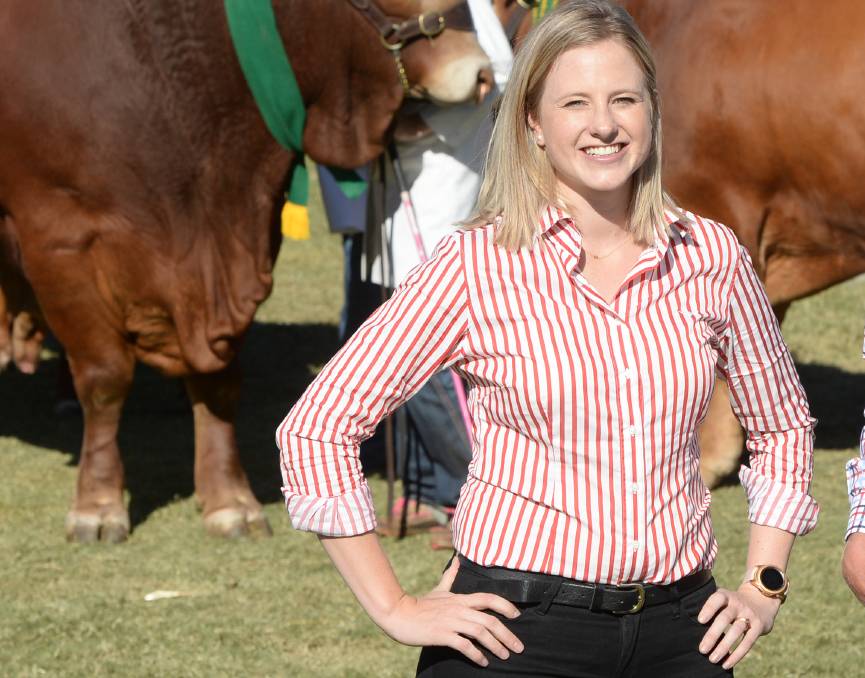 New technology gets financial backing ahead of Orange event.

Work is currently underway to establish a Black Box Co prototype, expected for completion at the end of March, before they begin approaching more companies for further investment.

Unlike other cloud based services, Ms Speight's platform isn't designed for a specific crush side equipment brand but rather works with any excel type file upload, even up to a decade old.

Average weight gains, foetal ageing at pregnancy testing, lactation status and medical treatments are among the data sets that can be sorted and cleaned through the program to provide a producer with a report in a couple of seconds.

As a result producers have been able to identify animals with high average daily weight gains and positive pregnancy results for more accurate culling decisions.

Ms Speight hoped the broad range of information could one day be used for industry benchmarking, drug research and genomic predictions.

"A lot of data is being collected in animal industries but it's not being utilised," she said.

"It's not being used by the producer or by the industry and the power of data really works when it's on scale and that's what Black Box creates; taking these fragmented data sections, making them immensely useful to the people that collect them but then also being able to aggregate them all together to make them useful for developments in the industry.

"There is an opportunity to aggregate this data completely anonymously and then it be used. One of the prime examples would be with developing a genomic evaluation that requires a lot of data and a lot of data that is continuously up to date."

With so many online databases available, Ms Speight said the low cost and low input Black Box model was what set them apart.

"One of the good things we have identified is, especially in the corporate setting using this software, somebody else could take over and have the same knowledge, you don't need them to learn all the hard mistakes again," she said.

"Every producer is really good at knowing their weaning weights or percentage but they don't know how that slowly drifts over time and the impact on that.

"The impact can be huge, even overstocking a paddock by 200 head and not realising. It takes a long time to correct that so being able to know whats within your limits and whats not and whats working and whats not is really the tool we are giving producers."

Ms Speight and representatives from the eight other SparkLabs Cultiv8 funded startups will meet in Orange next month at the Global Ag-Tech Ecosystem.

The support includes seed funding of up to $100,000 and SparkLabs resourcing, networking and mentoring.

SparkLabs Cultiv8 partner Malcolm Nutt said there had been an increase in applications for the 2020 Accelerator program, now in its third year, from Australia and around the world.

"This year's cohort represents an interesting mix of agricultural game-changers who will make a real difference to farming, food production and technology," he said.

"We look forward to helping them interact and evolve with our diverse range of mentors and partners."