The answer to the Australian dairy industry's woes lies in changing the production system, according to a leading dairy business analyst. 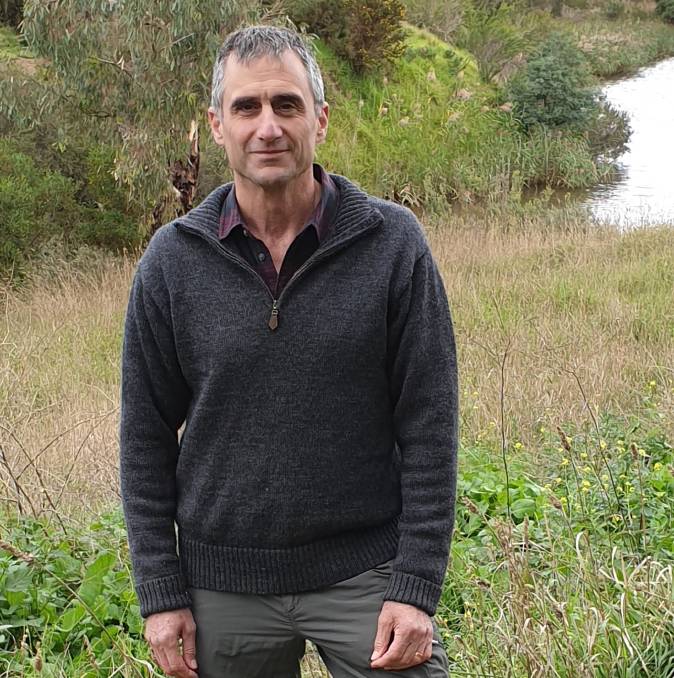 The answer to the Australian dairy industry's woes lies in changing the production system, according to a leading dairy business analyst.

But this key issue was not being addressed in the Australian Dairy Plan, which was focused on factors beyond the farmgate as the cause of the industry's stagnation, he said.

Mr Beca used business data sets from all six countries going back to 2003 to look at the impact of factors such as milk price and weather on farm profitability.

He concluded the key factor for any dairy industry exposed to export markets, like Australia's, was having farm systems based on a high percentage of directly grazed pasture in the cows' diet and having the right cow for that type of system.

It also concluded that if a lower cost of production system was adopted on Australian farms, these farms would improve their profitability, and if this was done by significant numbers of dairy farmers, the Australian dairy industry could return to annual milk production increases of 2-3 per cent.

Mr Beca pointed to South Africa as an example of what could be achieved if a dairy industry was prepared to change tack and move to a low-cost system.

"I believe this is the central issue - there is nothing else that comes close," he said.

But the Australian Dairy Plan did not address this issue beyond motherhood statements about wanting everyone to be more profitable and setting a profit margin as a goal.

"Introduce me to one farmer in the industry who doesn't already have a goal of being more profitable," he said.

"What they need is a way to become more profitable."

The problem did not lay with factors outside the farmgate - like milk price, the weather, the government or industry structures.

"Actually the problems are on the farms and the farmers could actually fix the problems themselves," Mr Beca said.

"And most farmers have the skills to do that as opposed to needing new skills."

Mr Beca's analysis showed the decreasing percentage of pasture in the cows' diet led to an increase in the cost of production.

This was primarily due to the increase in total feed cost per litre and the lower cost pasture being replaced with higher cost supplement.

"It really is just so clear, pasture is a much lower cost feed than supplements in all countries where pasture can be grown, that is, in temperate climates where there is sufficient moisture to grow pasture," he said.

One of the challenges was that most of the economic principles involved in dairy farming were counter intuitive - they ran counter to the biology or what made sense from a physical point of view.

For dairy - or other pasture-based industries - the key was minimising the cost of production and maximising the profit margin.

Actually the problems are on the farms and the farmers could actually fix the problems themselves." - David Beca

Retaining a larger margin also significantly reduced risk, so when things like the milk price, weather or feed price changed, farm businesses were in a better position to manage these.

"Which is actually really neat and a very unusual business principle, because normally you need to risk more to make more."

The analysis showed Victorian dairy farmers along with farmers in Tasmania and South Australia were effectively paid a competitive milk price in the period analysed (2003-2019) compared with other major exporting countries like New Zealand, Argentina and Uruguay.

However, these comparatively high milk prices were not sufficient to arrest declines in milk production in NSW and Queensland.

Mr Beca said that even industries that supplied only a domestic market, like South Africa, no longer received a significant premium over internationally traded prices.

This was linked to what happened to international prices in about 2008 when two major changes occurred in world markets with China becoming a huge importer and the US becoming a huge exporter.

This meant the world price dictated the farmgate prices in all countries, unless the government was prepared to ban imports or pay certain producers big subsidies.

Given Australia wants to freely trade a fair number of commodities, the government was unlikely to offer these market supports to one group of producers, he said.

Challenges for some regions

Mr Beca said the principle of getting more pasture into the diet applied regardless of where people farmed, the climatic conditions they faced or if their processor demanded a flatter milk supply curve.

"The answer is it doesn't matter what the weather is, what the climate is, north or south, or what the dairy company is asking, encouraging, demanding for a milk supply curve, the principle is simple: high amounts of home-grown grass directly harvested by the cows is the opportunity to reduce cost of production," he said.

"So the answer is the same. The difference is that the further north you go, the harder it is without a doubt to have a lower cost of production."

Mr Beca's analysis did concede that northern Victoria, as well as parts of NSW and SA that were reliant on Murray Darling basin irrigation water, had been negatively impacted from changes in water policy and competing irrigated land uses.

These changes had both increased the cost of water and reduced its availability, resulting in reductions in pasture production and increases in average feed costs. This has driven up the cost of production and made these regions less competitive with southern Victoria and Tasmania, for instance, or Australia's international competitors.

So farmers in the Murray-Darling basin would need to be smarter than their peers when developing their production system and more focused on the percentage of pasture in the diet - not the reverse.

"They have to be even more focused on the pasture side to get it right, not follow what people naturally do, which is to say, well the weather or lower long-term water allocations means we've got to use more grain and therefore go down that track," he said.

If they decide they could not utilise a high percentage of pasture and so not have a competitive cost of production compared with other regions, then the business decision for the farmer could be to move to another region where fundamentally they could can compete longer-term.

"There is unfortunately no middle ground here. Other than ... if they can convince a government to make payments to them separate to the rest of the industry. That's the only other way," Mr Beca said.

But he said within the larger message, there was enormous opportunity.

"There's this huge scope across all the country including all the way to Queensland or Western Australia for many many farmers to significantly change their production system by increasing the percentage of pasture in the diet and at the very least this would make them a lot more profitable than their peers around them," he said.

Operator not the sole key factor

Mr Beca also challenged the view that the individual operator - not the system - was the sole key to driving profitability.

Although it was true that some operators ran profitable high-input systems in Australia, it was equally true that the choice of production system would drive the average and the range of cost of production across farms.

Those successful outliers, running profitable systems and producing 9000 litres per cow per year, were not relevant to the analysis.

It was vital to look at a substantial data set over a significant period of time to discern overall trends.

It was also important to understand the underlying principles and then look for the causal relationships, not just correlations.

Mr Beca said the change in the Australian system had been a slow drift over 20 years or more.

"It's not that you look at the present situation and say how silly is this," he said.

"Because dairy farms are such complex businesses and because farmers take all these small steps when changing their production system - and that's what happened.

"What happens is 10 or 20 years down the track you haven't noticed the yearly impact of the small steps but you wake up and say something's bloody wrong now."

The core of the problem for the industry in Australia now was a dominating focus around the centrality of the cow.

The analysis argued a change in the production system of this scale would create two major farm business challenges.

Although this could improve the cost of production and level of profitability, it would be a significant challenge to manage.

The second major challenge for many farmers would be that because of the type of cow being milked, a significant reduction in concentrate feeding would result in cows losing too much bodyweight and being unable to efficiently produce milk or get pregnant.

So farmers would need to start breeding a cow that could efficiently produce milk with a high percentage of pasture in the diet and for many farmers this could take five to 10 years to achieve.

But change was possible - as demonstrated by farmers in South Africa, who have moved from focusing on cow production and partial mixed ration systems to lower cost pasture-based systems.

"South Africa, I keep telling anyone who would bother listening to me, is an extraordinary success story," he said.

"It is rare to see an industry change tack and they have and that story is so relevant to Australia."

Mr Beca said change there was led by individual farmers who were already successful but realised that they should have been getting much better margins.

These farmers led the change and industry bodies followed when they realised they were becoming less relevant.