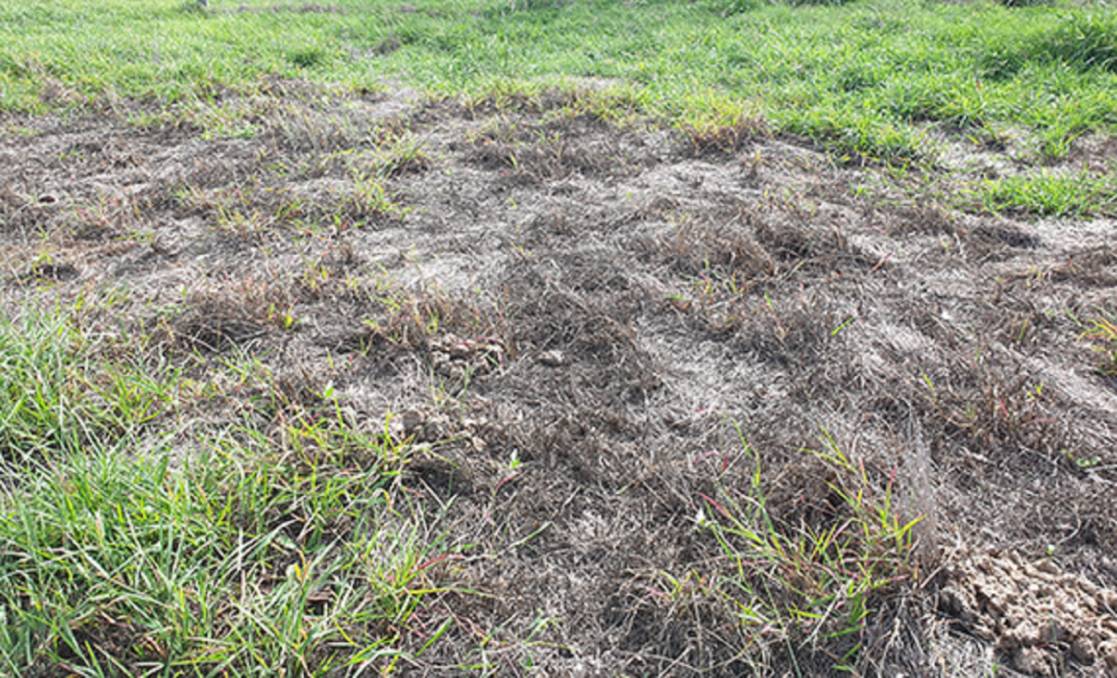 Pasture die back caused by mealy bug infestation has been confirmed to have spread over the Queensland border to the North Coast of NSW.

Pasture dieback has arrived on the NSW far North Coast with a first confirmed case. Dieback was initially reported in NSW last autumn, but due to dry conditions it wasn't confirmed until recently.

Producers are now being told to keep a look out for the signs of pasture dieback which kills sown and native summer growing grasses. Imported grass hay from Queensland during the drought could spread dieback.

There are a lot of unknowns about pasture dieback, best understood in Queensland where it has affected Buffel grass, Gaton and Bambastic Panic and Digit grass from Atherton to the Lockyer Valley.

However dieback also affects Kikuyu, Setaria, Rhodes, Couch, Bluegrass and a host of other species, first noticeable in the older leaves, turning them yellow, red and purple.

The complex condition causes a succession away from grasses which if they do return to the dieback site can be affected by dieback again. Until the cause is confirmed, there are ways to manage dieback by planting forage brassicas and legumes which are not affected, and in fact broadleaf and legume weeds tend to colonise areas of dieback.

"We're not sure how long a producer will have to grow alternate crops before they can go back into perennial summer pasture but it appears to be for more than a year," she said.

"Producers should keep good records and ensure all staff and visitors are instructed to follow their business management hygiene requirements.

"Mealybug infestations have also been reported and researchers are exploring an association between the two. However, we believe the cause of dieback is more complex than the relationship with pasture mealybug alone."

Researcher Carrie Hauxwell, Queensland University of Technology, said there were many unanswered questions about pasture dieback that required investigation. While there were suspicions of soil microbe imbalance, evidence so far has failed to pigeon hole the problem.

Dieback can occur in flogged paddocks and in lush ones, in drought affected country and in landscapes where adequate rain has fallen.

"We've seen well managed pasture with dieback," Prof Hauxwell said, noting further funding from MLA will be used to investigate the problem, with one project looking at grass varieties, another monitoring the impact of natural enemies of mealy bugs, like parasitic wasps, and another investigating chemical and biological control.

Already there is a special permit allowing the use of Movento, produced by Bayer, to kill mealy bug infestations.