Wyatt Bechtel who is the marketing manager at Filament and a partner at Bechtel Ranch in Kansas. Photo: Wyatt Bechtel

As Australian farmers get on with job of producing our food and fibre. How has COVID-19 impacted our farming peers overseas?

The tractor wheels are turning, cattle sales are still underway and click go the shears - it's (mostly) business as usual for Australian farmers.

While Australian agriculture has felt the affects of some aspects of coronavirus, such as labour shortages or freight interruptions, the pandemic has highlighted the importance of food production as shoppers strip supermarket shelves of produce.

Some might say agriculture is tipped to be one of the few sectors in Australia that will come out of COVID-19 restrictions better than how it went into it.

But how has the coronavirus impacted our farming peers overseas?

The Land put this question to several agricultural specialists from across the globe who have given an insight about the challenges being faced by their farmers due to the pandemic.

In America's farming heartland, ranchers are getting the bulk of their spring work done in spite of the pandemic.

Wyatt Bechtel, who is the marketing manager at Filament and a partner at Bechtel Ranch in Kansas, said the pandemic had caused market strain for nearly all commodities as distribution chains were interrupted.

"Before the pandemic, most agriculture exports were up in the US (but) there is some uncertainty about what trade relationships will look like, particularly with China, as the world economy rebounds," Wyatt said.

He said some meatpacking plants (abattoirs) had closed or slowed down as employees had contracted the virus or were staying home out of fear of catching it.

"The lack of packing has caused some contract growers for poultry and pork to make drastic decisions such as euthanise animals or purposely slowing down the efficiency of their livestock by altering rations," he said.

Wyatt said the shutdown of schools and dining at restaurants had seen the decline in demand for dairy products, which had led to dairy farmers dumping milk on farms.

He added there were also petitions calling for the re-establishment of mandatory country of origin labeling (mCOOL), a law found to be out of compliance by the World Trade Organisation.

Back on his family farm, Wyatt said their farming operation had not seen impacts like other farmers across the country, recently selling some cull cows after herd pregnancy testing to average prices for that class of animal. However, he said if they had sold weaned calves at the same time, they would have seen losses in profitability.

"We typically graze our weaned calves until the fall and sell them in October, so it looks like that strategy will be best served for this year as the world economy bounces back from the pandemic," he said.

But if social distancing continues into the fall, he said it could impact their deer hunting business and bird dog field trials they hosted.

"This pandemic has revealed some weaknesses in our agriculture and food distribution systems. Hopefully, lessons learned from COVID-19 will strengthen and unite agriculture producers in the US," he said. As Northern Ireland moves into its main growing season with tractors pockmarking the countryside, international freelance agricultural journalist Chris McCullough said the food chain in his country, like the rest of the UK, was being sustained, albeit with a few hiccups.

Chris said there was huge uproar in Northern Ireland when some meat processors decided to import cheap minced beef from Poland in the midst of the pandemic.

"Processors defended their actions by saying it was to fill a sudden gap in demand," Chris said.

"However, farmers and the wider agri-industry lambasted the meat packers calling for them to desist and support local produce."

While many livestock marts had been operating online video sales during the pandemic, Chris said these vital services were opening again, while slowly enforcing government social distancing regulations.

He added that losing the food service sector market had been tough for the dairy industry with milk being dumped on the UK mainland as a result.

"Farmers are a resilient bunch and normally work in isolation anyway, so being restricted is not such a problem," he said. The hardest hit sectors in the Netherlands has been floriculture, an industry where 85 per cent of what is produced is exported, and has an export value of 6.2 billion Euros.

"Flowers are a luxury product and as a major exporter the sudden crash in demand and closing of borders brought flower growers directly into trouble," said freelance agriculture journalist Egbert Jonkheer.

"A lot of flowers had to be destroyed."

He said the government had eased some of the pain in the short-term with funding support of 650 million Euros but for many businesses in floriculture it could mean the end.

Another industry hit by the pandemic had been potatoes, in which four million tonnes of ware potatoes were produced with h a majority ending up as french fries.

He said when corona measures got in place coupled with the closure of restaurants, 60 to 90 per cent of the demand for frozen potato product was suddenly gone.

"Potatoes are the number one crop for Dutch arable farmers," he said.

"With closures, farmers were left with one million tonnes of potatoes that have now ended up as fodder for the cows, or the digester," he said.

"There has been a big shake-up, but there have been agricultural sectors that have coped rather well so far," he said. 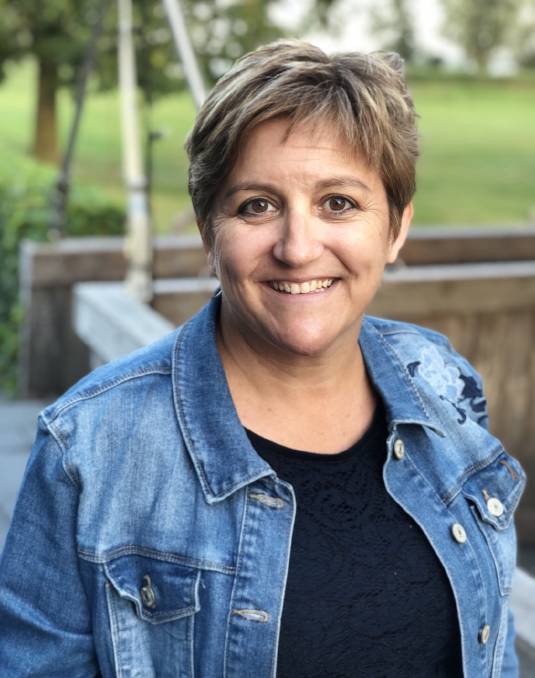 It's early spring in Canada and farmers are just getting into their fields to plant spring grains like canola, corn and soybeans.

Kelly Daynard, who is the executive director at Farm and Food Care, said the horticulture sector had faced massive shortages of seasonal labour.

"Seasonal workers (from Jamaica, Trindad and Tobago and Mexico) got caught when the border closed," Ms Daynard said.

In the vegetable sector, like the Netherlands, she said there was no market for produce like potatoes, which were widely consumed as french fries in the restaurant sector.

The processing industry has also been badly hit with Canada's largest pork producer closed due to infected employees and there has been supply chain issues as supermarket shelves are stripped bare.

Despite this, she said there was "a lot of good to come from this too" in the long-run.

She said there had been good news stories from grain companies donating to food bank programs to farmers organising tractor parades past local hospitals to thank their first line workers.

"Before COVID-19, there was a lot of focus on food labels...now, people just want to know that their food system is safe and that there'll be food for their families and labels seem irrelevant," she said.