The Milner family of Rosedale Charolais, Blayney, had buyers from a number of states at their 31st annual bull sale, resulting in a 100 per cent clearance.

THE first sons to sell in Australia of two new sires drew demand from stud and commercial buyers at the 31st annual Rosedale Charolais Bull Sale today at Blayney, resulting in a $20,000 top price and an $8137 total average for 51 purebred bulls sold.

Clearing 100 per cent of their offering, the Milner family of Rosedale put up one of their most even drafts of bulls which was evident with their average increasing by over $3000 (up from $4831 in 2019).

Rosedale Percival was the $20,000 sale-topper that was snapped up by Stuart Russ on behalf of an undisclosed client of Nutrien Ag Solutions, Broken Hill. 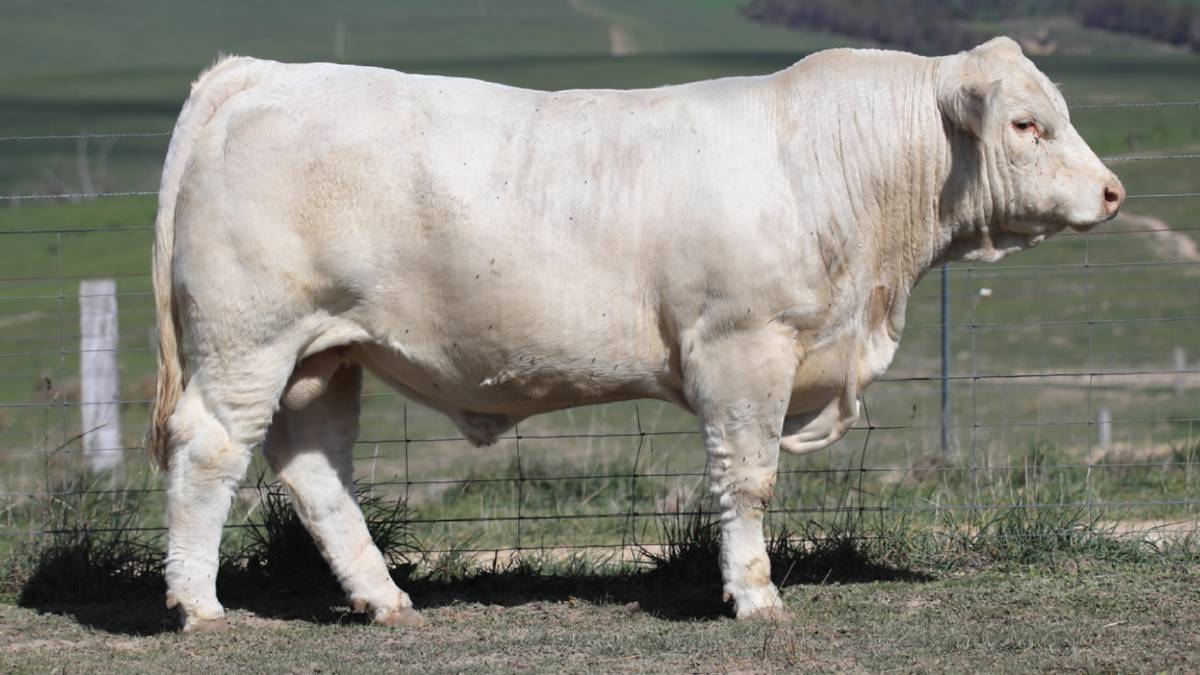 Rosedale Percival was the $20,000 sale-topper that was snapped up by Stuart Russ on behalf of an undisclosed client of Nutrien Ag Solutions, Broken Hill.

The first son of new sire Silverstream Landmark L40 to sell in Australia, the rising 21-month-old was out of the Rosedale Dolly H59 female.

He weighed 840 kilograms with a scrotal circumference of 44 centimetres and measurements of six millimetres in both the rump and rib fats, 126 sq cm in the eye muscle area (EMA) and 6.1pc intrasmuscular fat (IMF).

The $18,000 second top-priced bull, and high-selling yearling, was Rosedale Quantity, one of the first sons of Rosedale Maverick to be offered.

Purchased by Minnie Vale Charolais at Narrabri, he was described as a "tank" weighing in at 691kg at just 13 months, showing remarkable growth for age.

Both were rising 20-month-old daughters of Ascot Grand Redemption G52E, and sold pregnancy-tested-in-calf.

The largest volume buyer was Deddick Springs, through Ray White Emms Mooney, who purchased nine bulls for a $4000 average.

A number of others snapped up three to four bulls, including repeat client Branga Plains Pastoral Company, Walcha, who bought four composite bulls for a $9000 top and $6750 average.

Full detailed report in next week's The Land newspaper.