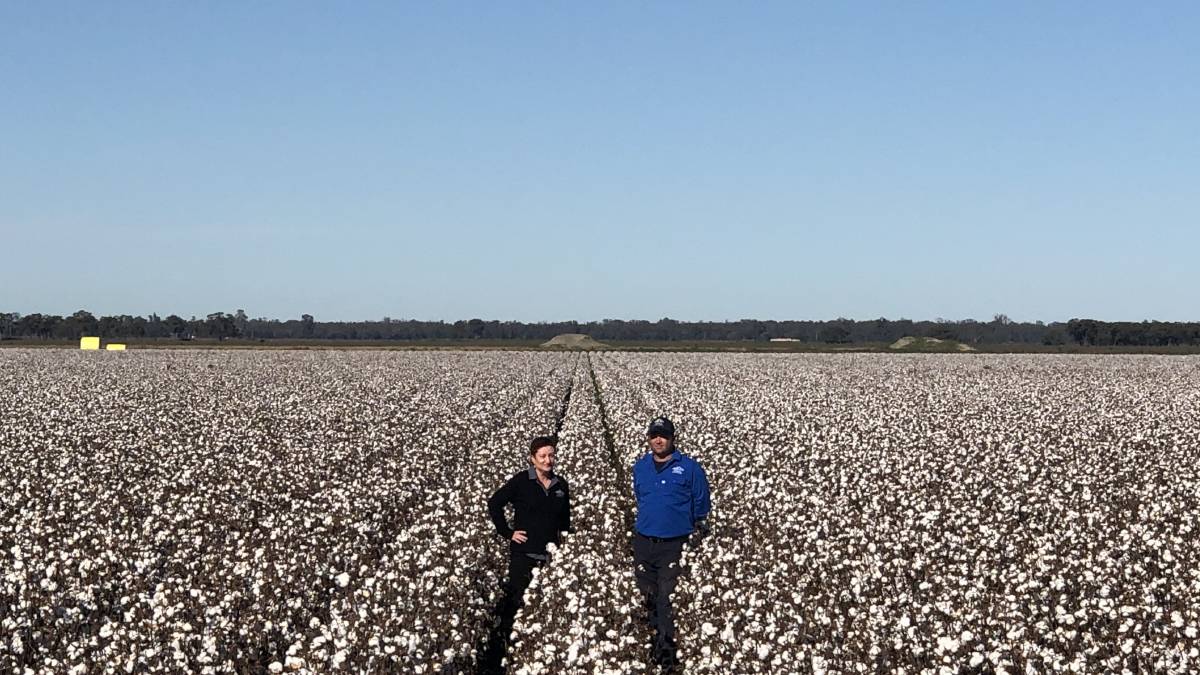 Southern Cotton CEO Kate O'Callaghan and farm manager Paul Flewitt. They said despite the tough seasonal conditions and low plantings, growers have come away with reasonable yields, good prices and some water savings.

Water savings a silver lining for cotton this season.

Higher than average autumn rain was welcomed with open arms by farmers across the state, but for southern NSW cotton growers it has been yet another obstacle thrown at them in what was already a challenging season.

But, despite the less than optimal conditions, yields are reasonable, with around 11 bales picked per hectare, and prices remain high, growers locking in at greater than $500 a bale long before COVID-19 disrupted the economic landscape.

The rain has also led to water savings, with some growers able to forgo their last two irrigations of the season.

"There are 15,000 hectares in the valley and we will be processing 80,000 bales at the Southern Cotton gin. We're down to 22 growers who are delivering cotton here," Mrs O'Callaghan said.

She said it was good to see yields of 11 bales a hectare this season.

"It's not the record yields we've seen in this valley of 13 to 14 bales per hectare but it's still a good return.

"Especially considering it was a cold start, then we had heat shock, then we had crops under smoke, blocking those sunny days, then a cold, wet finish." 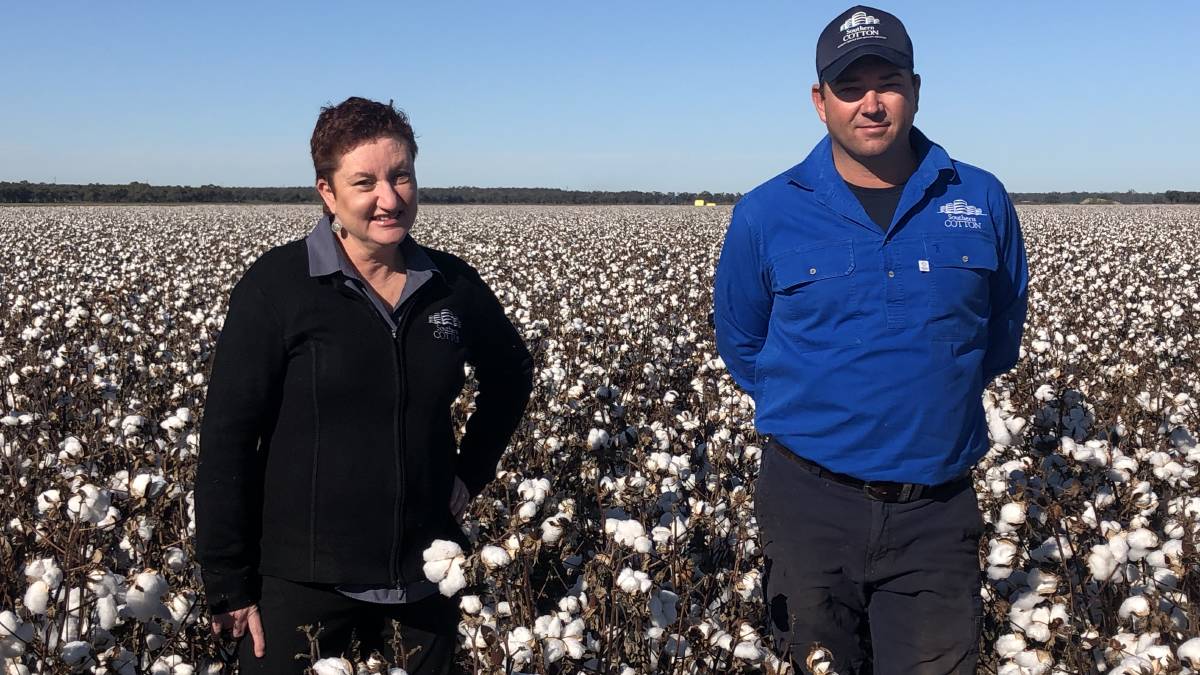 Southern Cotton's Kate O'Callaghan and Paul Flewitt. Southern Cotton expects to process 80,000 bales from across the Murrumbidgee valley this season.

"The crop was late to get started down here because we had very cold, windy conditions," Mr Flewitt said.

"Then we only had January-February to get the crop going, before we got rain on March 6. The weather turned cold and wet, and then we started to see some premature senescence which affected maturity."

He explained there was still a lot of immature fruit that they weren't able to harvest.

"The abrupt end to the season has probably cost us a bale to the hectare."

Another challenge of the season was the short picking days and compaction from the wet ground, growers only able to get going at lunchtime due to the high moisture levels.

The extended wet and cloudy periods also had the potential to affect quality, however, that luckily hadn't shown up occurred in the cotton that had been processed so far.

"We've even had quite a few bales get a premium for colour, which is good considering we had 100-plus millimetres on it before harvest," Mr Flewitt said.

They had also managed to get two "irrigations" through rainfall late in the season.

"I haven't done the numbers yet but we would have saved quite a bit of water.

"We would usually have eight to nine irrigations and we got away with seven."

"You can turn cotton off and on and that's why it's particularly suited to a number of irrigation valleys."

He said the bulk of the cotton grown in NSW had been on bore water this season, but with a good start to the year and a wetter outlook they were hopeful more water availability would lead to a significantly increased crop next season.

"We already believe there will be around 1.7 million bales worth of cotton planted on the water that's available at the moment and hopefully that keeps increasing."

He said the cold start, hot middle and cold, wet finish had been tough growing conditions, with the season one of the latest they've seen.

"In the Namoi Valley the final part is coming off as we speak," Mr Kay said.

Most prices for the crop currently being harvested are locked in and Mr Kay said next season's price offerings were at around $520 a bale, compared to $600-$620 offered in the 2018/2019 season.

"That's possibly just the impact of COVID-19 on the whole supply chain.

"Around the world there's been no shops open, that impacts right the way through to the spinning mill that's buying cotton from an Australian farmer. But, historically over $500 a bale is still considered a good price."