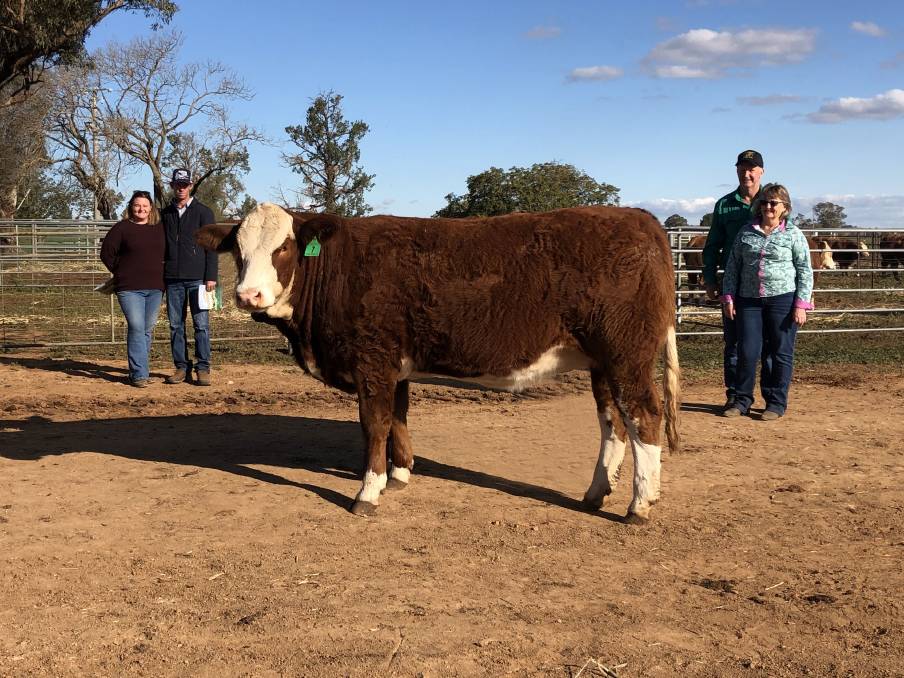 Ian Baldry said it was great to see the strong demand for females.

He said they aimed to breed early-maturing, easy-doing females with good structure.

The top priced heifer, Tennysonvale Profitabell, lived up to her name, selling to Katie and Michael Robinson of MKR Simmentals, Casino for $7500.

The Robsinsons bought five heifers in total and Ms Robinson said it was their first time buying from Tennysonvale.

"We're just starting out our stud, there was a really nice line of heifers here so we made the 1000km trek down," Ms Robinson said.

Mr Robinson said they were chasing heifers with good pigmentation and frames.

"We bought her sire for his length, I've never seen a bull with more length," Mr Baldry said.

Ms Robinson said they knew they were going to pay money for her, but she was worth it.

"She has beautiful pigment, she's got length and stretch and will breed good calves," she said.

Of the three bulls who sold for $6000, the first was Tennysonvale Peppermint, who was out of a first calving female and sold to Casino agents George and Fuhrmann Holdings.

The sale was interfaced by Elite Online, with 65 registered bidders, 137 viewers and 27 lots sold online.

It was conducted by Elders with Joe Wilks taking the bids.