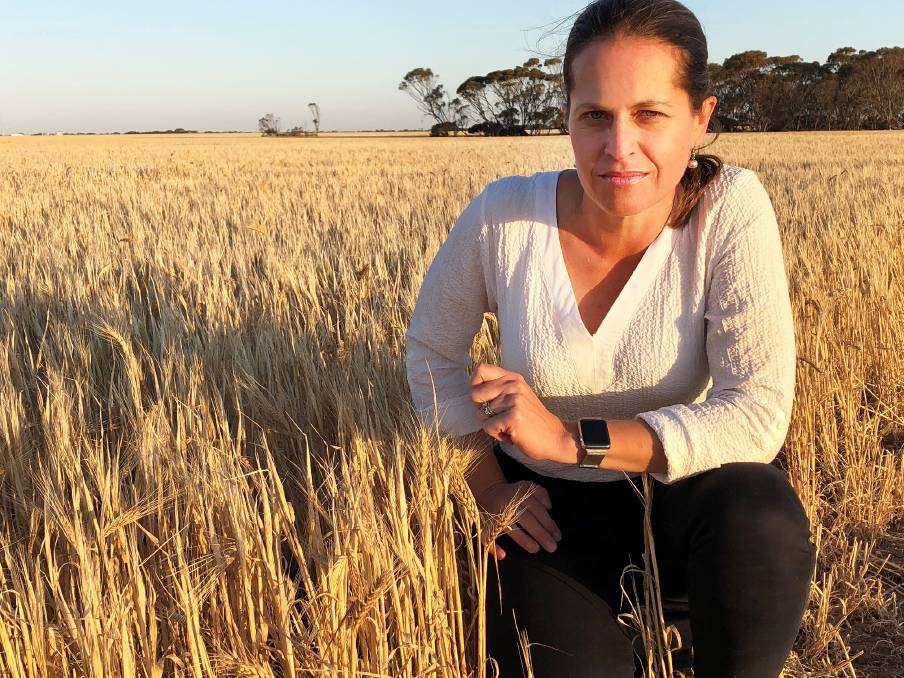 Rabobank is forecasting a massive 25pc year on year increase in area for this year's winter crop, based on better seasonal conditions.

She said timely autumn rainfall means virtually all the crop in the country was in on time and forecast a 22.5 million hectare plant, 12pc above the five-year average.

Within this, she said a wheat harvest of 26 million tonnes would a realistic target.

25m tonnes is traditionally considered the benchmark of an average Australian season.

Much of this improvement will occur in the previously-droughted cropping regions of the northern cropping belt, with New South Wales-planted area forecast to be up by a staggering 95 per cent and Queensland by 44 per cent, in spite of the dry conditions persisting in some areas.

Dr Kalisch Gordon said drought hit farmers were flocking to cropping to recoup their losses after the drought, drawn by its quick turnaround time and lower entry costs compared to other sectors such as livestock.

"There is an eagerness to 'make hay' while there is moisture around after drought and that combined with the high cost of the alternative of restocking livestock - has featured in farmers' decisions to expand their planted area in 2020/21," she said.

A more buoyant outlook for wheat than barley had prompted greater increases in wheat planted compared with last year and longer term averages.

While the renewed supply of Australian grain would see prices move down from the drought-driven highs of recent years, the Rabobank report said average prices are expected to "remain in sight", supported by an ongoing softer Australian dollar.

However, Tobin Gorey, Commonwealth Bank commodity analyst, cautioned that Australian farmers could not rely on a low dollar to help their export competitiveness.

He said recent weakness in the greenback and an upsurge in Chinese growth leading to demand for Australian iron ore meant the Aussie was now just 2 cents below pre COVID-19 levels at US68 cents.

This is a hefty 23 per cent rise off the March lows of US55 cents and will impact on the ability of the grains sector to compete against other exporters.

However, Dr Kalisch Gordon said she expected export volumes to rise should the forecast production eventuate.

Rabobank has issued a figure of wheat exports of 17.5m tonnes, which would be an increase of a whopping 110pc.

Even in barley, where all the talk has been about Chinese tariffs, Rabobank is expecting a 13pc increase in exports.

He said drought in Thailand meant it may need to buy more wheat and barley than usual which could present an opportunity for Australian grain exporters.

In terms of planting of individual crops, Dr Kalisch Gordon said she expected wheat plantings to rise by 33pc, while the good start to the year, favouring longer season crops such as canola, has seen the area sown to the oilseed likely to rise by 35pc while pulses are also up 36pc.