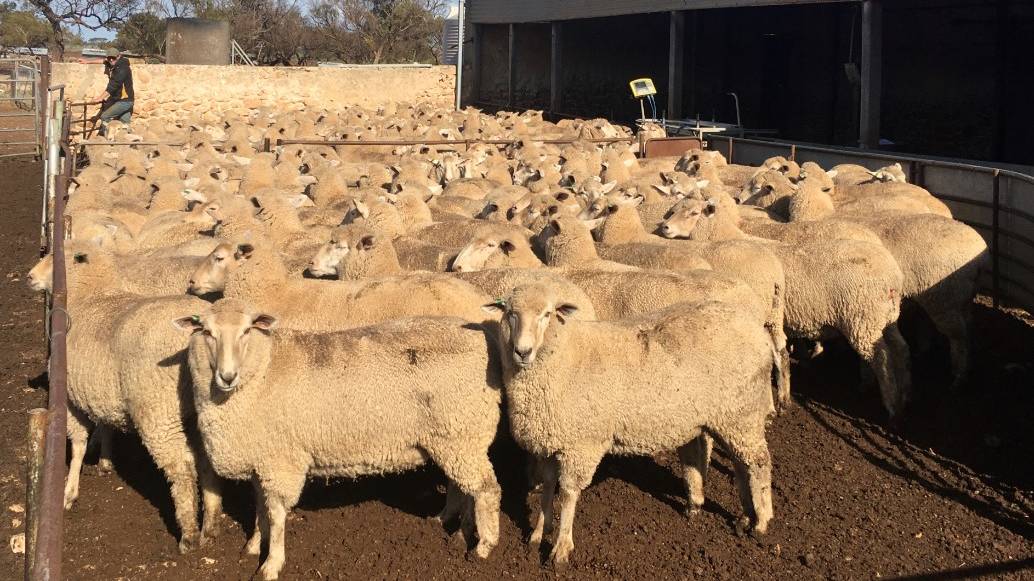 The 171 April/May 2019-drop Border Leicester-Merino ewes, which were in-lamb to Poll Dorset sires and due to lamb in August, surpassed the previous record of $446 set in May.

Mumfords' agent and Elders Minlaton branch manager Adam Pitt was absolutely thrilled with the result for the 82.1-kilogram ewes, which were February shorn and scanned in lamb at 172pc.

Many of them still had their lambs' teeth.

"We thought they may make $450, the sheep were 20kg heavier than those and they had done well for previous buyers so there was interest from at least three of them."

The ewes were sired by Glencorrie Border Leicester rams and out of large framed Mid North Merino ewes.