Nominate a community champion by July 31. The day before nominations closed last year for the 2020 Australian of the Year Awards, Donna McWilliam resolved to nominate an inspiring young man.

She'd followed his achievements since he was a student at the high school where she was deputy principal.

Her nominee, youth worker and police officer Will Smith, went on to be named Tasmania's 2020 Young Australian of the Year.

"Will kept coming to mind" whenever she saw the National Australia Day Council's advertisements asking "Do you know someone you could nominate?", Ms McWilliam recalled of her decision to put his name forward.

The nomination was anonymous, but Mr Smith soon figured out who had been singing his praises.

"She was the assistant principal at my school, so she never actually taught me," he said.

"But I did visit her office a few times. I haven't interacted with Donna much over the past 10 years. I'm so humbled and privileged to not only catch up with her, but to share the experience of the awards with her too. 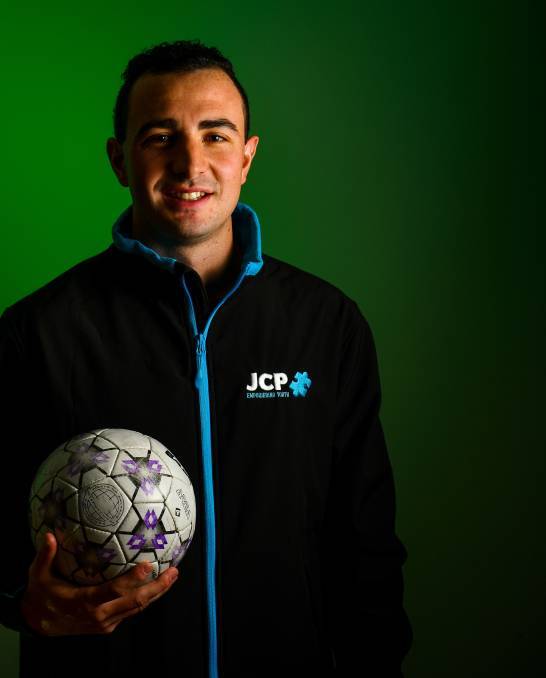 "It's nice to see that someone's following what you're doing because the whole purpose of what I do is trying to impact people."

Mr Smith is the director of JCP Youth, a company that works to improve the lives of at-risk youth through school- and community-based leadership coaching seminars and personal development and empowerment programs.

The Launceston police officer is also an organiser of Edmund Rice Camps Tasmania, which connects police officers to act as role models for vulnerable young people.

Last year he went to Syria to set up youth soccer teams in ISIS recruitment areas.

Ms McWilliam said people were eager to support her nomination of Mr Smith.

"They kept saying 'why has no one nominated Will before?'," she said. "I'd been following what he had been doing, and I just decided it was me who needed to do it." 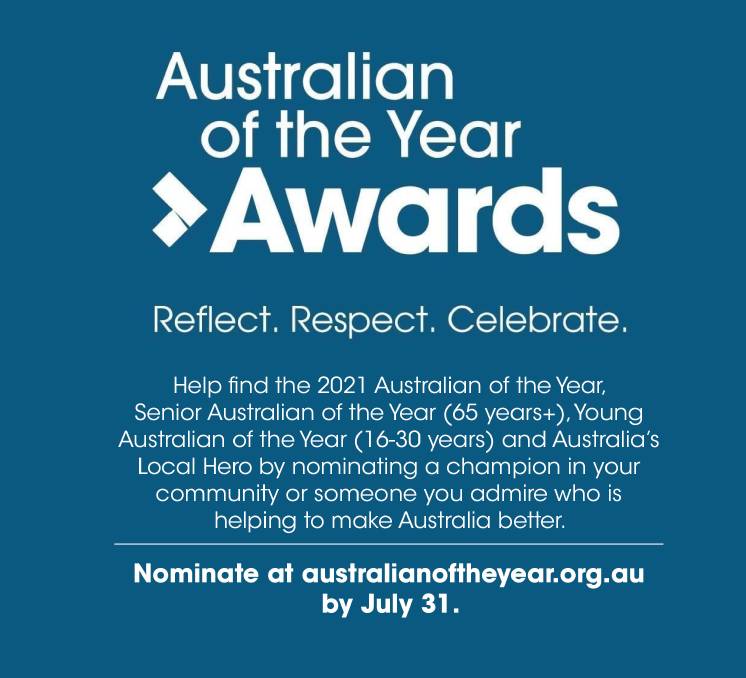 The pair are encouraging Australians to nominate someone they know for the 2021 awards.

"It's just been fabulous for people to see Will's story and for him to get that platform," Ms McWilliam said.

"I would encourage all of you to think about the stories of people and close to you or further removed. So I say - be that person for next year."

WHO WILL YOU NOMINATE?

They kept saying 'why has no one nominated Will before?' - Donna McWilliam

Sponsored by
University of Southern Queensland PhD student Fraser Border wins top national award for research in Agriculture.
Test
Wheat stubble or chaff alone does not provide sufficient metabolised energy to maintain sheep.
Test
Blayney Show again the annual pre-Sydney event for many livestock enthusiasts.
Test
Helicopter crashes soon after leaving Orange airport on Saturday afternoon.
Test
Everyone knows Tamworth is Australia's country music capital, but the title and associated branding could be up for the taking.
Test
Premier digit grass with a dash of bambatsi panic is doing wonders for Ross Dunkley's steers, fattening them at a fast rate.
Test
A new record top price for the stud.
Test
The lightest British bred calves are making the most money on a cents a kilogram basis with restocker demand in the Central West fueling the frenzy.
Test