The project at Calton Hills at Gunpowder, north of Mount Isa has been running for three years replicating land management that used to be done for centuries before Europeans arrived and a new video produced by Southern Gulf NRM is showing how it is working.

"This country here has a lot of large wildfires come through in 2011 and 2012 and the main reason for doing this project is to assist in the recovery of the Carpentaria grasswren which lives in the old age spinifex," Mr Blackman said.

"One of the problems when you have fires come through it is removes all their habitat at the hottest, driest time of the year and it has really impacted on the birds. When there is so much fuel and a big fire comes through it takes out everything. Wildlife doesn't just die in the fires, they die in the aftermath." 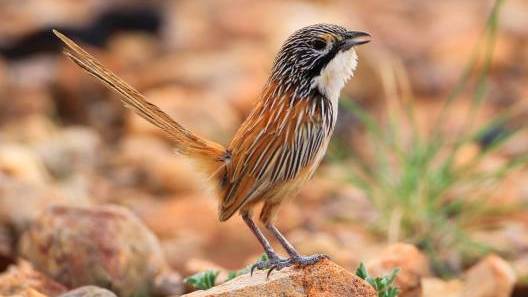 Outgoing Southern Gulf NRM CEO Andrew Maclean said it was a fabulous project and started when Graham Harrington and his team from Birdlife Queensland surveyed the area for the grasswren and found the population had substantially fallen.

"It was Graham's suggestion we establish a fire management project based on the Carpentaria grasswren," Mr Mclean said.

"We wanted to partner with Indigenous communities and we wanted that emphasis on threatened species so here at Calton Hills station owned by the Kalkadoon community we were able to design a project and put that to the Australain government who to their credit were happy to support us in our work."

Director of Calton Hills station William Donovan said that when the massive fires came through from near Hilton mine it burned nearly all their country out.

"You've got to do something about keeping your country otherwise you've got starving cattle," Mr Donovan said.

"Southern Gulf approached us and now we are on board with them and with property maps they are helping us with we can put better fencing in." 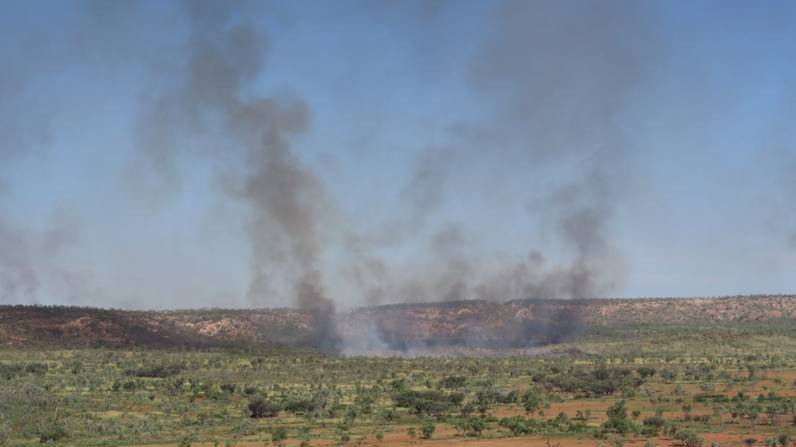 Mr Blackman said the three years of controlled burning had led to very good fire scars across the property.

"It is starting to break up that continuous fuel load into much smaller burn areas over many years so we don't have the same aged fuel throughout the property," he said.

"Timing is critical. We're doing burns after a certain amount of rain fairly early in the season so they are low intensity burns which trickle around and leaving large patches of unburned country within the burn perimeter which become very important wildlife refuges."

Mr Mclean said the project was attracting interest from nearby landholders

"That's one of the great dividends, the conservation of the grasswren is at the core of the project but it is also developing our skills, knowledge and confidence in reintroducing fire into this landscape by cattle producers that reduce large scale fires that threaten communities and grasslands," he said.