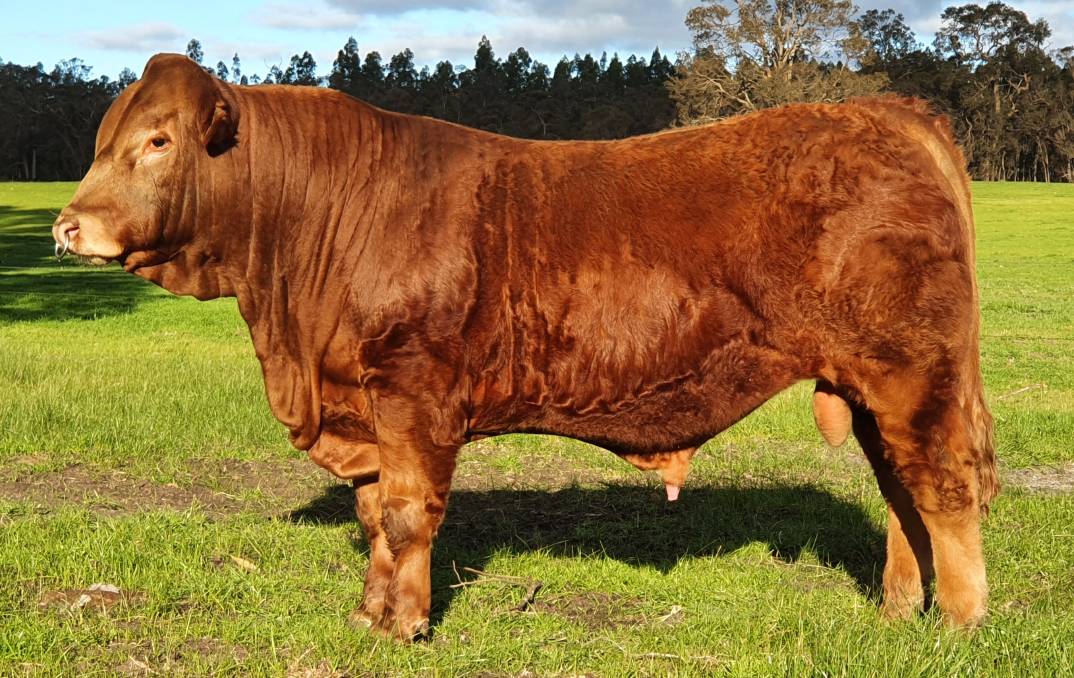 The event paid off for these WA entrants.

THIS month's Sire Shootout has proved to be a highly successful exercise for Morrisvale stud principals James and Casey Morris, Narrikup, Western Australia.

The Morris family entered Morrisvale Quad Runner in the online judging competition co-ordinated by Australian Community Media where he placed fifth in the European section of the competition.

But as a result Quad Runner's exposure in the Sire Shootout the Morris family have since sold it for $10,000 to the Coombe family, Cassalee Limousin stud, Camden.

Mr Morris said their plan was for Quad Runner to attend the Royal Queensland Show this year.

"Our plan was to take him there and market him but obviously with COVID-19 that plan was thrown out the window," Mr Morris said.

"We saw the Sire Shootout advertised and saw it as an opportunity to showcase him through the online judging competition. And the way it has turned out, it was well worth entering."

The Coombe family have admired the Morrisvale Limousin genetics for a number of years having shared a cattle lane with Morrisvale for a couple years at the Sydney Royal Easter Show.

Cassie Coombe said they had viewed videos of Quad Runner posted by the Morris family earlier in the year and admired the bull.

"Then we saw him again when we were watching the live stream judging of the Sire Shootout, which we loved," Ms Coombe said.

"When we were watching the livestream he stood out to us again so we contacted James and Casey and negotiated the sale.

Ms Coombe said it was Quad Runner's skin, length and structure which they admired the most.

"He has a lovely skin, has excellent length and structure for his young age," she said.

"These are the traits we are chasing to infuse into our female herd and we believe he has the potential to liftout our females.

"We have admired the Morrisvale stud at the Sydney show for a number of years, we see them as honest cattle and if they weren't doing their job they wouldn't be at Sydney."

The late February 2019-drop bull is the first son of the Canadian born Greenwood Curve Ball to be sold in Australia.

Mr Morris said they saw Curve Ball when they were in Canada five years ago and liked the bull as a sire and therefore decided to use its semen in an AI program once available in Australia.

"We have used him over our more powerful, well-muscled cows to add some fat cover and body. We are extremely happy with the progeny he has bred.

"We believe Quad Runner is an extremely structurally correct bull, which oozes softness while still retaining plenty of power.

"He stands over a lot of ground and comes from the dominant Eternal Flame female line in our stud that has produced three sires which we have sold to NSW and Victorian based studs in the past five years.

"His half sister (daughter of Curve Ball) placed second in the junior female interbreed judging at the 2019 Perth Royal Show at 13 months of age."

Quad Runner ranks in the top 10 per cent of the breed in Australia for all growth figures.