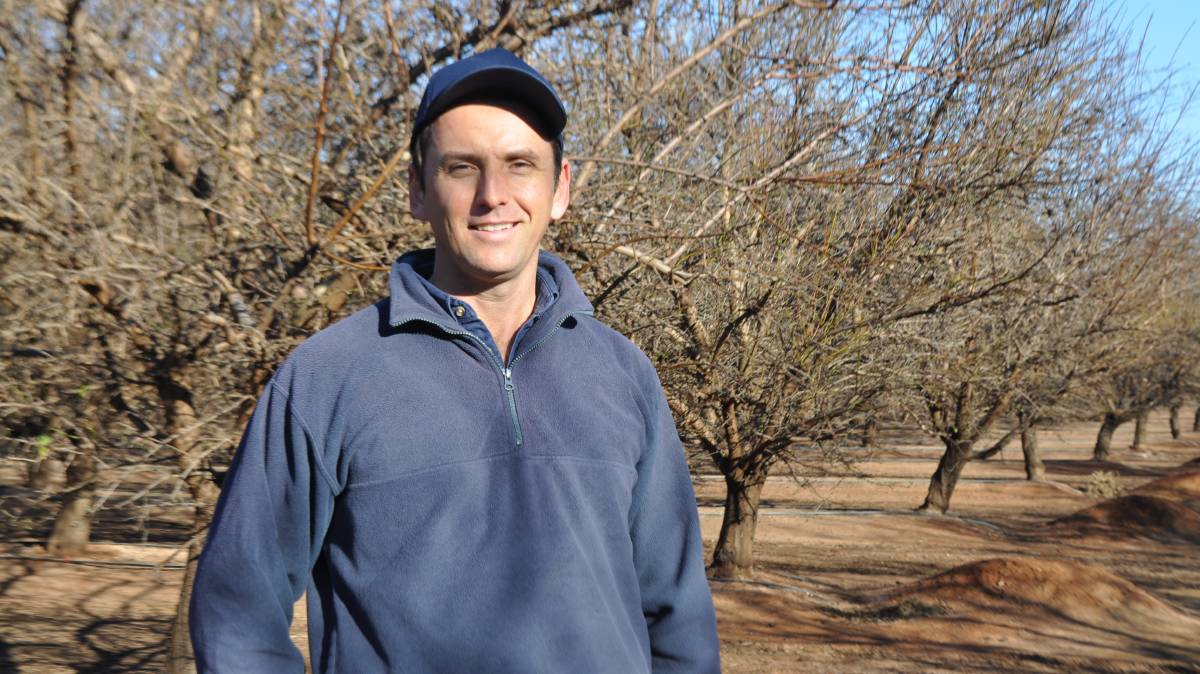 James Callipari, Griffith is a fourth-generation farmer. His 275 hectare almond orchard is one of Almondco's 20 family-owned orchards in the Riverina, which represent over 80pc of the Almondco grower members in the region.

Family farms make up a large portion of the almond industry.

Last year 104,437 tonnes of almonds were harvested in Australia, a new record and an increase of 31 per cent on production in 2018.

Corporate farms are largely responsible for the rapid growth and they produce most of the industry's tonnage.

However, they do not represent the whole picture, with family-owned farms playing a key role in the industry.

In Australia, 55pc of almond orchards are under 50 hectares, and of those, 55pc are family-owned.

Supplier Almondco receives almonds from just over 20 family owned orchards in the Riverina, representing over 80pc of the Almondco grower members in the region.

He said in the last five years almond prices had been elevated due to ongoing growth in demand creating a tight global supply scenario. However, in recent months the balance has shifted.

"In late July California will commence harvesting a new estimated record almond crop of 1.36 million metric tonnes of almond kernels, which coupled with the global pandemic has seen the international almond price decline by over 30pc," Mr Woolston said.

Almondco grower shareholder, James Callipari is a fourth-generation farmer in the Griffith district.

His family have grown everything from citrus to rice to grapes over the years, and in 2006 they purchased a 275 hectare property for almonds and melons.

"Since then my parents and I have moved out of the vegetables and have changed the farm up from row cropping to almonds," Mr Callipari said.

"Of all the crops we produce, almonds are by far the most technically challenging.

"Getting every aspect of growing the crop fine-tuned takes a lot of effort and we get a new opportunity each year to find the perfect "recipe".

"The vegetable markets were unreliable and they're a perishable product," he said.

But with almonds there is a longer lead time, trees only able to produce commercial yields five years after being planted.

Mr Callipari said they consistently use less than 11 megalitres per hectare of water on their trees, below the industry standard of 12 to 14ML/ha.

The orchard is in the Murrumbidgee Irrigation Area, and like many almond growers in the region they hold a mix of high security and general security water rights.

"Last year was a more difficult year, as it was for everybody, but we were able to get through ok, we didn't grow rice, or irrigate any wheat.

"That's how we manage it across the different irrigation properties, when water's tight we concentrate on the permanent plantings, in a year where there's more water available we'll look at those annual crops."

But, it's not only water availability which can be a challenge, sourcing bees for pollination is also a priority.

"It's getting more difficult to source hives," Mr Callipari said.

"There's plenty of hives available around the country, it's just encouraging participation in pollination that's the issue and there were some direct hive losses due to the bushfires.

"Although the bigger issue facing apiarists, particularly in NSW and VIC, is the loss of native floral resources which will take a few years at least to re-generate."

He said COVID-19 restrictions had made transportation of bee hives across state borders particularly difficult and the industry was working with government agencies to facilitate movements for the upcoming pollination season.

The Calliparis send their almonds to Almondco's recently opened hulling and shelling facility at nearby Hanwood.

"We're very lucky to have that so close by," Mr Callipari said.

"Previously, we were having to freight across to the Riverland where their other primary processing facility is.

"Being part of Almondco allows us to concentrate on the business of producing a high quality product rather than processing and marketing."