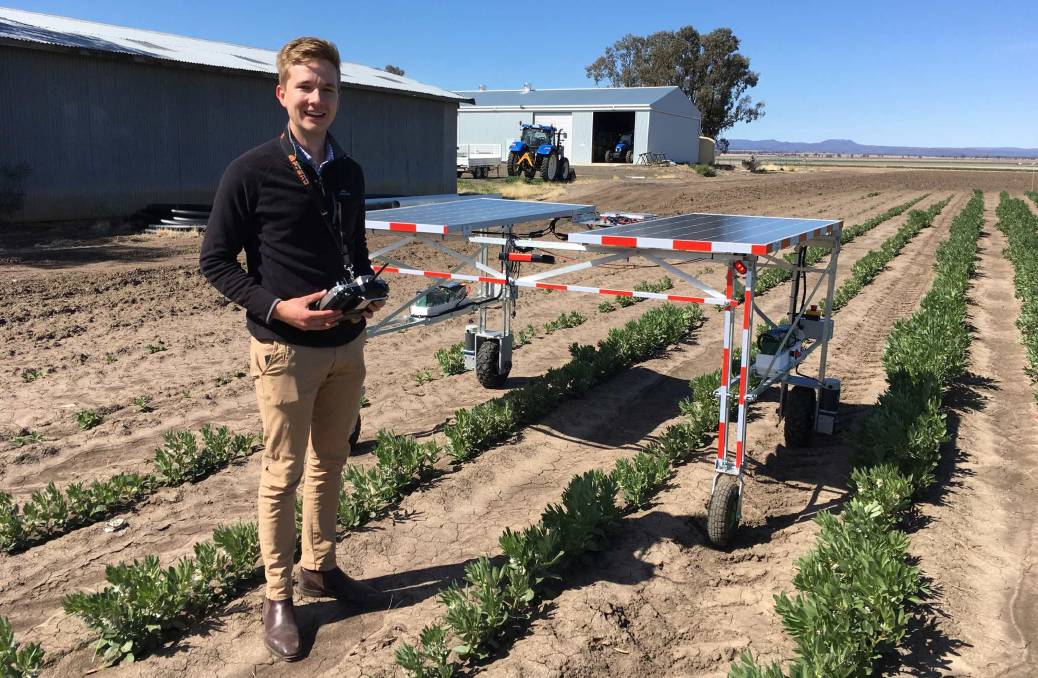 AgriEducate was started back in 2016 by Guy Coleman who wanted to encourage other people to recognise the benefits of agriculture.

University students around the country are being encouraged to think about how they could contribute to overcoming a major issue affecting agriculture or food security in their region.

UNIVERSITY students around the country are being encouraged to think about how they could contribute to overcoming a major issue affecting agriculture or food security in their region.

The question is being posed by AgriEducate as part of the organisation's annual essay competition, which invites tertiary students completing an undergraduate or postgraduate degree to write 1500 words on the question and submit it under one of four categories.

AgriEducate essay competition co-ordinator Nicole McDonald said in the context of the coronavirus pandemic, people have been thinking more about food security given all the panic buying and it's given agriculture a unique position to get people thinking about where their food comes from.

"We wanted people who may not have engaged with agriculture already to explore some of the challenges ag faces and how they might be able to contribute an idea or a solution to solving those problems," Ms McDonald said.

"The idea is to highlight the multidisciplinary nature of agriculture and that it really needs all different sorts of skill sets and knowledge bases to meet some of the challenges we're facing and ensure we do have a food secure future.

"My background is in psychology and if you asked me five years ago if I would be working in agriculture I would have laughed, but I've found a purposeful and meaningful career."

AgriEducate itself was started in 2016 by Guy Coleman, a farmer's son from Esperance turned precision weed control scientist who wanted to tell his own story about why he decided to go into agriculture instead of studying medicine.

"I wanted to encourage other people to recognise the benefits of agriculture and it started out more passive with people submitting pieces of writing and just engaging on Twitter, but I found we were always engaging with a similar audience," Mr Coleman said.

"The essay competition is in its third year and developed out of a desire to make AgriEducate more of an active engagement platform.

"I thought having people use their current degrees and put it towards a greater problem such as food security would encourage them to actively engage with agriculture in a way they might not have before."

Monetary prizes are up for grabs in each of the four categories, with the first prize worth $700, second $200 and third $100.

Bailiwick Legal, Swarm Farms and Rural Affinity have signed on as category sponsors, while the Crawford Fund are the careers conversation partner.

The place getters in each category will be given the opportunity to sit down with the Crawford Fund and have a chat about how they could pursue global opportunities in agriculture with their skillsets.

"We didn't want it to just be about money, we wanted it to be about connecting people into agriculture so they have some ideas of next steps if they've had their interest peaked," Ms McDonald said.

Submissions close on Monday, August 31, and the winners will be announced on National Agriculture Day in November.