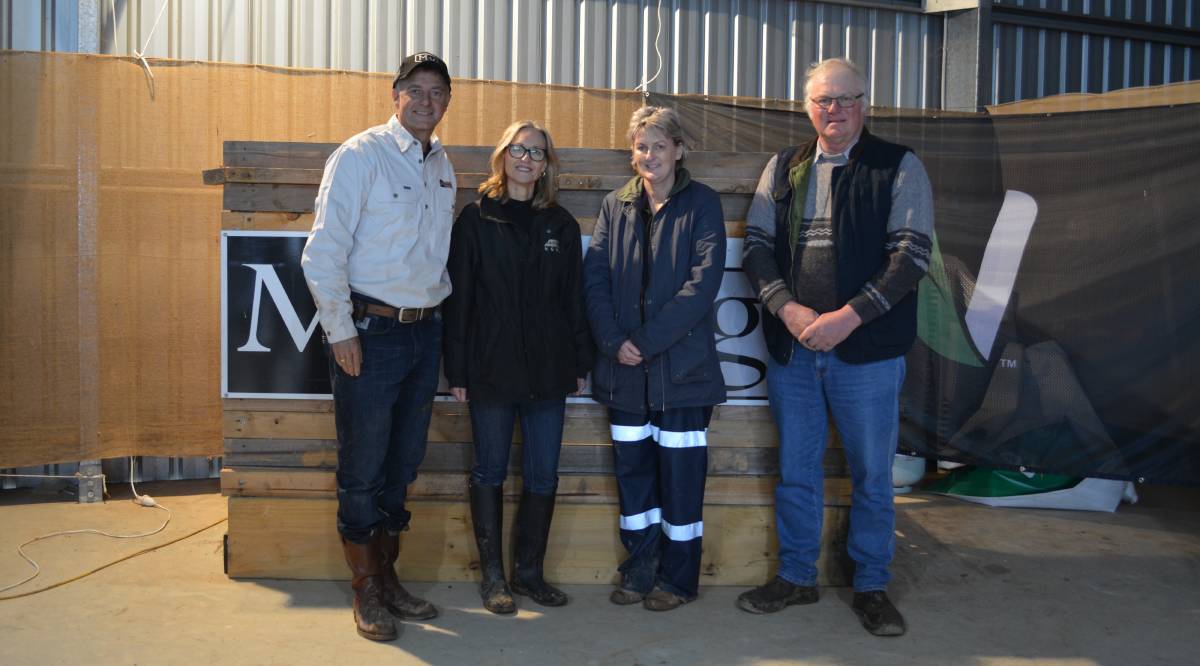 All but one bull sold at Myanga Angus bull sale held on-property at Moondance, Chatsbury.

HEAVY rainfalls greeted buyers at the 19th annual Myanga Angus annual bull sale on Saturday, where all but one bull was sold of the 44 on offer to return a $7546 average and $13,500 top for stud principals Stephen and Sally Dunne.

Numbers have halved for Ms Richens who was running around 150 to 160 cows before the drought as part of a self-replacing pure Angus herd.

Operating across properties at Rankins Springs and Thuddungra, Ms Richens along with Edward Aston of Redlands, Thuddungra, target the bullock market.

Generally cattle are grown out to around 650kg and are finished on grass, or a combination of grass and grain when necessary.

"Three weeks ago we sold steers through Wagga (Wagga saleyards) that returned $2580 a head," he said. 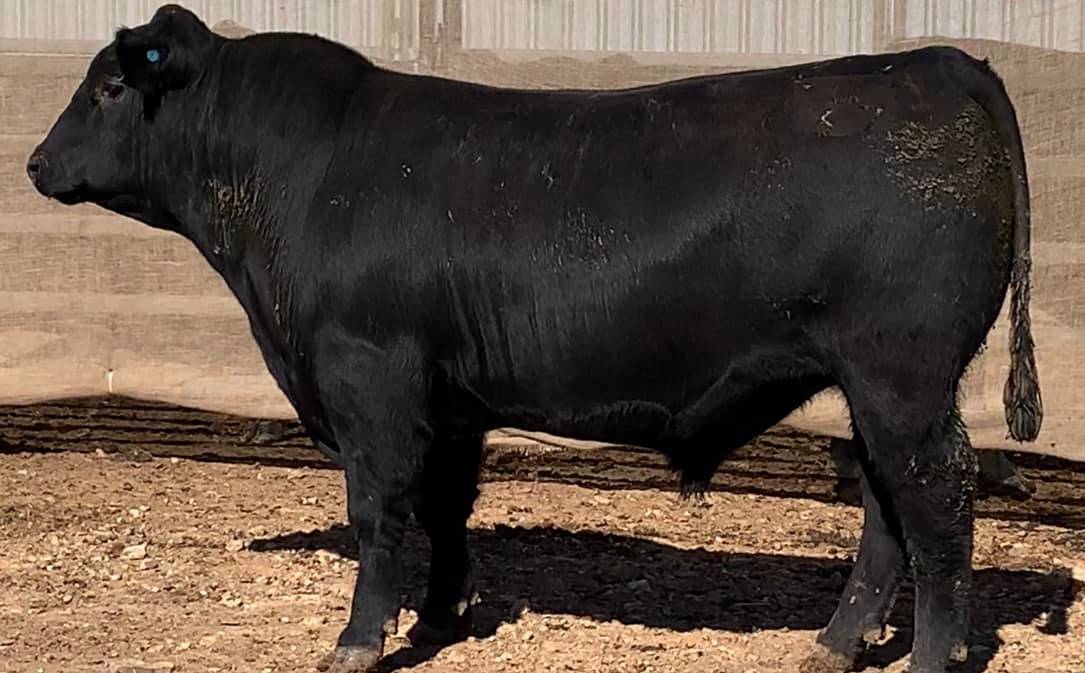 With growth figures in the top 10pc of the breed, the 14-month-old son of Gilmandyke Klooney M405 and Myanga Wilcoola K80 weighed 782 kilograms and was selected for his size, weight for age and muscle shape in the hind quarter.

"We also purchased a Myanga bull from the (inaugural Riverina) Autumn bull sale (in March)," he said.

Mr Aston also bought Myanga Grassrange Q30, a son of Hardhat GM Grass Range Y21 J518 that is in the top 3pc of the breed for eye muscle area and retail beef yield, for $8000.

By US sire Musgrave Mediator and from Myanga Milly M5, a daughter of EF Complement 8088, the rising 24-month-old weighed 820kg and was described by the vendors as a star lot, with EBVs in the top 10pc for birth weight, calving ease, milk and net-feed intake.

Picking up two bulls to use over their purebred commercial herd of around 1200 Angus females that run across six properties, owner Lee Macarthur-Onslow and manager Roger Robertson, Kippilaw via Goulburn, were chasing good thick carcase bulls with EBVs just right.

"We aim to wean calves at 300kg comfortably, and lately have been putting a little extra on them to utilise the winter feed we have (getting them over 400kg).

Recently they sold steers at Yass weighing 403kg on average for $1783 a head.

Running a self-replacing herd, Mr Robertson and Mr Macarthur-Onslow only retain a small percentage of heifer calves with a focus on improving the maternal lines within their program.

"We select pretty hard on our replacements, but at the moment we're putting aside a few more heifers than normal," Mr Robertson said.

Goulburn based Ventoria Pty Ltd selected two sires to add to their bull battery including the $11,000 third top-priced bull Myanga Presso P55, a son of EF Complement 8088. They average $9500 across their purchases.

Selling agents were Nutrien Goulburn with Tim Woodham, Wagga Wagga, as the auctioneer.

Sponsored by
SFF MP Roy Butler is among those calling for a new radar for the state's Far West.
Test
Crutching time will be crunch time for getting shearers
Test
Wind is simply the atmosphere trying to restore equilibrium when too much pressure builds up in one area and much lower pressure develops somewhere nearby.
Test
Part Two of the inquiry into the NSW government's dam projects has been released.
Test
Get the jab and get on with our lives!
Test
Processors claim they're not making any money from cattle due to the sky-high prices.
Test
Tullibigeal-based agronomist recognised.
Test
The latest COVID-19 border scare has resulted in the premature closure of a livestock treatment facility at Kirra, on the Queensland border.
Test