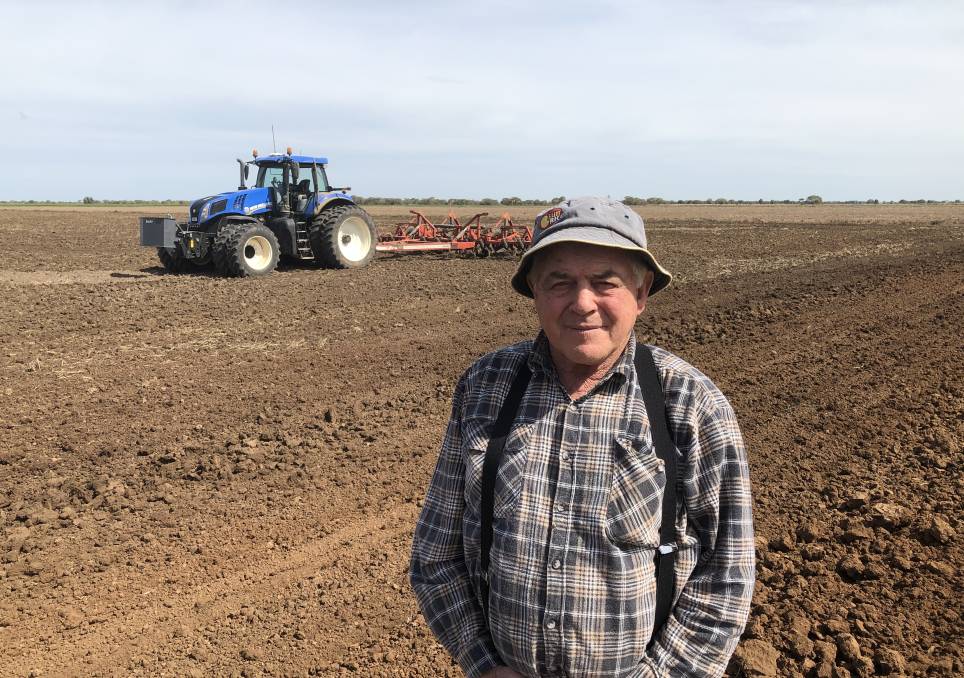 Sweeping changes to the Murray-Darling Basin Plan have been welcomed by Griffith, NSW, irrigators.

Sweeping changes to the Murray-Darling Basin Plan have been welcomed by Griffith, NSW, irrigators.

Federal Water Minister Keith Pitt announced changes which would see Murray-Darling Basin Authority staff combined with the Basin Inspector-General's office which would focus on compliance, and an end to water buybacks.

Ricegrower John Bonetti says now is the time to focus on food security and for agriculture to help restart the nation's economy.

"It's a welcome change, let's get back to farming," Mr Bonetti said.

"Coronavirus has proved how much the world can be wrecked when everything stops.

"Irrigated agriculture can help get the country's economy going.

"We're going to run out of rice by Christmas, other countries have stopped exporting their rice.

"We can provide food security when we have the water."

Mr Bonetti said strong regulations were needed in the Basin for all water users.

"Most people do the right thing, but for the one person who does the wrong thing, they need to come down on them like a tonne of bricks," he said.

"We all have to wear the consequences of their actions."

He said people working around compliance should have local knowledge and an understanding of commodity prices.

"It's making sure the water is being used in the right places and for the right reasons."

"If they kept taking all the water they planned to from farmers, you might have to wonder where your next feed would come from," he said.

Mr Battistel said the success of the new regulations rested in the promise to focus on water efficiency.

"The environmental water they do have needs to be managed more efficiently, and the latest technology allows for that, so that they set the best examples for farmers who then can follow in their footsteps to efficiently manage their own water," he said.

"At this stage, a lot of water is wasted still and there are options available on how to improve overall water efficiency across the board that now needs to be focused on."

As the debate continues between the environment and farming productivity, Mr Battistel said the change would foster a good balance.

"No one wants to lose the environment, but we need that balance between wanting to look at green trees and wanting green food as well," he said.

Member for Murray Helen Dalton was excited to hear the news of no further water buybacks.

"I've campaigned for three years to end buybacks, so this announcement is a huge win," Mrs Dalton said.

"Losing water has destroyed our communities, we can't afford to have more taken away."

Mrs Dalton said she would continue to fight for a royal commission.

"Splitting the MDBA seems a good move. You shouldn't be marking your own homework," she said.

"It's now urgent that government address the massive unmeasured, unregulated water take in the northern basin to ensure our communities and rivers remain healthy."

Griffith mayor John Dal Broi welcomed the changes, especially the end of water buybacks which he said loomed over the region's irrigators.

"If these changes can remove some of the uncertainty of the Murray-Darling Basin Plan that would be excellent," Councillor Dal Broi said.

"For irrigators, water users and the environment, at least we would have certainty going forward."

Cr Dal Broi said it was good news but was keen to get further details on the changes.

"Buyback is a blunt instrument that hurts communities and any further recovery should only be taken through water savings projects and infrastructure upgrades," he said.

"Investment in infrastructure programs supports communities and will enable us to continue to be as efficient as possible and improve our water management."

Mr Jones said that MI had always, and will continue to, support the "triple bottom line outcomes" of the Murray-Darling Basin Plan.

"We all want healthy rivers, healthy communities and a continuing capacity to produce food and fibre for the nation," he said.

"The best way of achieving this is by implementing the Plan and getting on with the SDL projects that will provide over 600GL of benefit to the environment."

The story Changes to future of Basin Plan welcomed by irrigators first appeared on The Area News.