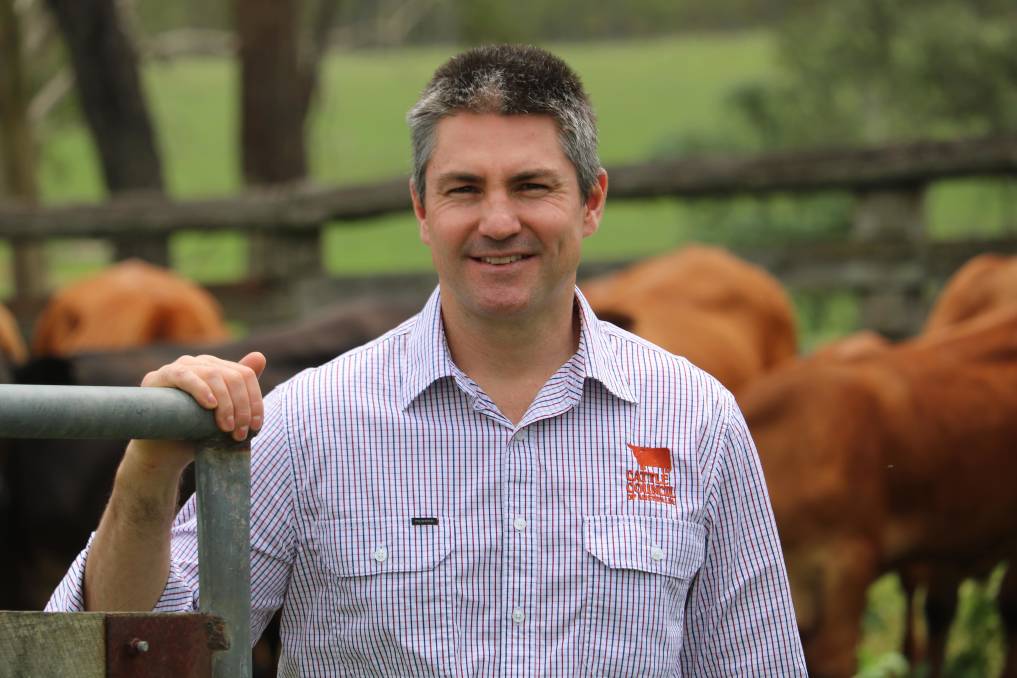 Cattle Council of Australia CEO Travis Tobin says Australian beef customers should rest assured they can trust the product coming out of this country. Photo: Supplied

Australian beef production can be good for the planet.

I know there's a lot to sort through out there, and the detractors of our industry are saying the opposite, but we are uniquely positioned to be part of the climate solution, and one of the few industries that can make its product carbon neutral well before it reaches the customer.

Red meat and livestock industries set an ambitious target to be carbon-neutral by 2030 - well ahead of other industries in Australia.

The beef industry is investing millions every year from producer levies in new techniques and technologies that can help us cut greenhouse gasses and chart a pathway to be net zero in 10 years time.

On the research front, this has included the development of feed additives that naturally cut the production of methane in the gut of cattle and reduce their emissions by more than 80 per cent, improvements in animal genetics and pastures, and emissions avoidance and sequestration.

And policy analysis to ensure we get the right settings in place to guide investment and adoption.

With cattle production occurring on over 43 per cent of Australia's landmass, the next challenge is further adapting advancements into our various production systems.

The latest numbers reported greenhouse gas emissions had fallen by nearly 57 per cent since 2005, tree cover on agricultural land has increased, and 62.5 per cent of cattle grazing land is being managed to produce improved environmental outcomes.

This all contributes to improving our native biodiversity.

Cattle producers work to control feral animals such as wild cats and dogs.

This not only keeps calves safe, but also a vast number of native animals, including endangered species such as bilbies and the Carnaby's black cockatoo.

We are protecting important habitat.

While some beef producers do clear land, this is generally for maintenance of land already in production for agriculture.

Clearing scrub and weeds does not have a significant impact on the environment, but the ongoing increase in real forest cover on our land has a big benefit to biodiversity.

And for all the hype surrounding land clearing in Queensland, the fact is that clearing of remnant vegetation for pasture and/or grazing purposes has never been within the definition of high-value agriculture under previous or current legislation.

The Framework will become an increasingly important tool as we head to carbon neutrality.

It has been set up as an independent, transparent and credible measure capable of tracking our sustainability achievements using the best available science at the time from world-leading organisations.

For example, it uses satellite images from NASA and the European Space Agency, and the independent analysis of Geoscience Australia; CSIRO and Cibo Labs measure our goals against that data.

This is then reported to industry and the public.

We should also never lose sight of the fact that more than 820 million people are currently experiencing food insecurity, a number that will grow as further increases in the world's population put an even greater strain on the food chain.

Our industry is also a leader in this humanitarian challenge, exporting about 75 per cent of production every year to up to 100 countries.

Australia's beef industry is working hard to meet community expectations when it comes to sustainability.

We are uniquely positioned to provide environmentally sustainable red meat to customers both at home and overseas.

We take our role to improve biodiversity and our carbon footprint seriously.

We've made good progress so far, and we're committed to continuing along that path.

Our producers should take pride in the work they are doing, and our customers should rest assured they can trust Aussie beef.