For many farmers, in long periods of dry weather it is possible to undertake quite a few measures to minimise their impact and conserve soil moisture. 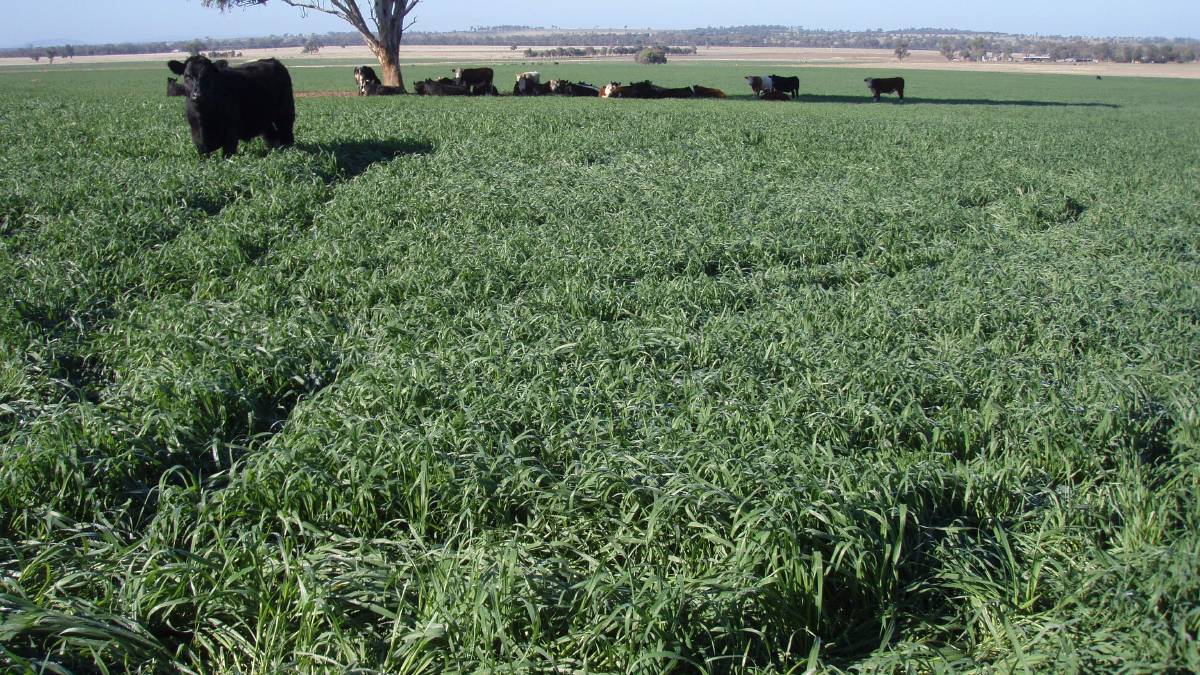 Dual purpose oats mid May 2019, in the worst time of the drought, providing valuable grazing. Conserving rain from the odd summer rain event, plus sowing in early March on a minimal rain event were critical factors.

We all appreciate that only rain can break a drought or protracted dry period. But for many long periods of dry weather it is possible to undertake quite a few measures to minimise their impact. Storing soil water prior to cropping, for example from a summer storm event, pasture types to use water when it falls, species that hang on longer into dry times, timely fallow weed control, stubble retention and moisture seeking sowing can all help shorten dry period impacts.

It is not always common on many farms, even districts, to conserve soil water in a fallow prior to sowing winter dual purpose or fodder crops. But it is almost universal to conserve fallow moisture for grain only ones. Yet the biggest contrasts in grazing production, from an early sown late February early March crops during the three dry autumn winter and springs of 2017 to 2019 were related to stored soil water.

Yeoval/Tomingley farmers check tropical grass pasture in March, 2019 that rapidly responded to an odd storm during the protracted drought.

In many areas 2019 was a good example. Despite often the driest year since records have been kept, I witnessed many examples of relatively good winter grazing compared to almost or total failures. Note I am more than aware that some areas were so dry that there was little if any fallow rainfall to conserve. But for many that was not entirely the case. The point is that if opportunities occur to conserve fallow water, more times than not it will be the difference between useful winter feed and no feed.

Good levels of stored fallow moisture is dependent on two key factors. At least useful levels of stubble or prior to fallow pasture cover to hold rainfall and allow it to soak in. Also early control of fallow herbage to prevent it from using any stored soil water. Livestock grazing fallows are mainly not efficient at storing water. 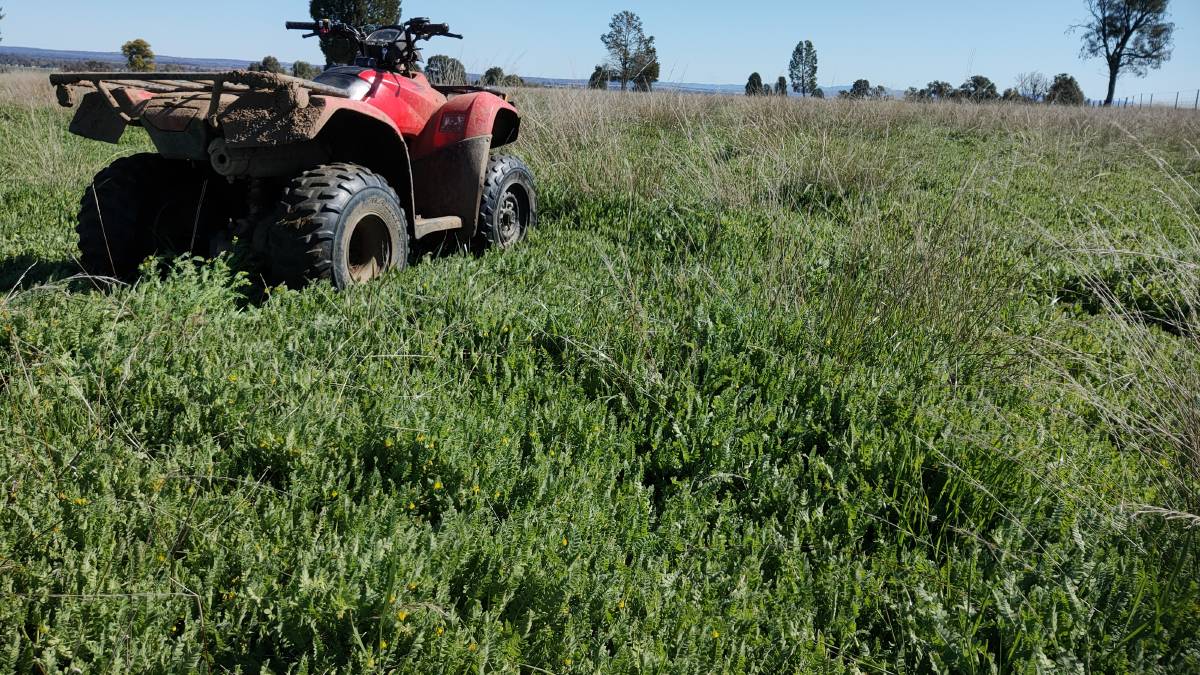 Winter legumes with good to high levels of hard seed, like this King serradella stand in late August this year, have re-established well since the drought broke.

We often experience an "out of the blue" rain during a drought, especially after winter crops have finished or failed and when winter pastures have died off or gone dormant. This often occurred through the past drought. Hence the rain produced little feed. Yet tropical grasses, like Premier digit, provided quick feed from these events, especially on lighter medium textured soils. On light falls growth may not have continued long but even dried off it was good value.

Most valuable has been persistence of tropical grass pastures through the drought and their ability to regrow when rain did fall and the drought finally broke. Variety and species selection are important for their long term persistence as well as pre drought and during drought grazing management.

Some newer legume species, like serradella, biserrula and arrowleaf clover have faster developing root systems than species like sub clover and medic. They also commonly had ability to hang on longer into extended drought. In our own case last year sub clover mainly totally died off before flowering in July. In contrast serradella, mainly King and Elgara varieties, despite the dry, managed to survive long enough to provide useful late winter feed plus flower and set some seed.

Another important survival aspect of legumes is varieties with good levels of hard seed. A hard seeded early maturing sub clover, Dalkeith, commonly regenerated well in 2020 despite often next to no seed set in the previous three years. The same goes for appropriate maturing serradella, biserrula, arrowleaf, gland and barrel medic varieties.

Crop sowing deeper into the soil profile, provided sufficient sub soil moisture exists, has also been a benefit to establish crops more or less on time, despite dry conditions around sowing time. This applies both to dual purpose, grazing only and grain varieties. Sometimes termed "furrow sowing", of blading-off soil over the seed row, and wider sowing rows to chase good sub soil moisture and place seed into it but with not an inordinate depth of dry soil to emerge through.

Some crop varieties can tolerate deep sowing better than others, for example cereals with longer coleoptiles. There are some risks with deep sowing, such as storm rains melting dry soil over the furrow where seed is placed. Forecasts for clear conditions into the foreseeable future can help with this decision. Deep sowing can be the difference between getting a crop sown on time verses missing the sowing window.