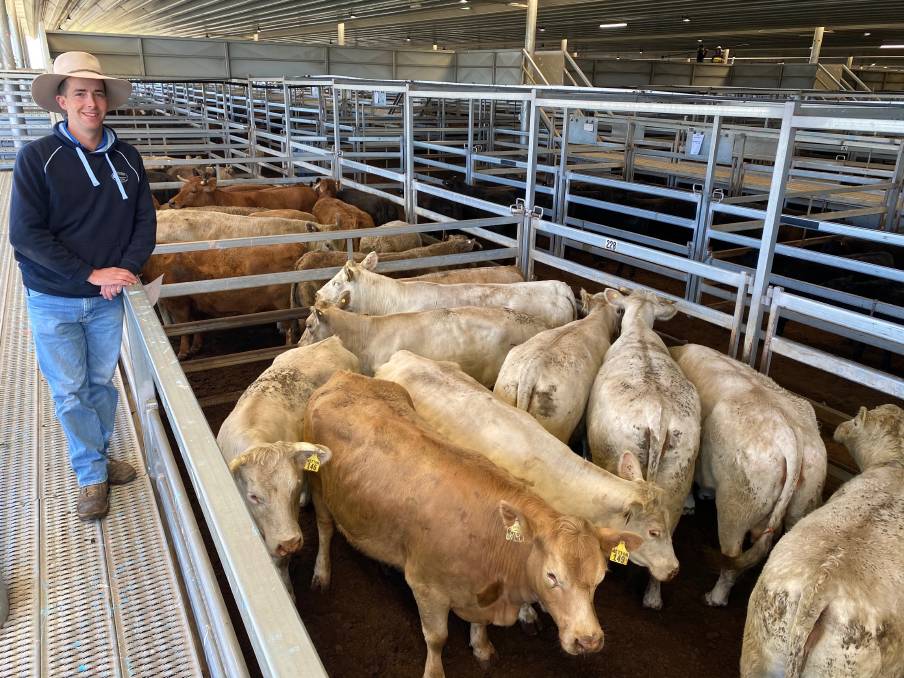 In just a matter of months some categories of stock have doubled in price and there's no sign of the price hike easing.

"It's coming to the point that if there's no cattle in the paddock and if putting them there is what you want to do, then that's the price."

Mr Lehman said disruptions to meat processing in Queensland and Victoria had little impact on recent prices, with cows making 289c/kg at last Tuesday's prime sale at Inverell. This week those prime prices softened but only by 5c/kg.

At Inverell store sale last Thursday cows with calves topped at $2500, at Singleton last Friday they hit $2700 while at Carcoar on the same day bids climbed as high as $3025 a unit.

It's not just the breeding stock forging ahead in value. Young Angus steers sold on FarmGate Auctions topped at 629.75 cents a kilogram last Friday, while on AuctionsPlus steers less than 200kg sold from 487c/kg to 557c/kg to average 522c/kg.

"The prime markets have also remained strong which is holding up the store sales," Mr Schubert said.

He said online bidding was playing a growing role in store sales. About $484,000 worth of cattle was sold online via StockLive at the Wodonga store sale last Thursday which was a record for the online site. The 280 online bids represented 35 per cent of the sale.

"Online purchasing is something that's been strengthening with each sale while we've been in restricted conditions and it will be something that will continue even after restrictions lift, which is great for opening the sale up to a broader buying market," he said.

Peter Ruaro of Peter Ruaro Livestock said the lack of numbers and good season had led to a perfect storm.

"There doesn't appear to be any great depth in numbers of restocker cattle, no one's in a hurry to move them anyway, while they're putting on weight, they're content," Mr Ruaro said.

"The crops all look well so people are expecting some reasonable returns out of them, if all continues on its merry way demand should stay solid for the foreseeable future."

Mr Ruaro said restockers had realised if they don't buy now they would just be purchasing heavier cattle later.

"They might as well put the condition on themselves," Mr Ruaro said.