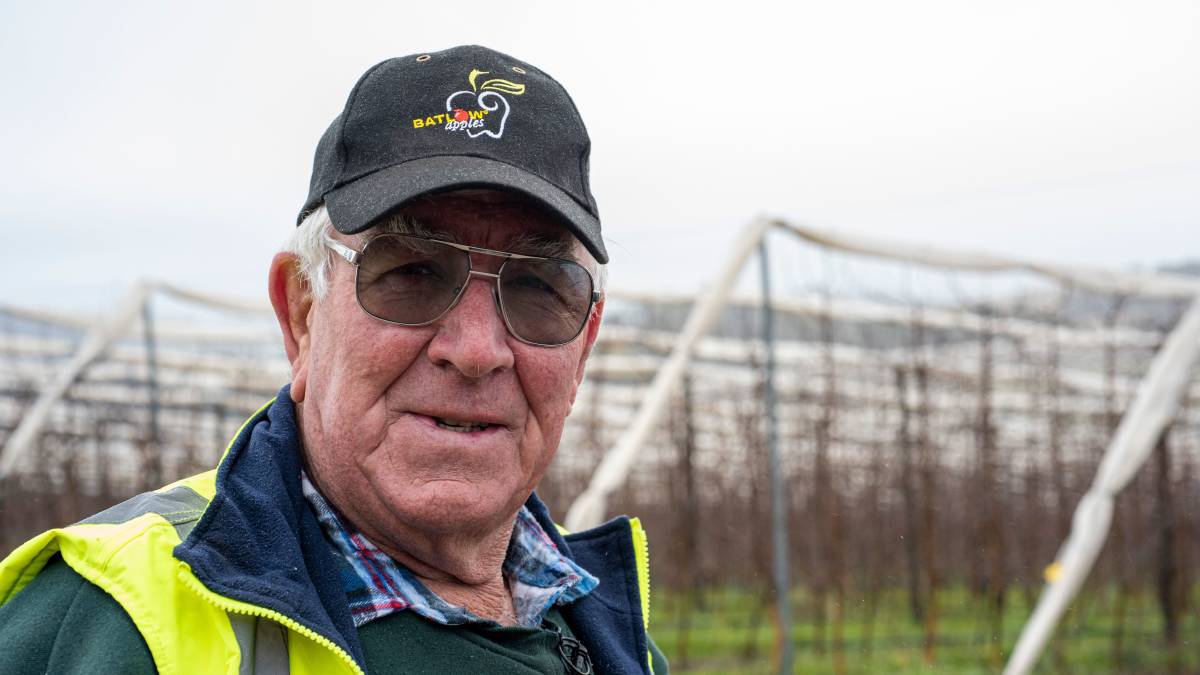 2020 Lifetime Achiever Batlow orchardist John Robson was recognised for his lifelong support for the Batlow apple industry, and for research and innovation. Photo: APAL

Apple and Pear Australia Limited (APAL), Australia's peak body representing Australia's $600 million apple and pear industry, celebrates the outstanding achievements of seven of the industry's most innovative and inspirational members in the 2020 APAL Awards for Excellence.

Among those recognised was 2020 Lifetime Achiever Batlow orchardist John Robson for his lifelong support for the Batlow apple industry, and for research and innovation.

Mr Robson's name is synonymous with apple growing in Batlow, and his passion for innovation and willingness to embrace new ideas is a constant in his fifty-year plus commitment to industry improvement, research collaboration, variety evaluation and the Batlow community which is honoured in the 2020 Lifetime Achievement award.

Throughout that time, Mr Robson and his family have been supportive long-term commercial collaborators in research with both NSW DPI and CSIRO, hosting trials and evaluation sites, acting as Future Orchards focus orchard and always open to sharing knowledge and furthering industry progression.

"He is a quiet achiever who has always had the greater good of the industry at heart and has made many contributions to the local and broader industry over the years," say those who have worked with and known him over the years.

A third-generation grower, Mr Robson's orcharding career got off to a bit of a rocky start when the family orchard and farm was sold in his first year at Yanco Agricultural High School.

"Christmas Day 1956 was the worst hailstorm I can ever remember and that changed things for my family and in 1959 the farm was sold," he said.

A permanent role followed and in 1968 John, his father, Jack Faulkner and Bunny Brown bought a half share of HV Smith's Mount View (Batlow) business and set about the process of development and research collaboration that continues today.

"Our gate has always been open to researchers wanting to come in and do a project," Mr Robson said. "We have worked with a lot of people from Dept of Ag, including Lionel Boorman, Jill Campbell, Col Bower, Les Penrose, Graham Thwaite and Ron Gordon and CSIRO's Les Readshaw.

"The APAL Awards for Excellence recognise the tremendous contribution of each and every award recipient, and are a wonderful reflection on the apple and pear industry's progress, innovation and its people," APAL CEO Phil Turnbull said.

"The awards are especially important in connecting our industry this year given the trying circumstances which we're all dealing with."