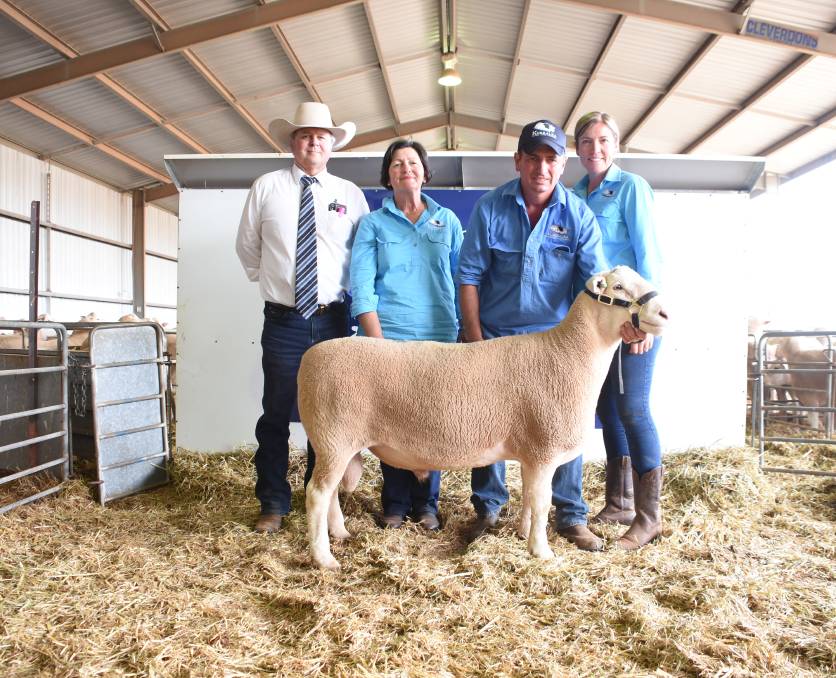 Kurralea broke yet another record during their 23rd annual sale on Tuesday, this time for a new personal best White Suffolk ram price of $20,000 paid by Victorian stud, Janmac Poll Dorset and White Suffolk.

This year's record came early in the White Suffolk portion where all 13 stud rams sold to average $4712, a massive $3064 up on last year.

Grant and Bryce Hausler, Janmac Poll Dorset and White Suffolk stud, Goroke, Victoria had been purchasing from Kurralea for more than 20 years but this year was a little different with border restrictions.

"Our long standing relationship and trust with the Prentice family and the combination of videos, photos, conversations with Ben and the homework that went into this purchase made it a little easier but it was certainly not a lightly taken decision given we couldn't physically see him," Grant Hausler said. 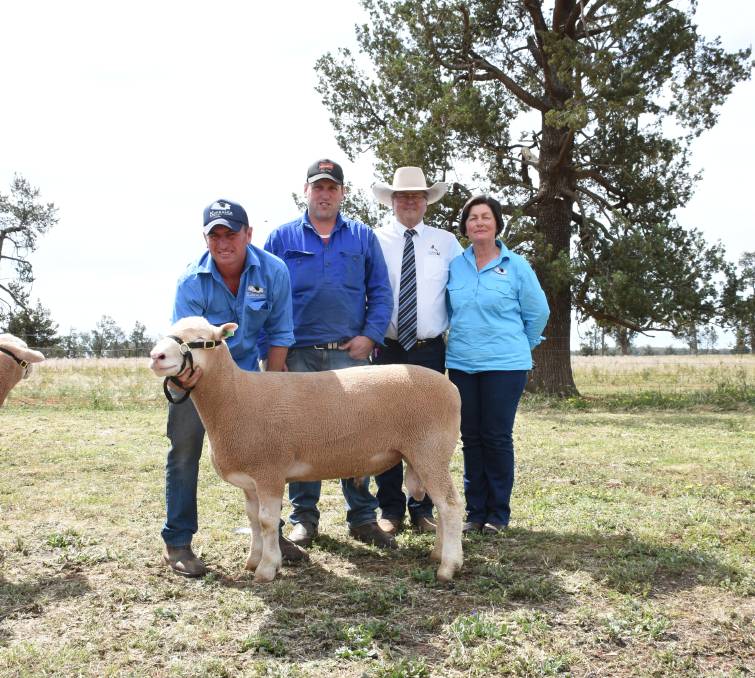 "The ram has an outstanding background with his extreme breeding index, powerful confirmation, the combination of both within this ram was a standout for us.

"He has extremely high growth and is also a visually appearing ram and will be used within the stud."

It comes as the stud prepares for their on-property sale next week.

"We are hoping that with the purchase of this ram it will help take us to the next level in years to come," Mr Hausler said.

"We are continually striving to breed the best sheep we can and purchase rams that will help take us forward."

Also going off to stud duties was the second top price White Suffolk ram Kurralea 142-19 who was purchased by Conapaira White Suffolks, Rankin Springs, for $8000.

Buyer Andrew Hiscock said he was an overall correct ram, clean in all his points and was a little younger.

"We believe he will grow into a nice ram over the years," he said.

Australian Food and Agriculture livestock general manager Justin Campbell again set the pace on the flock rams buying a total of 85 rams from both the White Suffolk and Poll Dorset drafts to average $1636.

Mr Campbell returned to Kurralea every year because of the depth of quality rams on offer.

"The rams grow out well on the plains and this gives us the opportunity to turn our lambs off their mums straight to the market at an average 45 - 50 kilograms live weight at an early age," he said.

"It was a very strong sale throughout but we were still able to purchase the rams we were chasing."

At the conclusion of the sale stud principal Ben Prentice was over the moon with the results this year.

The sale was conducted by Elders with Michael Glasser, GTSM, and Joe Wilks, Elders, the auctioneers.