There are now 150,000 trees in the ground across the North West properties. 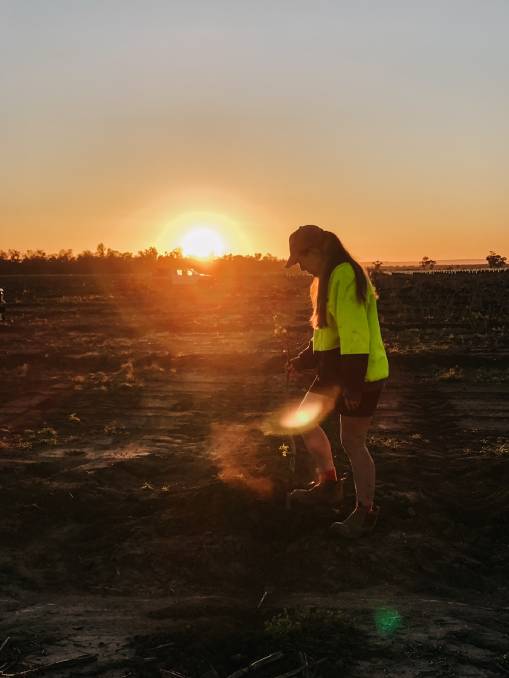 Trawalla has well and truly cemented its place as the largest pecan nut farm in the southern hemisphere, with close to 40,000 more pecan trees planted at the Pallamallawa property in north west NSW over the past few weeks.

A total of 39,000 pecan trees have been planted on 195 hectares of Trawalla's neighbouring property, Long Creek, over the past five weeks.

This brings the total number of trees in the ground on Stahmann Farms' Pallamallawa operation, including Trawalla, Red Bank and Loch Lomond, to 150,000.

The new additions are set to significantly boost production on the farm by the time they are ready to be harvested in five years' time.

"It's four to five years before we even think about shaking them, when the tree itself is seven years old," pecan business manager Dave Reibel said.

"These trees are two years old - they've spent two years in the nursery - one year to grow and then a year to graft. A lot of these are from our own nursery."

It's a denser spacing compared to the original orchard at Trawalla, where the planting is 10mx10m, and Mr Reibel said it should increase yield come harvest time.

"We've got more trees per hectare, so we're hoping we'll have more yield per hectare," he said.

"We'll also be able to harvest earlier, because it'll mean more trees down a row that can be shaken earlier.

"The only problem with pecans is it takes 20 years before you know if it's a good or bad decision. But that's the beauty of it - they're here for hundreds of years."

Yield is also expected to increase with the planting of more Wichita variety trees in the new block, which comprises of 75 per cent Wichita and 25 per cent Western Schley, compared to the 50-50 split at Trawalla.

"Wichita have been better yielding over the last 50 years at Trawalla," Mr Reibel said.

"We think this is probably the right ratio - we should have enough pollen from the Western Schley and more Wichita to get more yield."

The two varieties are interspersed by rows to facilitate cross-pollination, which takes place around September each year.

"They pollinate each other," Mr Reibel explained.

"Wichita has the flower and Western Schley has the pollen and then they switch and cross-pollinate each other twice."

Stahmann Farms' high security water licence is big enough to cover the water required for the new trees, which were due to be planted last year but planting was postponed due to the drought.

"We were worried we would plant and we'd have no allocation," Mr Reibel said.

"But we're in a lot better position now.

"We would normally trade with any leftover water we have, but moving forward all the water will be used for production, which is the best way to make money off it."

For harvest and planting they hired about 24 casual workers, mostly backpackers hailing from all over the world including Indonesia, New Zealand, Belgium, Germany, France, Argentina and Chile. While these workers have now finished at Trawalla, most have been able to secure harvest work around the district.